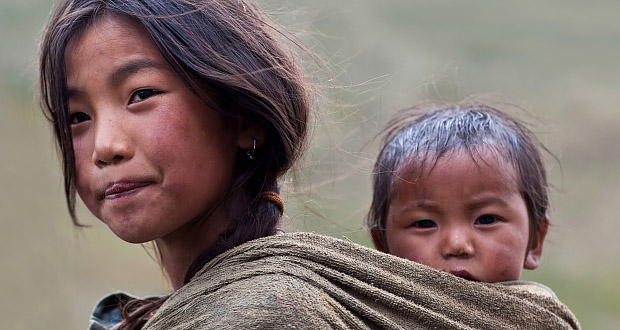 The Children of Hope

by Kevin Clark ” | Recently, I read the novel The Children of Men by P. D. James. The premise of the book is that sometime in the not too distant future, women stop conceiving and giving birth. The book takes place approximately 25 years after the last child was born, and so there are, on the face of the earth, no more children.

Recently, I read the novel The Children of Men by P. D. James. The premise of the book is that sometime in the not too distant future, women stop conceiving and giving birth.

The book takes place approximately 25 years after the last child was born, and so there are, on the face of the earth, no more children.

The lack of young people causes some obvious problems.

As time goes on, there are simply not enough young people to care for the older people, not enough strong backs to do the lifting which keeps society going.

But the impact is much more than simple physical inconvenience. The fact of no children has a strongly depressive impact on the psyche of individuals and societies.

Without children, without new human beings coming along, no one quite knows what to do. People don’t want to work, are unmotivated to get out of bed because human history is coming to an end, and there is nothing they can do to stop it.

It’s interesting to read a book in which the idea of having a child is looked at as a marvelous thing to be hoped for. So much of our modern society is against children, in theory and in practice.

The only Constitutional right that seems to matter, and which can never be infringed in any way, is the right to an abortion.

The Obama Administration has made scads of unilateral modifications to the Affordable Care Act, but the one thing it adamantly won’t change is the effort to force religious groups to pay for contraception, because without contraception life isn’t worth living. Society pays lip service that everything is “for the child”  but only so long as no actual children are allowed to scurry under foot.

Children were once a blessing. In the Old Testament, when the Lord promised physical goods to the people of Israel, children were one of the main goods promised.

When God first made the covenant with Abraham, he promised to “bless you and make your descendants as numerous as the stars in the sky and as the sand on the seashore.” (Genesis 22:17)

If the men of Israel would follow the laws of God he told them that “Your wife will be like a fruitful vine within your house; your children will be like olive shoots around your table.” (Psalm 128:3)

Of the value of children, the Psalmist wrote,

“Children are a heritage from the Lord, offspring a reward from him. Like arrows in the hands of a warrior are children born in one’s youth. Blessed is the man whose quiver is full of them.” (Psalm 127:5)

The people of ancient days took these promises from the Lord as a blessing.

Would people today take the words as a curse instead?

Throughout history, children have been seen not only as a blessing, but also as a sign of hope. Children mean that life goes on, that what we build goes on, that love goes on.

Children are literally a visible sign of the love of their parents, which is why St. Paul tells us that marriage is a mystery like the mystery of the Trinity, in which the love of the Father and the Son is fruitful and sends forth the Holy Spirit.

Perhaps it is exactly because children are a sign of hope that those who war against God also war against children. We see this throughout the world’s history, as with child sacrifice to the horrible idol god of Moloch. To be a devotee of Moloch required the willingness to give one’s own child to be destroyed.

The point was not only to kill the body of the child, but also to kill the soul of the parent. The modern practice of abortion is so closely akin to the worship of Moloch that it is hardly necessary to elaborate.

In this light, it is easy to understand why the Catholic Church must stand athwart history and boldly declare the fundamental goodness of bearing children.

The Christian couple in love conceives and in love bears the child into the sanctuary for Baptism, where the old child dies to sin, but unlike with Moloch, the new child is born into grace.