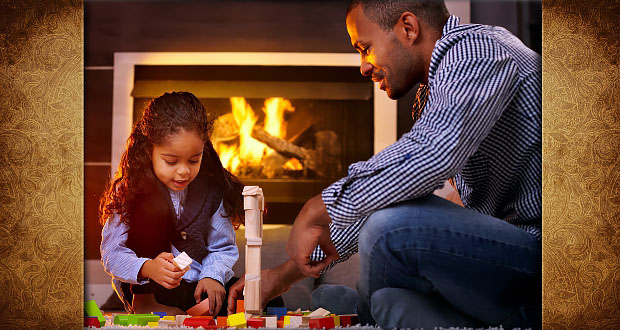 Glamor or Gratitude: Which Makes Us Happy?

The art of living is the cultivation of refinement, sensitivity, and appreciation that learns to value many things, especially the small, the simple, and the natural.

The glamour of the world dazzles the mind with size, space, novelty, and sensationalism, giving the impression that greater wealth, worldwide travel, new technologies, and exotic pleasures equal the sum of human happiness.

Proverbial literature and folktales, however, cherish the good in the simplest forms and in the most natural settings, illuminating an ancient truth that escapes the modern world: wonderful things happen to ordinary people who practice the simple virtues and perform the humblest duties.

The Sum of Little Things

In Kenneth Graham’s The Wind in the Willows Mr. Toad, the owner of Toad Mansion and the great traveler on the Open Road who is always on a new vehicle going to faraway places, cannot comprehend how Mr. Rat can find contentment in a simple cottage on the river where he dwells all year and never explores the wider world of new sights and foreign lands: “You surely don’t mean to stick to your dull fusty river all your life, and just live in a hole in a bank, and boat. I want to show you the world.”

For Mr. Toad, big is glamorous, fast is intoxicating, and motion is adventurous: “Travel, change, interest, excitement! The whole world before you, and a horizon that’s always changing!”

Yet Mr. Rat’s modest home, humble life, and simple pleasures—though a small space compared to Mr. Toad’s travels on the Open Road—are a universe. A small place can be a big world as Mr. Rat explains: “It’s my world, and I don’t want any other . . . Lord! The times we’ve had together! Whether in winter or summer, spring or autumn, it’s always got its fun and its excitements.”

While Mr. Toad is boasting of his exploits in his canary carts and automobiles, Rat welcomes his friend Mole with hospitality, hosts a picnic for his guest, enjoys boating on the river, and spends the evening by his fireside telling stories and enjoying the company and conversation of his visitor. Just as a small place can be a big world because happiness is the sum of little things, a big world can be a small place—a lonely, friendless existence as Mole discovers when he wanders into Wild Wood and loses his way in a forest populated by hostile animals.

The Power of the Sun and Moon

In the Grimm folktales many characters that fantasize about bigger homes, more wealth, and greater power experience the shock of reality when they learn that bigness does not equal happiness. In “The Fisherman and His Wife” a husband relates that he caught a big fish but threw it back into the water because the fish pleaded for its life, claiming “I am an enchanted prince, put me in the water again, and let me go.”

The wife chides her husband for not asking a favor in return for his good deed. She insists that he request a cottage from the fish, one good deed deserving another. To improve their condition from living in a ditch to residing in a house, the fish grants this favor. When the couple enter their new home—a small dwelling with a parlor, bedroom, kitchen, flower garden, and courtyard—the fisherman finds great contentment: “‘Ah!’ said the fisherman, ‘how happily we shall live!’”

This small place is a big world to the husband, but the wife soon wants a bigger place: a castle, more property, many servants, golden furniture, and woods a half-mile long. She imagines that big is great and small is nothing.

The following day the wife wants not just the big and the bigger but the biggest. She demands from the fish the dominions of the king with its throne of diamonds and its golden crown. Next she asks for the possessions of the emperor and “a great crown on her head full two yards high.” Then she seeks the power of the pope to sit on “a throne that was two miles high.” Big has no limit, and now she seeks the infinite.

After the fish grants all these wishes with greater riches of gold and higher crowns and thrones, the wife aspires to gain the power of the sun and moon—the greatest of all—only to be sent to her original home in the ditch again. Her sense of bigness soon amounts to nothing.

Human beings do not require ever-increasing riches, larger lands and estates, the novelty of new and rare pleasures, and endless travel to find contentment. Mr. Rat’s life on the river, in the boat, and in the hole offered enough for a complete human life of work and play, of regularity and variety, and of quietness and friendship to make his simple, humble life “a world” of inexhaustible pleasures enough for a lifetime.

The fisherman also, grateful for the cottage that replaced the ditch, never dreams of riches or fantasizes about bigness. Finally the wife’s craving for bigger, more, and greater proves that size is an illusion of happiness. Soon the sea darkens, a whirlwind tosses the waves, the waves seethe, a tempest rages, and thunder and lightning roar and flash as “great black waves like mountains” reduce to nothing all the worldly pomp and treasure the wife deemed essential for her happiness.

All that Mole found in Rat’s home—a friend, a fireplace, a hospitable welcome, and the pleasure of conversation—provided him a peace and contentment that none of the grandiose possessions of the wife gave to her life.

Never does she experience the exquisite pleasure that Mole finds in the boat and hole that Mr. Toad found too small:

“Supper was a most cheerful meal; but shortly afterwards a terribly sleepy Mole had to be escorted upstairs by his considerate host, to the best bedroom, where he soon laid his head on his pillow in great peace and contentment, knowing that his new-found friend the River was lapping the sill of his window.”