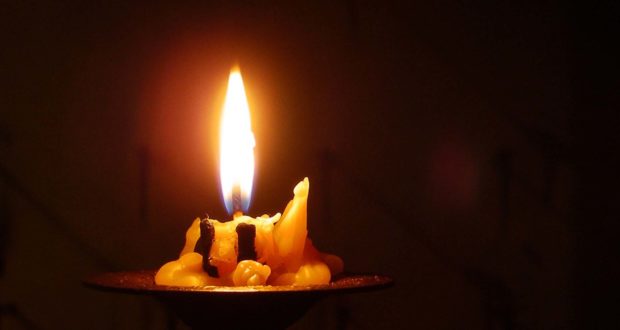 Holy Habits in the Home

Francis Cardinal George, the Archbishop of Chicago, on Catholic radio discussed the challenges facing the young men in the seminary. Vocations to the priesthood are up in Chicago, due in no small part to men from countries such as Mexico, Poland and the Philippines who come here to serve the Church in the U.S. While all the seminarians are pious and enthusiastic, the local men face special issues. The men from foreign lands grew up in observant homes in vibrant Catholic cultures, while the Chicago men grew up … well, here.

With a few notable exceptions, most U.S. communities are decidedly secular, and most Catholic families worship only for an hour on Sunday. Pious practices in the home have all but disappeared, making it more difficult for seminarians to adapt to a life filled with devotions.

His Eminence’s remarks made me think about my own childhood, at a time when vocations to the priesthood and religious life were vigorous, and when Catholics were well-known for their stable marriages, large supportive families, and strong work ethic. Churches were filled to the rafters and spilled over into the street on Sundays for each of the several Masses offered. They were pretty busy every other day as well, with each parish having its own rosary society, altar society, sodality of Our Lady, choir, novena to a favorite saint, parish schools and CYO sports, ushers, and double lines outside every confessional on Saturday. The common environment and practices of the typical Catholic home fostered this vigorous parish life, and we homeschooling families have a unique opportunity to resurrect many of these holy habits in our homes, by what we see, what we say and what we do.

In the Italian-American neighborhood where I grew up, any passer-by could see which home was occupied by a Catholic family because of the statue of Our Lady, St. Anthony, or St. Francis on the lawn. It was not uncommon for those entering a house to bless themselves with holy water from a tiny font next to the front door. A favorite spot was a “shrine” to the Blessed Mother with a statue set up on a buffet or dresser, often surrounded by photos of deceased relatives. We children would adorn the shrine with vases of flowers lovingly picked by tiny hands. Every child received his or her first really nice rosary at First Holy Communion and these were often displayed on our dressers. Missals were another common gift and we felt grown-up when we bookmarked them with holy cards our parents brought home from wakes they attended. We all wore medals or crucifixes. The presence of all these holy items was a constant reminder of our Catholic identity.

In earlier times in our own country, and right now in some countries, prayer fills the day of faithful Catholics. During my childhood, Catholic children were told to stow shoes and slippers far under their beds at night. The next morning, when we got on our knees to retrieve the footwear, we had already “assumed the position” for morning prayers. Long before I knew the Fatima Morning Offering, I memorized a simpler version:

Good morning, dear Jesus,
This day is for you.
I ask You to bless
All I think, say, and do.

Meals were preceded by grace. Classes in school always started with the Sign of the Cross and a Hail Mary. We said an Act of Contrition before we left for home because, as one sister thoughtfully pointed out, “You might get hit by a car on the way home, and I want to know you had final penitence.” After dinner, many families had the habit of saying a rosary, and as soon as we were old enough to understand right from wrong, we children were encouraged to examine our consciences at bedtime. Younger children may not have memorized the Ten Commandments, but were taught a simple examen to help us remember them.

When we were in bed, my mother would come in and say prayers with us. (Children shared rooms in those days, so she only had to do it once.) I cannot remember a time when I did not know the Sign of the Cross, the Our Father, or the Hail Mary. Years later she told us that she had trained her children much like Pavlov trained his dogs. Before we said the last “Amen,” little eyes were already closed.

Our actions at home and in the neighborhood offered even more reminders of the Faith. Of course, every Catholic, even the non-observant, abstained from meat on Fridays. (Interestingly, the bishops of England and Wales have just re-established meatless Fridays in their country.) A siren from an ambulance reminded us to cross ourselves. When men passed a Catholic church, they would tip their hats in honor of the Blessed Sacrament in the tabernacle. Some ladies would cross themselves, but I was taught to trace a cross on my forehead. Of course, we would often stop in to make a visit or light a candle.

The Lord’s Day was a special occasion every week. Only emergency workers actually worked. A few retail establishments like bakeries or coffee shops were open on Sunday morning, but everything else was closed. Yard work and household chores were for Saturday; Sundays meant church, company, and Sunday dinner.

Growing up in this environment anchored Catholicism and Catholic customs in our bones. I have no way of knowing whether or not all of the dozens and dozens of children who grew up on my block necessarily stayed faithful. What I do know is they fully understood what they were leaving or what they would cling to for life.

In a few places in the United States, often near colleges faithful to the magisterium, families work hard to create this type of Catholic environment. This is a movement that needs to grow. It starts with holy habits in the home.