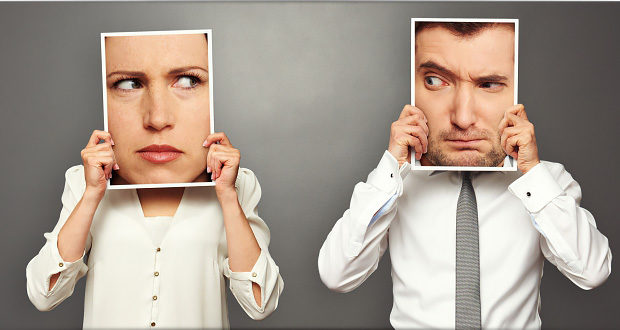 Judging and Being Judgmental: How To Do It?

The art of living requires a person to make many judgments, often on the basis of a first impression which may either reflect or conceal the truth.

Of course civility dictates that a person strive to make a good appearance that befits the occasion in an honest expression of who he or she is, and the person in the role of judge must take into consideration the fact that a first impression may be insufficient grounds for a correct interpretation.

G.K. Chesterton observed that human beings are more “real” than imagined or determined by a first impression, because of the depths of the human person and the whole story of that person’s life that no first impression can possibly reveal.

Dickens’ David Copperfield depicts the autobiography of the main character who encounters  people from all walks of life in his lifetime, from fishermen to aristocrats and people of all temperaments – his eccentric Aunt Betsey always chasing the donkeys from her property to the sophisticated pauper Mr. Micawber always waiting for “something to turn up” to escape debtors’ prison one more time.

David’s experience in the world with the enormous variety of human nature that he discovers in his personal and public life teach him how to judge a person’s true character and not be deceived by appearances, first impressions, or rash judgments.

David learned from his mother that his Aunt Betsey Trotwood had appeared at the time of his birth to rejoice in welcoming a niece into the world only to be disappointed upon the news that a nephew had been born. Upon hearing the news that the physician had delivered the child and announced “it’s a boy,” Aunt Betsey, without uttering a word, “took her bonnet by the strings, in the manner of a sling, aimed a blow at Mr. Chillip’s head with it, put it on bent, walked out, and never came back.” Of course Aunt Betsey gives the appearance of acting strange, making no favorable impression, and departing out of David’s life forever.

However, twelve years later when David is left an orphan and struggles in London suffering a wretched life and performing child labor in a wine factory, he remembers the story about the eccentric relative at his birth and travels for several days on foot to beg the help of Aunt Betsey. He discovers a kind, compassionate woman who adopts him as her son and blesses him with motherly love. The stern, austere woman melts with all the affection of her maternal heart when she beholds the destitute child pleading for a home. David was fortunate in not pre-judging his aunt by the first impression she made at David’s birth.

As a schoolboy at Salem House, David receives a most favorable impression of an older boy, James Steerforth, who befriends him as a lonely, homesick student. Steerforth strikes David as a noble older brother protecting a young sibling with special care and helping him with his studies. David speaks glowingly of Steerforth as a young boy’s image of a hero and a natural leader: “He was a person of great power in my eyes’” and “I admired and loved him, and his approval was enough.”

When David and Steerforth reunite years later as young men, David admiringly introduces him to a beloved childhood friend, Little Emily (“He’s such a generous, fine, noble fellow”). When David announces the news of her engagement to Ham, a simple fisherman in Yarmouth, never did David imagine that his gallant friend would seduce Emily, ruin her engagement, break Ham’s heart, and disgrace her family. David’s first impressions and Steerforth’s pose as true friend belie his destructive, self-centered egoism that exploits people after charming them.

While David always felt great affection for Emily’s father, Mr. Peggotty, and fiancé, Ham, he never viewed them as noble, magnanimous men like the dashing Steerforth. Yet in the course of the novel David reserves his highest praise for the simple fisherman who adopted Emily, searched everywhere to save her from despair after her elopement, and forgave her as a prodigal daughter. When Mr. Peggotty sacrifices his simple happiness as a fisherman in England for a new life in Australia with Emily to spare her from the shame of her past, David remarks, “And if ever I have loved and honored any man, I have loved and honored that man in my soul.”

Never did David realize that when the condescending Steerforth belittled Ham as a simpleton, a “chuckleheaded fellow” unworthy of marrying the beautiful Emily, that the friend he idolized as childhood hero would appear contemptible beside the courage of Ham who died in a raging tempest at sea while swimming to rescue the shipwrecked Steerforth who ruined his marriage. Mr. Peggotty and Ham, two humble fishermen, emerge as “the salt of the earth”—far greater men than David ever imagined upon meeting them.

As Dickens shows, it is premature to judge a person’s character on the basis of eccentricities, social class, educational achievement, or first impressions. The genteel Mr. Micawber with his literary flourishes and elegant diction does not provide for his family as responsibly as the humble Mr. Peggotty in his life as fisherman. The handsome aristocrat who promised to marry and make Emily a lady is not as true as the simple Ham whose word is golden. The outspoken, whimsical aunt who renounced her nephew because of the accident of sex welcomes him with open arms when she pities the plight of a child with no parents and no home.

“By their fruits you shall know them,” as Christ teaches. The ultimate test of character and the true measure of worth rest upon a person’s moral choices and habits of virtue, the consistent fulfillment of moral obligations in all times, in all places, and to all people—not style, image, reputation, or temperament.

To dismiss Aunt Betsey as odd, Mr. Peggotty as rustic, and Ham as simpleton ignore the goodness of their bountiful hearts that adopt children, sacrifice greatly for the ones they love, and offer unconditional love in the entire course of their lifetime.

As David said of the goodness of Ham, “His whole life is a kindness.” And as Emily said to Ham about his constant love and Mr. Peggotty’s devotion to his family, “When I find what you are, and what uncle is, I think what God must be, and can cry to him.”