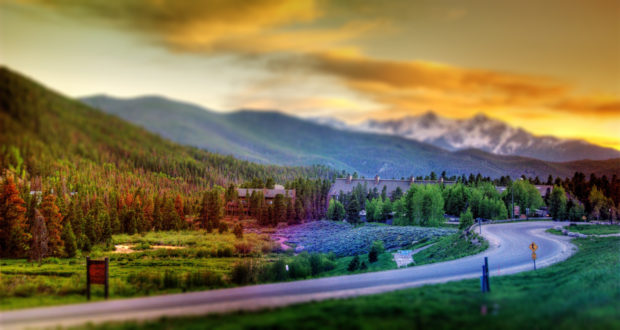 Over the last couple of weeks, my wife and I took our four youngest children (ages 9 to 14) on a grand tour of the United States.

We drove through twenty states and logged a total of 5600 miles on the car. It was as crazy as it sounds. Since few people are nutty enough to embark on such a journey, I will report on some of the things that I learned on this trip.

1. The United States is truly an amazing place, with many incredible things to see. 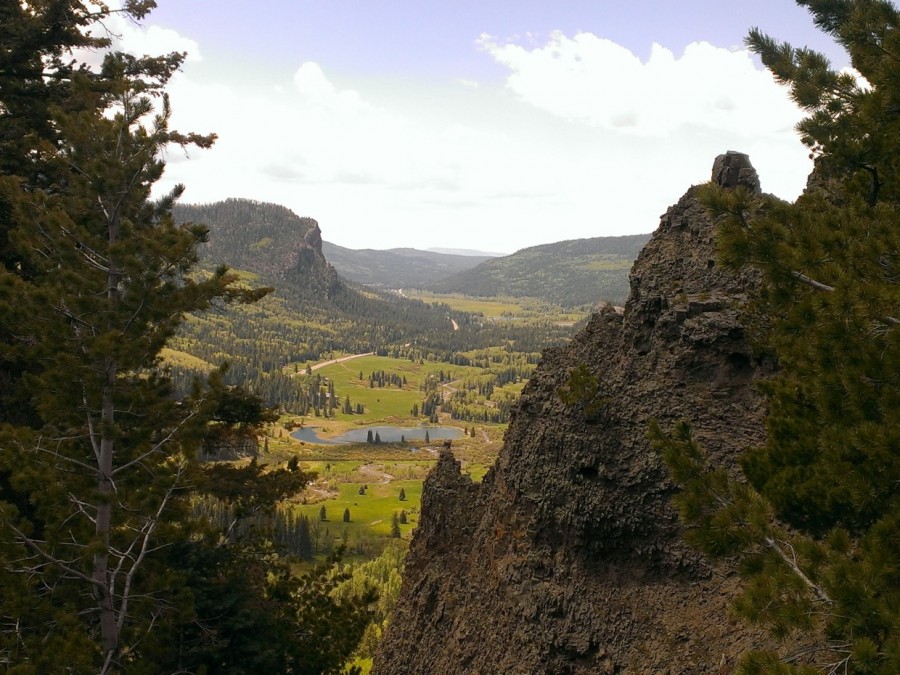 A high valley in the Rockies

The landscape is constantly changing—well, perhaps not constantly, but often. Driving through it is long, but at least for me, it is not boring. Starting out from Blue Ridge Mountains in eastern Virginia, we passed into western Virginia and breathtaking vistas. From there, we entered the sharply ascending and descending hills of West Virginia and Kentucky. We drove along the Ohio River and crossed Indiana and Illinois into St. Louis and it’s magnificent Arch.

From there it was on to the plains, until the still snow-covered Rocky Mountains came into view. Over the Rockies, the sandstone monuments and deep canyons of the Colorado Plateau beckoned. Then, like a mirage in the middle of nowhere, the inimitable Las Vegas sparkled in the desert. Up then, to the Great Salt Lake, lying like an ocean among the surrounding bluffs. Then onto the high prairies of Wyoming and South Dakota.

I must especially single out South Dakota here, because it is something like 440 miles wide and it seems to take an eternity to drive across. But it is not monotonous. At the western edge, and granite cliffs seemingly rise out of nowhere to vast heights. In the middle lie the spectacular formations known as The Badlands. In the east, the mountains give way to the prairies. You pass through the state slowly, but really, that’s the only way you’d want to pass through it. 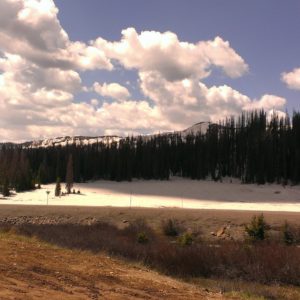 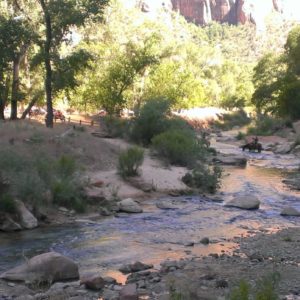 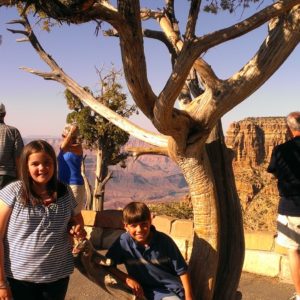 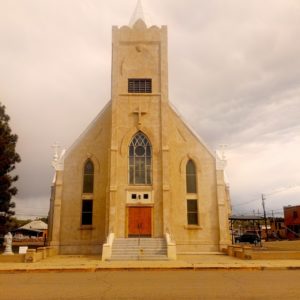 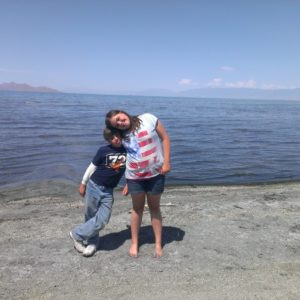 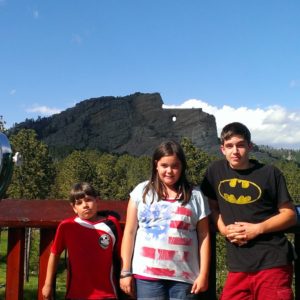 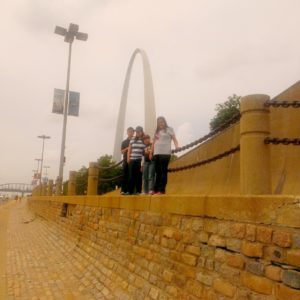 2. The United States is empty of people.

Yes, there are many things to see on a trip around the country, but people are not among them. You can travel for miles and miles on back roads and hardly ever see a person, let alone a house. Driving through southeastern Colorado, we looked on the map for which town we might be coming to. When we reached what on the map seemed to be a town, we found out it was really nothing more than a grain silo. Not even a post office, just a grain silo.

Traveling through the United States is almost like traveling through the solar system. There is a vast amount of nothingness, punctuated by a quick somethingness, and then a return to nothingness. They say there is an overpopulation problem in the world, but I suspect that increasing the population of the United States by tenfold would be hardly noticeable. 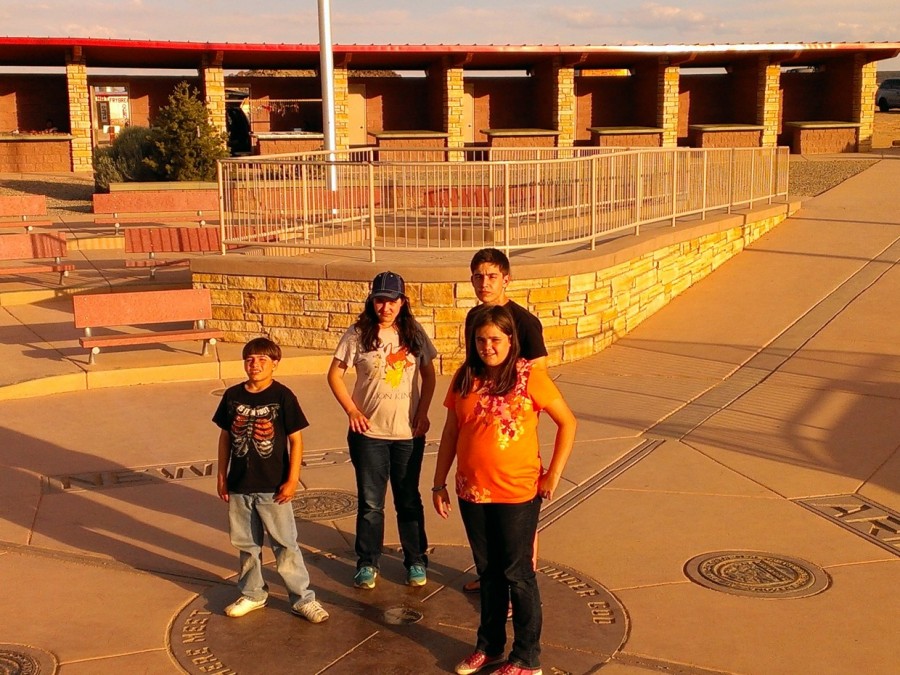 The children all in a different state

3. You never know what will interest children.

We took the children to the Grand Canyon and other spectacular places, which they certainly enjoyed, but the highlight of the trip for them was the Four Corners monument, where New Mexico, Colorado, Utah, and Arizona all come together. I didn’t even want to go to the monument, because it cost us $30 to get in, and it’s really little more than a concrete marker in the ground. $30 to get a few photos seemed like $30 too much to me.

But the kids loved it. They loved standing in all four states at once, and running around in a circle to all four states. They got down on hands and knees so that one limb was touching each state. Go figure. 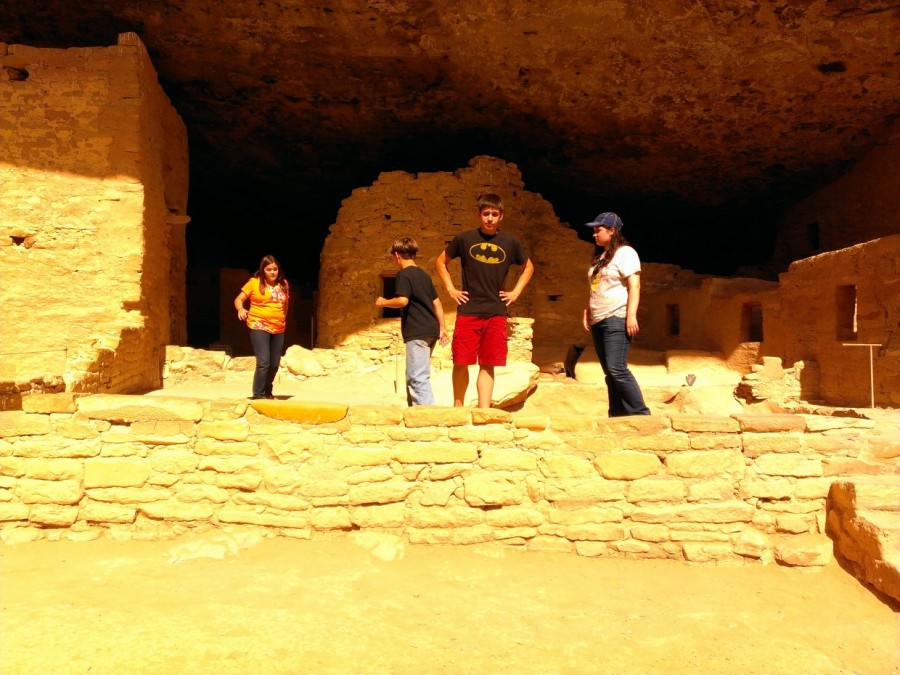 At the ancient cliff dwellings in Mesa Verde National Park

4. Portable DVD players are a life-saver.

I have to admit, I felt a little bad that the kids watched a bunch of movies as we drove around the country. I wish they had been more interested in the scenery, and we did have them turn the movies off while we were actually in the National Parks.

But honestly, it was a lot of driving, and there was much less restlessness and contention because of those DVD players. A system with two screens that attaches to the back of the seats cost less than $100, and it would have been worth five times that.

5. Walmarts are exactly the same everywhere. 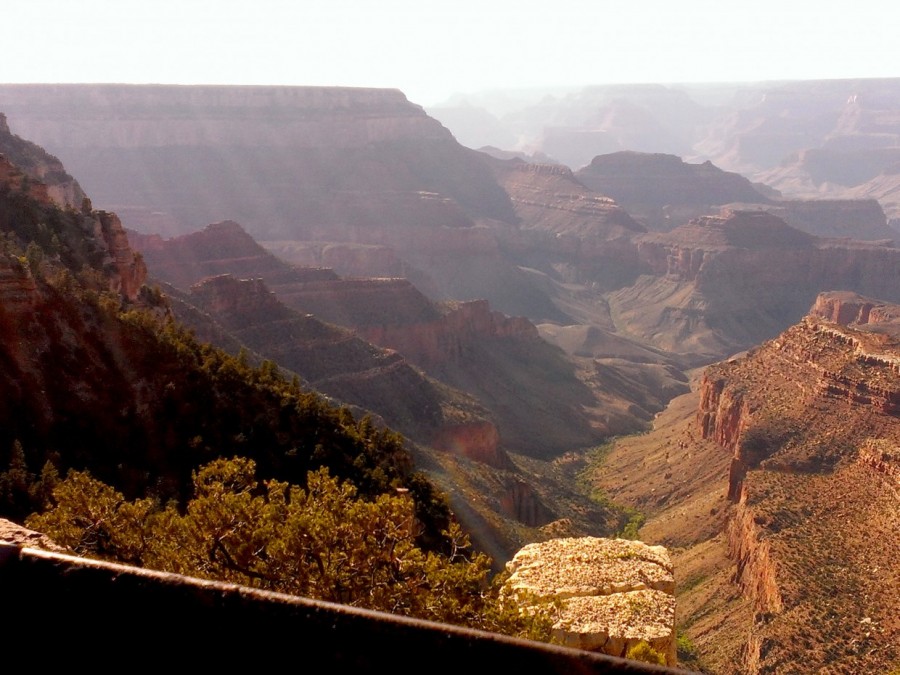 The afternoon sun streaming into the Grand Canyon

6. The world is not accommodating to large families.

Really, I didn’t learn this on the trip because I already knew it. But one of the most difficult parts of the trip was simply finding a hotel where we could spend the night. The number of hotels that offer rooms which sleep six is very small. The alternative was to get two rooms and split up the family, but that was usually much more expensive.  We found that the two best hotels for families are Comfort Inn and Cambria Suites. Also, there is a great website called Six Suitcase Travel which lists hotels that have larger rooms.  The data was not always accurate, but it was helpful.

If any place in the United States is accommodating to large families, it’s Utah. We had no problem finding hotels there. And when we stopped outside of Salt Lake City at a Chick-fil-A, the place was teeming with kids. I have always loved the landscapes of Utah, but that gave me a better appreciation for the people of Utah as well.

Yeah, we overdid it, not only going to the southwest but also hopping up north to Wyoming and South Dakota. Even so, we couldn’t do everything. We decided not to drive all the way to the Pacific Ocean. We didn’t make it to Yosemite or to Yellowstone. When everything is so far apart, You have to draw the line somewhere. But it was an unforgettable experience. I wouldn’t want to do it again, but it was worth overdoing once.

Much of what brings us together with friends and family is shared memories. Whenever two old friends meet after scores of years apart, you can be sure that the phrase, “Do you remember the time …” will start many utterances.

Our trip to all these landmarks has made a shared memory for my children, my wife, and me, and I can imagine at a Christmas gathering many years hence, when the children, then with children their own, will say to each other, “Do you remember the time we drove around the country and …”