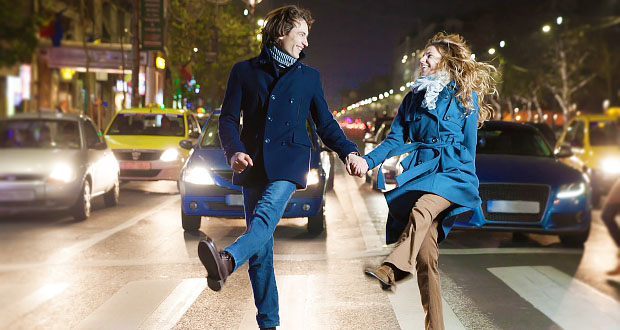 How We’re Meant to Live Life – With Joy, Beauty and Friends

In Willa Cather’s My Antonia, Jimmy Burden, the narrator who relates the story of his life in Nebraska and the lives of the immigrant families who settled in the Midwest, recalls an illuminating moment in his study of Virgil at the University of Nebraska.

Studying The Georgics under a great teacher, Gaston Cleric, Jimmy meditates on a line of the poem that the professor explicated with special insight: “Primus ego in patriam mecum … deducam Musas,” which he translates as “for I shall be the first, if I live, to bring the Muse into my country.”

Professor Cleric commented that the word patriam (fatherland) did not mean merely the nation or province but also “the little neighborhood.”

Having learned of the Muses from the Greeks, Virgil envisioned bringing them “not to the capital, to the palatia Romana, but to his own little ‘country’; to his father’s fields, ‘sloping down to the river and to the old beech trees with broken tops’.”

The nine Muses, the goddesses of inspiration who preside over the arts of song, poetry, drama, and dance should not be confined to famous cultural centers or cosmopolitan cities but fill the lives of all citizens in every small town, village, or farm. As professor and student are discussing the importance of the Muses to a civilized human life, Cleric ends the conversation with the conviction that Virgil’s greatest triumph was not the Aeneid but his transmission of the Muses to the Roman people: “. . . he must have said to himself, with the thankfulness of a good man, ‘I was the first to bring the Muse into my country’.”

Jimmy learns from his master the invaluable lesson about the arts that humanize, civilize, and refine human nature and beautify daily life. Enlightened by this discovery and moved by “a great feeling,” Jimmy hears a knock at the door and welcomes Lena Lengard, a dear friend with whom he shares the fondest memories of childhood on the farm.

As Jim and Lena renew their friendship and recollect their past, Jim soon applies Professor Cleric’s lesson on Virgil to life on the prairie in Nebraska. Remembering all the immigrant girls he played with—Antonia, Lena, Tiny, the Danish laundry girls, and the three Bohemian Marys—he understands the idea of the Muses even more profoundly: “If there were no girls like them in the world, there would be no poetry.”

After Lena’s visit Jim feels young at heart, lightened of life’s cares and anxieties, and renewed in spirit and energy. Jim notices that the room “seemed much pleasanter than before” and that Lena “had left something warm and friendly in the lamplight.” Lena has an effect on Jim that the Muses leave after their visit. She makes him feel alive, vibrant, and in love with life again.

As Plato remarked of the Muses, their inspiration invigorates world-weary man so that he may recover from the toil of work, stand erect, and walk again: “But the gods, taking pity on human beings—a race born to labor—gave them regularly recurring divine festivals, as a means of refreshment from their fatigue; they gave them the Muses . . . to the end that, after refreshing themselves in the company of the gods, they might return to an upright posture.”

The Joy of Recreation

The immigrant girls like Lena and Antonia bring the Muses and poetry into Jim’s life by their sheer love of life, their pure love of fun, their delight in beauty, their spontaneous gestures of friendship and affection, and their overflowing hearts that share happiness with others. Antonia introduces Jim to her love of dancing, Lena invites Jim to go to the theater with her, and they with the other immigrant girls surprise Jim with an invitation to join their picnic.

Although they all work long hours as “hired women” doing domestic work in town like cooking and sewing to provide for younger siblings and parents, they do not neglect the life of the spirit and the joy of recreation. Jim observes how the girls wear elegant clothing, dress handsomely, and radiate beauty. He remarks, “Deep down in each of them there was a kind of hearty joviality, a relish of life, not overdelicate, but very invigorating.” Their delight in children, their love of cooking (“They liked to prepare rich, hearty food and to see people eat it”), and their passion for music touched all the lives they enriched with their presence and friendship.

Jim never ceases to distinguish these immigrant girls from the daughters of the Black Hawk merchants who pale beside them. While the American pioneers who settled in Nebraska viewed the Bohemian girls as “ignorant people who couldn’t speak English,” as hired women who lowered their dignity by doing menial work and going “into service,” and as wild country girls who were “a menace to the social order,” Jim always admired their skill in cooking, their ability as housekeepers, and their devotion to their families as they gave their earnings to their father and provided education for the younger children.

Jim constantly observed that these immigrant girls were always more interesting and fascinating than the daughters of the Nebraska merchants who were “too refined” for any type of work besides school teaching and who danced with lifeless bodies (“their muscles seemed to ask but one thing—not to be disturbed”). Compared to these demure, delicate daughters of the conventional merchants, the immigrant girls impressed Jim with “a vigour which . . . developed into a positive carriage and freedom of movement, and made them conspicuous among Black Hawk women.” Like the Muses who bring joy to all who hear their song, these girls infuse a love of life into all the hearts they touch.

Although the native Midwesterners viewed the immigrant girls as immodest, flirtatious, too attractive, or too stylishly dressed, Jim compliments them as women who liked to be beautiful without being squeamish about the natural allure they possessed. When Saturday night dances grew in popularity in Black Hawk, the Bohemian girls reveled in the thought of appearing at their loveliest, wearing new dresses, and dancing to their hearts’ delight—a pastime that the Puritanical members of the town disapproved. Antonia’s employers, Mr. and Mrs. Harling, also found dancing disreputable, and Jim’s Baptist grandfather forbade him to attend the dances.

The Harlings give Antonia an ultimatum: “You can quit going to those dances, or you can hunt another place. Think it over.” Either Antonia can work and receive good wages from a respectable family or lose her position and seek employment elsewhere. Antonia refuses to live without the Muses and to sacrifice the joy of dancing and the pleasure of friendship for the sole purpose of money. Without a second thought, Antonia resolves, “Then I’ll just have to leave, Mrs. Harling.”

As St. Thomas Aquinas stated, “No man can live without pleasure.” To live without innocent recreations, festive occasions, and good friendships is a dehumanized existence. Antonia cannot imagine living without the joy of dancing: “Stop going to the tent? . . . I wouldn’t think of it for a minute! My own father couldn’t make me stop! . . . . I won’t give up my friends.”

The Muses, then, belong everywhere—in Rome and in Black Hawk, Nebraska. No truly human life flourishes without poetry and song. Without the music, theater, dance, picnics, and fun that Antonia and Lena bring to others, life is reduced to a mere struggle for survival.

Without the hospitality, laughter, exuberance, and beauty of women like Lena and Antonia who bring the inspiration of the Muses into all the walks of daily life, human existence amounts to nothing more than the drudgery of toil.