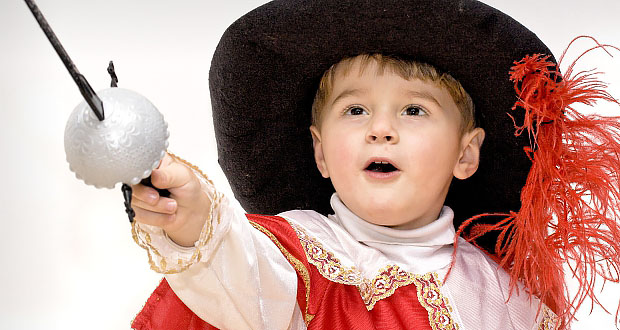 Shakespeare, Swordfights and Other Small Moments

One boy’s huge chocolate-brown eyes peering over a splayed hand of Uno; the other’s pensive azure-blue eyes taking in a thick, just home from the library, novel. Adventures both.

The little things, the quiet moments.

Yes, it’s the many years, a decade and a half by now, of Christmas morning memories: The family video of flannel feet-y- pajama clad kids excitedly zipping down the stairs to squealingly uncover a myriad of treasures peeking from stockings, peering from under The Tree. It’s capturing the awed whispers of “H-O-W did Santa know I would love this??”

It’s the framed birthday cake photos, number candle poking askew atop whipped confection, huge, often toothless grin, on crowned head. And the always party theme-accessorized honoree: western, pirate, fire fighter, space, science, medieval. One year, he wants to grow up to be King Arthur; the next, Neil Armstrong; the next, Watson or Crick. The friends, growing closer and ever present, gathered through the years, on the periphery, yet vital to them, to us. Crowding, sidling up to the birthday boy, gathering, smiling and excited, into The Cake Picture.

But it is also the unspoken. The camaraderie, the presence, the connection. So sublime; for it, there are no words. Words spoken and written and shared: once made known, once out there, already invade the intimacy, the deeply layered parent-child bond.

Sitting side by side, one son grappling with Latin adverbs, the other conquering ratios. Immersed in Narnia, in recreating a favorite van Gogh, or in crafting an Egyptian pharaoh’s staff on a sun dappled deck hour after hour, while the question of “What’s for dinner?” looms unanswered. Actually, unthought-of, most days. The laundry waits and the carpet remains unvacuumed.

This is why we both came to be. For this. Everything leads to this, our calling.

To humbly accept this beautiful calling and to nourish our small souls unceasingly throughout and from the beginning. To nurture and love and teach and pass on to our own, the ideals that we value. More than we value a second paycheck. More than we value the “stuff” of life.

The small things. What matter. What we pray that, decades from now, will resonate for our adult children as, while not the picture of perfection, will be a collage of ever-present-family and bliss filled moments that each can embrace and call Childhood.

Stepping back in time to explore the mystery of history; marveling when scientific principles are revealed, when mathematical concepts are grasped. The edifying crack of the ball against the bat, the mastery of the elusive chord, the inaugural two wheeled ride sans training wheels, and yes the dropped glass of milk, the lost beloved stuffed pup, the birthday party to which he was not invited. We are there for it all. We nurture and provide the constancy in order for them to become independent. And aren’t we blessed? Is this not the greatest gift?

All I need endure is an occasional mountain of dirty baseball and soccer effects, breakfast crumbs littering the floor, splattered craft paint and piles of schoolwork yet to be tackled.

I admit that I did not fully realize the magnitude of the precious gift of parenthood until a decade and a half ago when I became a mother. And I find it unfathomable that one day my sons will drive, master calculus, interpret Homer, translate foreign languages, be involved in concepts of which I have not a drop of knowledge, be taller than me, not want me around, get married, be fathers, be contributing and productive members of society.

My babies. I pray that all this will come in time… for that is the healthiness of growth and separation. I pray for it; but I don’t want it.

Christine was an elementary teacher for many years and is now in her tenth year of homeschooling her lively, lovable boys! Her essays have been included in several book collections and magazines; she’s also a regular contributor to CatholicMom.com. Please stop by and visit her home on the web, Campfires and Cleats! She is also an active member of the Catholic Bloggers Network.