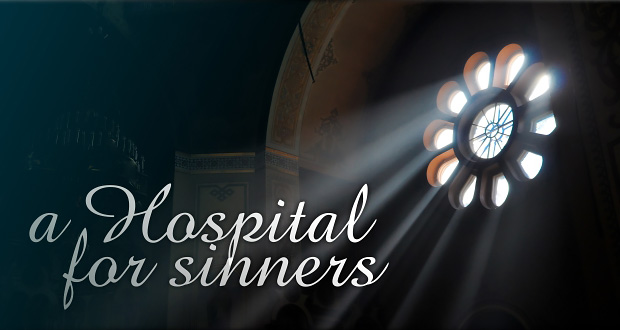 “What Does it Mean to Preach to the Whole World?”

A book recently appeared which relates the conversion story of Rosaria Butterfield, a university literature professor who for many years lived an “alternative lifestyle.” The Secret Thoughts of an Unlikely Convert details the interesting process of a move from rabid secularism to fervent belief.

Although she actually became a member of a conservative Calvinist congregation, her story brought to mind the teaching of our current Holy Father regarding evangelizing in the streets!

Impacted by the Bible

In her courses Professor Butterfield had occasion to read the Bible as just another piece of literature to be analyzed and studied objectively. She rapidly found that such an approach to Scripture simply did not work; she could make no headway in understanding what appeared to be a random collection of widely divergent writing styles and literary genres. Through a series of “coincidences” she came into contact with a Presbyterian minister who agreed to help guide her through the intricacies of Biblical writing. He did not condemn, he did not proselytize, he did not preach to her: he befriended her in the certain knowledge that the Word of God would do the necessary work without his intervention.

Over a period of some months, they met regularly, usually at the minister’s house with his wife providing wonderful meals and her own special insights. Of course, at some point the professor ran into the inevitable question: “What if this is true?” So began a process involving a complete makeover for a troubled life.

As it happens, the Presbyterian congregation involved was a rather traditional group. There were a number of families fully devoted to home-schooling; the mothers were not so very certain about associating with a “woman with a past,” but Professor Butterfield would confront them with “Jesus forgave the adulterous woman. What are YOU going to do about ME?” Needless to say, the process was a healthy one for all involved.

The professor became a springboard for spiritual struggle and growth; she asked questions which all Christians must ask (and answer!): “I gave up a girl friend to be here. What did you give up?” A rather staid church found itself actively confronting a world which they had tended to ignore, even to shun. Pink Mohawks and chain-bedecked leathers began to be seen at Sunday worship services.

A new energy and purpose steadily grew among the congregation; they were forced out of their insular attitudes and petty prejudices in order to confront the vast question, “What does it mean to preach to the whole world?”

The American world increasingly includes those sporting pink Mohawks, those whose Sunday best consists of the biker’s standard leather and chains, aimless youth, the disoriented abusers of drugs, souls diseased in body and spirit, and all of them beloved by God. They must each of them be loved by us, because it is only through our touch, our contact with them, that they can come to know the love of Christ. This is what the Holy Father is asking, that we do not simply nurture our faith in church and in our homes. If the faith taught by Jesus Christ is to live, He must be carried into the streets and proclaimed to the most miserable and pitiable of His people.

There is a story about Bishop Bergoglio when he was first consecrated in Buenos Aires. Each day, the parish priests with some of the faithful would distribute food in the poor sections of the city. Bishop Bergoglio approved of the practice, but he did insist that before the food was taken to the streets, everyone involved must spend an hour in Eucharistic adoration. The food would then be distributed, but it would be understood that more was involved than simple social action. Adoration would ensure that Christ was taken to the people along with the food. Physical nourishment became a complete ministry; while taking care of the bodily needs there was added the incredibly important dimension of feeding souls spiritually as well. The spiritual nourishment taken to the streets vastly enhanced the chance that the people could then be brought back to Christ.

Discipleship is tough; the costs involved go well beyond simply dropping money into a collection plate. Engaging with those who most need Christ is exhausting and usually emotionally draining. A thank you is not to be expected, while often enough a curse might be the reward. Seeds planted in a soul may not take root for years, and so a tangible result may never be observed.

Taking Sheep out of the Fold: A Muslim Chief’s Example

There is a missionary priest in Africa whose work involves a semi-nomadic Moslem tribe of shepherds on the Sahara’s southern fringes. Father Paul Quillet, S.M.A, once delivered a sermon in his home country of France which touches on precisely what discipleship means: each morning he witnessed the chief of the tribe rising and immediately going to the flock. He greeted each sheep by name, and caressed each individually. Only after tending to the sheep did the chief greet his family and other members of his tribe and eat his breakfast.

Father Paul saw in this Moslem chieftain what Jesus meant when he enjoined believers to leave family and friends to tend to God’s business. Small wonder that Father Paul chose to make Psalm 23 his first translation of Scripture into Fulani, the local language: “The Lord is my Shepherd; I shall not want…” His people immediately understood the imagery of the Psalm; they see the principle in action every day. Father Paul also completely grasped the meaning of Pope Francis’ remark that pastors must be impregnated with the smell of the sheep!

Father Paul has yet to see conversion among the Moslems; any conversion must involve an entire social group, the whole tribe. Individual Moslem converts are immediately cast out from society; they have no work and can even starve to death without any social support. Yet, Father Paul is not a failure, nor does he see himself as such. He recognizes that he has been given by God a unique monastic calling to witness to Christ in a difficult situation and to plant seeds of faith which may not grow for generations.

One lesson Father Paul takes from the Fulani is the vitally important task of taking the sheep out from the fold; without proper pasture the sheep soon sicken and die.

Pope Francis has stressed the point that a church which remains enclosed in its small parish/sheepfold also sickens and dies.

A pastor must insist that his flock go out from the fold and find spiritual nourishment in good works outside the parish church and the home.

The church frequented by Professor Butterfield found itself renewed and invigorated by the infusion of rather strange new blood; Catholic parishes must take this lesson to heart.

Missionaries in various parts of the world grow used to seeing outlandish sights in their churches. They may be working in areas where local fashion dictates a bone through the nose or horrific scarring on the face. The Church grew by incorporating barbarians into the Mystical Body, and no doubt the early years even in Europe saw churches being populated by some thoroughly alarming individuals. Well, America has become barbarian territory. A simple walk down any street in any city might yield any number of frightening human sights. These sights should, however, be seen in our churches, not simply in our streets.

Catholicism has been aptly described as a hospital for sinners. There is enormous need for healing in our sad modern American culture; with good reason did Mother Teresa describe us as the most poverty-stricken people on earth. For the culture to regain health, there is an urgent necessity to bring as many sinners into the hospital as quickly as possible. Catholic parishes might begin to regain their health and vitality once the neat suits and trim haircuts begin to be punctuated by leather and pink Mohawks!

But, conversion is rarely accomplished without time and struggle. Vicious habits sometimes take a lifetime to overcome, so it would be no surprise if barbarians coming into our hospital are not immediate paragons of virtue. Our Church is not a Church for saints, remember, but the last best hope for sinners. Catholics must simply accept “the smell of the sheep.” Actually, there is no Catholic who does not himself have a whiff of the ovine about him; there is no Catholic who can say in good conscience, “Thank God I am not like others, like this poor addict here, for instance.”

A natural reaction of traditionally-minded people when confronted with the unusual is to shy away, to feel a bit threatened. The appearance of rough-looking bikers or creepy Goths at Mass might be a bit disturbing, but the proper reaction would be an approach with a greeting and “Good to see you here. Let’s have coffee and you can tell me your story.” Every aspiring saint will find immense spiritual growth by encountering the earnest efforts of sinners to better their lives. A repentant great sinner, after all, has learned much more about humility than those whose sins are perhaps somewhat less scarlet.

Some sins and situations might demand attention beyond the capabilities of the average parishioner, of course. There certainly is a singularly grave esthetic sin involved in a neon pink Mohawk! But, the mercy of God, we can be assured, extends even to this heinous crime…