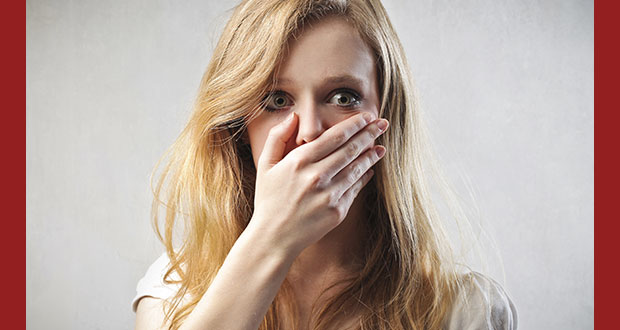 What Happens if I Fail at Homeschooling?

His master replied, “Well done, good and faithful servant! You have been faithful with a few things; I will put you in charge of many things. Come and share your master’s happiness!” Mt 25:21

I wanted to take an opportunity to pass on these words of Jesus to those of you who might be struggling with discouragement in your home schooling/parenting journey because you are not seeing the results that you had hoped to see.

My twin sister recently told me about a woman in her church who was faithful and devout. This woman did everything she could to keep her children from the world. She even home schooled them in order to preserve them for Christ. And yet, in the end, one of her children went the way of the world and even ended up on drugs.

This left the woman feeling like she had somehow failed God. If only she had done such and such, perhaps, just perhaps, her child would not be lost. And yet, she truly had given all that she possibly could have given when it came to the raising of her children for God. But because this poor woman did not get the results that she had hoped to achieve, she was convinced that somehow, some way, the fault lied with her and that she would not be rewarded by God in Heaven for the raising of her children. In her mind, heavenly rewards were given by God on the basis of results.

If the results were not good, there would be no reward from God.

In the above-referenced verse of Scripture, however, we see that this is not the case. According to the Lord Jesus Christ, when you and I leave this world in order to stand before God to be judged, we will be judged according to our faithfulness to do what He called us to do, not the results.

In our human thinking, we equate bigger things with greater blessings. This is because we are thinking with the mind of man instead of with the mind of Christ. A priest who faithfully teaches a congregation of 5,000 people is not going to receive a greater reward than he who faithfully ministers to 15 people simply because he ministers to a larger crowd. Both priests will be rewarded by God on the basis of one thing – faithfulness. Were they faithful to Jesus by doing what Jesus called them to do? Congregation size has absolutely nothing to do with eternal rewards.

Results have nothing to do with heavenly rewards either! There are many missionaries who spent their entire adult lives living in foreign countries in order to present the Gospel of Our Lord to those living in darkness. And yet, when they went to the grave, some of them didn’t even see one convert to Christ as a result of their ministry, not even one! Are these men and women failures? Perhaps in the sight of the world they are, but not in the sight of their Lord. If they were faithful to do what Jesus called them to do, they will be rewarded greatly in heaven; results have nothing to do with it.

Set up for Failure?

When God called Isaiah to a prophetic ministry, He let him know from the very beginning that his ministry would bear little or no fruit. He told Isaiah that he was sending him to declare His message to a people who would not listen because their hearts were calloused, their ears were dull, and their eyes were closed.

When God called Jeremiah to a prophetic ministry, He said to him, “Get yourself ready, Jeremiah! Stand up and say to the people of Israel whatever I command you!” But right after He said this, He told Jeremiah that the people would fight against him because his message would not be well received. God promised Jeremiah that although his message would be rejected and the people would fight against him, God Himself would rescue Jeremiah from their clutches, and they would not overcome him.

How would we feel if we had received a similar commission? How would we respond if God called us to His service, but let us know from the very beginning that our ministry would not produce the results that we had anticipated? Would we say, “Yes, Father, I will go,” or would we say, “Forget it”? Both Isaiah and Jeremiah are with Christ today, enjoying eternal happiness with Him, not because of the results of their ministries, but because of their faithfulness to do what God called them to do.

It is no different for those of us who have been called to be husbands and wives and fathers and mothers. A mother who faithfully teaches her children the truths of our holy Faith will be rewarded for her faithfulness to do what Christ has called her to do, not on the basis of results. Results are a plus, but they aren’t the basis for which you and I will be rewarded by God.

It’s easy to look at someone who has written numerous books and think, “Wow! If only God would use me like that! If only I could reach thousands of people for Jesus by writing books, or going on radio or even television.” And yet, if you have faithfully taught the truths of our Faith to even one child, your reward will be just as great. And even if that one child were to reject everything that you tried to instill in him or her, your reward would still be great, because results have nothing to do with it.

Let us keep this truth in mind as we progress in our home schooling and parenting journey. If you have given all that you could possibly give in your vocation as a husband, wife, mother, or father, but you have not achieved the results that you had anticipated, remember this truth which St. Paul taught in his first epistle to the Corinthians. All of us have been assigned to a specific task, a task for which we have been equipped and gifted by God. Our job is simply to carry out that task and to leave the results with God. In regard to these things, St. Paul wrote as follows: “I planted the seed [of God’s Word], Apollos watered it, but God made it grow… The man who plants and the man who waters have one purpose, and each will be rewarded according to his own labor.” (1 Cor 3:6-8)

Your job is to perform faithfully the task which God has called you to do.

It is not your job to bring about the results.

The results aren’t your responsibility, for God has given to every man a free will. If results are the basis upon which our service will be considered pleasing or displeasing to God, then Christ Himself is a failure in the sight of His Father, because the overwhelming majority of the world has rejected and despised Him in spite of all that He came to do and teach.

Let us listen to what the Spirit is saying to us in regard to these things and not give in to discouragement when the fruit which grows in our field is not what we have planted. You have been called to plant and to water, beloved. Be faithful in this labor for Christ!

Be faithful to the end … and leave the harvest to Him.

If you liked this article, John Clark wrote  a shorter piece titled ‘4 Ways to Stop Blaming Yourself as a Parent‘.