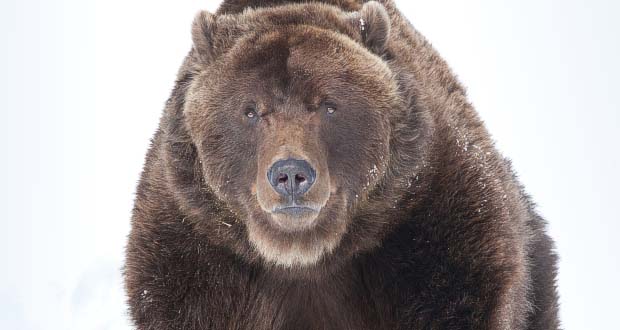 What if Something Happens? Dealing with the Unfamiliar

Bob Weisner counsels that life is inevitably filled with “somethings” so trust in God and take responsibility for yourself in life’s unfamiliar situations.

A friend recently related a rather scary discussion he had at work. Mike’s vacation was coming up, and he explained to co-workers that he would spend some time on a road and hiking trip in remote areas, far from the interstates, just to see what was there, off the beaten track. His co-workers were absolutely aghast: “What if something happens?”

There are so many things wrong with this attitude that it is hard to know where to begin. My immediate reaction was simply, “Well, if something happens, you deal with it.” Mike explained that the people in his company had been raised with the attitude that if a problem with anything arises, one must immediately resort to some expert or other to take care of things. They had no sense whatsoever that they were responsible for themselves; they had no expectation that they should or even could take care of themselves in any unfamiliar situation.

Mike has been a friend since high school (no, I won’t tell you exactly how long that has been!) and we both have had what most would term interesting lives. We have both been impoverished, unemployed, faced with potentially unfriendly wildlife, and found ourselves in fairly intolerable secular situations. Mike once encountered an unfriendly coven of practicing witches; he dealt with them. I have found myself robbed in Istanbul with a long trip across Asia still before me; I survived. In short, plenty of “somethings” happened in the course of our lives, and we more or less successfully dealt with all of them. Experience was gained, lessons were learned, and we discovered that we might actually have a bit of interior grit. By no means is it a negligible point that a fund of stories was accumulated with which to entertain younger relatives! We both are quite aware that life would have been a much poorer experience without a great many of these “somethings.”

Life actually is supposed to be a matter of things happening; the usual term for things not happening in a physical and temporal sense is “death.” No matter how hard one tries to avoid the unfamiliar and the frightening things in life, they are bound to occur on a rather regular basis. Even the desert monks of the early Church, who fled the world to avoid untoward distractions from God, found in their cells that plenty of “somethings” still confronted them. The descriptions of demonic temptations visited upon them are truly hair-raising! The monks found their lives rather exciting, in fact; living in close proximity to God guarantees a great many “somethings” coming your way at all times. A re-reading of the Book of Job might serve well to illustrate the point.

Mike and I were fortunate enough in our teen years to have a priest mentor with considerable experience as a missionary in Brazil. Father Joe often found himself in isolated areas on the back of a mule, fending off snakes, large cats and bandits. He quickly learned to boil down dangerous situations to one very fundamental question: “Is it a sin to shoot this python, or this panther?” The same question applied to bandits, although he would fire mostly to let them know that he was armed and that they should not press the issue too hard! Throughout my teen years, his continual question to me when I exhibited some timid approach to a new experience was, “Is it a sin?” If no sin is involved, the exploration of new territory is definitely indicated.

Seton students are perhaps more open than the usual run of young people to new experiences. Home schooling offers more flexible free time to explore all manner of interesting “somethings.” One Seton mother (name deliberately withheld!) called to ask for help in dissuading her 15-year-old daughter from sky-diving. I urged her to allow her daughter quite a bit of leeway in her activities, as long as sin was not involved, of course. Later, this same young lady informed me that her older brother had actually already been sky-diving without even telling his mother!

No lies were involved; he simply used his free time in a creative fashion. Both brother and sister survived sky-diving, brother eventually informed Mom, and a great family story was born! Both Seton graduates are now doing well in the education and art fields. There are of course many such tales among our families, who certainly must not train their children into timidity and terror, but rather into curiosity and a certain degree of boldness.

The attempt to avoid the unfamiliar and the uncomfortable, besides being futile, also smacks more than a little of mistrusting God. He has given us a great, magnificent adventure called existence. He means us to embrace being with great gusto; He has given us a fantastic material universe just begging for exploration, chock-full of His limitless invention and His sense of fun. He has given us an even more exciting interior life. Adam’s fall has landed each of us the enormously interesting task of rebuilding ourselves, to bring a damaged likeness into close conformity with a Model Image. Better yet, He is with us every step of the journey, whether we are in Manhattan, the Gobi Desert or even Front Royal.

There really is absolutely nothing on earth (or in any approximation of hell) that a human being and God cannot handle together. It is all blessing in the presence of God and even the tough things like house fires or mosquitoes are turned to the good. Sooner or later, of course, there will come along that one “something,” a cancer or a car accident, that must be dealt with in a slightly different manner, and that is just fine as well. A lifetime spent dealing with the “somethings” in the company of God cannot help but result in dealing with the final “something” in a proper fashion.

Some will need to answer the dreadful question, “So, you spent your life avoiding the splendors of My creation as much as possible. Why was that?” Much better to hear, “So, you spent a great deal of time in My company appreciating as much of My gift as possible. I appreciate your company! There is more to come!”