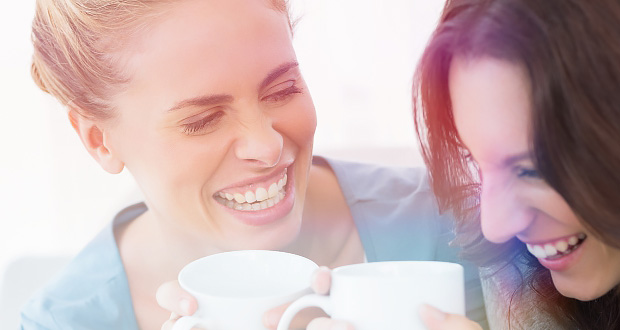 Why Laughter IS the Best Medicine… in 4 Folktales

The world’s great writers never cease to marvel at the world’s lack of common sense. Why does man, famously identified by Aristotle as a “rational animal” with an inborn desire for truth (“All men by nature desire to know,” he writes in the Metaphysics) demonstrate so many forms of folly that another great writer, Henry Fielding, remarked that a comic writer can never lack material for satire and laughter because “life everywhere furnishes an accurate observer with the ridiculous.”

Chaucer’s classic portrait of a fool depicts him as a star-gazing philosopher contemplating the heavens in a state of abstraction when suddenly and comically he falls in a ditch. A fool loses contact with reality, overlooks the body, ignores the here and the now, and lets the mind wander in flights of fancy as if the word human did not mean dirt, earth, dust.

Folktales, a source of the world’s perennial and proverbial wisdom, expose the great folly of the world in its many forms. One type assumes the form of avarice, the insatiable desire for riches that knows no limit and ultimately leads to impoverishment. The fisherman’s wife, who urged her husband to beg a favor from a fish for kindly throwing it into the water, received her request when the fish granted her a cottage to rescue her from a ditch.

But she continued to ask for greater things: a castle, the rank of king, emperor, pope, and finally “lord of the sun and moon.” When the fisherman made this last request on behalf of his wife, she then too falls in a ditch like Chaucer’s scholar: “‘Go home,’ said the fish, ‘to your ditch again!’” A fool never grasps the truth of moderation or the meaning of “enough.”

In the Grimm folktale “The Turnip” folly acts out of envy. When a poor soldier turns to farming and grows a monstrous turnip that he cannot eat or sell, he brings it as a gift to the king—a kind offer that moves the ruler to reward the simple man with great riches. When the poor man’s jealous brother, a rich soldier, sees the prosperous outcome that follows the gift of the turnip, he schemes to outdo the poor man’s gift with horses and gold in the expectation that the king will reward him with even greater riches.

The king, enamored of the odd turnip as a rare gift, feels that this prized possession is worthy of the rich soldier’s generosity and offers him—not the treasure he anticipated–but the useless turnip that no one wishes to eat or purchase! He too fails, falls, and is brought down to earth. A fool never learns that he is not as all-knowing or clever as he imagines. He never grasps the truth that Lady Luck cannot be outsmarted or manipulated but only welcomes the innocent and pure of heart.

In the same story folly attempts to circumvent the laws of nature and expects magical results. A prisoner hanging in a tree in a sack seeking his freedom greets a student traveling on his horse. While the student hears the friendly words “Good morning to thee, my friend,” he cannot locate the sound until he looks above at the man in the tree claiming he sits “in the sack of wisdom” and has gained “great and wondrous things” from his lofty, eminent position. The man in the sack boasts that he has mastered all learning, comprehends “the signs and motions of the heavens,” and experiences “the power of knowledge.”

Without hesitation the student begs, “Let me ascend quickly,” and exchanges places with the prisoner to quench his great thirst for knowledge. This fool too is in the realm of the air removed from reality. He expects instant results, immediate gratification, shortcuts to learning, and something for nothing. He never acknowledges the wise proverb “Ars longa, vita brevis (Art is long, life is brief) that identifies success as an arduous process of many stages from the beginning to the middle to the end—not by some magical trick. Once again a fool has lost his footing on the earth and finds himself daydreaming in the realm of fantasy or his “sack of wisdom.”

Folktales also represent fools as rigid, inflexible, ponderous, grave, and humorless characters who take themselves and possessions too seriously. They require a cure that takes the form of mirthful music and lighthearted dancing, spontaneous, free, flowing movements that escape narrowness. In the tale “The Miser in the Bush” the avaricious make an idol of money, one miser never paying his servant until he begrudgingly parts with three pennies and another miser earning money by cheating. When the cheater goes into a bush to retrieve a rare thrush, the servant plays his fiddle as “the miser began to dance and spring about, capering higher and higher in the air” until his clothes are torn and his body scratched.

The music does not stop until the miser agrees to release the 100 florins he gained from trickery. When the miser lies at court and claims “a rascal had robbed him of his money,” the judge believes him against the testimony of the poor man who insists, “No, you gave it to me for playing a tune to you.” Before his execution on the gallows, the poor man again plays his fiddle that puts the miser, the judge, and the court in dancing motion as “all began capering” in riotous frolic—a tossing and turning that does not end until the judge grants the poor man his life and the miser releases the money. Fools in their torpor have no music or poetry in their souls to keep them human and balanced.

A similar episode occurs in “The Golden Goose” when Dummling, the simpleton third son, goes to the woods to cut trees his older brothers failed to accomplish. Unlike his grim, hardhearted older brothers who have no music in their hearts and refuse food and drink to a beggar (“Whatever you get, I shall lose; so go your way!”), the kind Dummling graciously gives his food and drink to the pleading old man. In turn he receives a blessing—a goose with golden feathers.

When Dummling arrives at an inn, the landlord’s three daughters yearn for one of the feathers. As the oldest daughter touches it, she sticks to it, and the sisters who try to separate her also find themselves attached. As others see the predicament of the girls and take them by the hand to free them, they too cannot be released. Thus a procession follows, the girls chasing Dummling and a parson, a clerk, and two laborers running after the girls—seven people “all running after Dummling and his goose.” It is the playful, lighthearted, dancing, good-natured brother who receives the blessing and wins the bride—not the stiff, rigid older brothers.

Once they arrive in a city and create a spectacle running and chasing each other, the king’s daughter (“of so thoughtful and serious a turn of mind that no one could make her laugh”) cannot resist the ludicrous scene and bursts with laughter at the sight of “seven all hanging together, and running about, treading on each other’s heels.”

Like the grave daughter who never laughed, fools also are ponderous and grave and take themselves, their goods, their importance, and their narrow ideas to extremes that require the music of laughter, jokes, and mirth to restore them to self-knowledge—to bring them down to earth, to free them from mindless attachments, and to remind them what it means to be human.