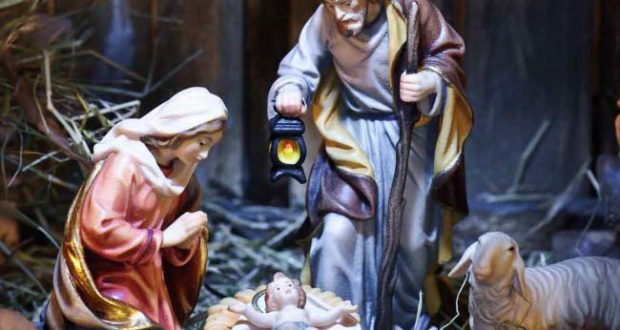 Over the past few months, we have been highlighting a few of the many diverse families who homeschool with Seton. We have seen families with many differences, but also many similarities—because, in the end, all Catholic families are striving toward the same goal.

This month, we highlight the Holy Family. Although separated by two-thousand years and many thousands of miles from our Seton families, the Holy Family struggled with many of the same challenges that modern families face every day.

One of the first challenges faced by the Holy Family was their forced relocation to Egypt when Jesus was but a young Child. According to the Scriptures, an angel appeared in a dream to St. Joseph and told him immediately to take Mary and Jesus and flee to Egypt (Mt 2:13). The Holy Family stayed in Egypt until the death of Herod. Although this story takes only a few sentences in the Gospels, we can imagine the difficulties encountered in this move. To start, the Holy Family must have left many possessions, taking only with them what they could carry, and perhaps pack onto a donkey or an ox. They must have sold some items to secure money for the trip. Once they made their way to Egypt, they must have started over with almost nothing, in a strange land, speaking a strange language, and looked upon as strangers themselves.

A constant concern for the Holy Family must have been finding enough work to support themselves. Matthew tells us that Joseph was a carpenter, and Mark adds that Jesus Himself was a carpenter as well (Mt. 13:55, Mk 6:3). Jesus and Joseph did not make a living from interest on their investments; they worked each day (excluding the Sabbath) with their own hands. They certainly built the tables and chairs that graced their own home, and then built wooden objects for other families. It was an honest living, but hardly could have made the family rich.

Of course, the Holy Family did not need to be poor. They could have been the wealthiest of families with every material good. However, they chose poverty in solidarity with all the poor throughout the ages. Scripture tells us, “The poor you will always have with you” (Mt 26:11), and these poor can always look to the Holy Family for an example of joy despite lack of material possessions. 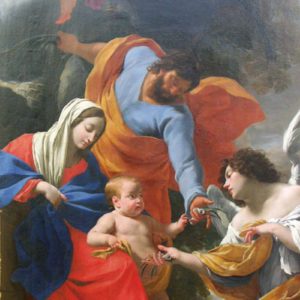 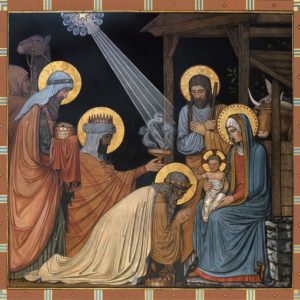 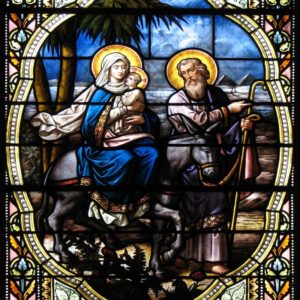 The Holy Family was certainly a homeschooling family, but we cannot know exactly how education progressed. They would have prayed the traditional Jewish prayers in their household, and perhaps they had a treasured scroll from which to read the commands of God. Or perhaps they heard God’s word read only at the Temple. In these years, Jesus grew in both stature and wisdom, before God and men. (Lk 2:52) By the time he was twelve years old, he held the attention and esteem of the learned rabbis in the Temple. When Joseph and Mary found Jesus teaching in the Temple, surely they felt some parental pride in their child.

Although the Scriptures do not mention it, tradition holds that St. Joseph died before Jesus began His public mission. Mary is mentioned at different times, such as at the wedding feast of Cana (Jn 2:1-11), and also at the foot of the Cross. Had Joseph been alive, he would certainly have joined his wife and son at these times. At the time of His death, Jesus entrusted Mary to St. John (Jn 19:27). After the death of Jesus, His body was given to Joseph of Arimathea (Mk 15:43). These would both have been roles for Joseph, had he been available.

So much has changed in two-thousand years, but perhaps more has remained constant.

Like the Holy Family, many families today are uprooted, often due to the necessity of moving far from family and friends to secure employment. Families must abandon all that they know and move to new places, packing little more than their hope and faith. The Scriptures tell us that Jesus told Peter to step out of the boat and walk on the water toward Him. Many families each year take such a step out into the unknown, with no guarantee of a firm footing beneath them.

For these families, homeschooling can be a constant and familiar activity in their lives. Families may need to leave their homes, but they can bring their school along with them. There is no disruption. There is no need for a child to sit through scores of classes going over already-learned materials, or alternatively, being thrown in the middle of a course where he is not prepared.

Like the Holy Family, most modern families endure a constant struggle to make ends meet, to pay the bills which never stop coming, and always, somehow, seem to be more than the available income. Many homeschooling families work on farms, or in skilled labor. Such work allows children to work alongside their parents, just as Jesus worked alongside Joseph.

In other families, fathers or mothers or both go outside the home to work. Especially in this economy, we have the sad situation of many families who cannot find work, or who have lost their jobs or their businesses.

However the work is done, homeschooling helps in several ways. First, it is inexpensive compared to other private schooling. It can even be less expensive than public schooling, once all the expenses (travel, clothing, school extras) are added up. Also, for families in which children need to work, homeschooling allows for a flexibility that a traditional school cannot match. Homeschooling can work around family schedules as necessary.

Families often homeschool because their children are not challenged in traditional schools. Having an academically precocious and gifted child can be both a joy and a challenge—a joy to see the child grow in wisdom as well as stature, but a challenge to help the child reach his or her full potential. In a school, this difficulty is exacerbated by the need to help twenty or thirty children at the same time, each of whom has individual needs. At home, however, adapting the curriculum to the child is much more possible.

The absence of a parent is a challenge faced by many homeschooling families. Some have suffered the tragedy of a parental death, while others have suffered from the family being broken by divorce. Regardless of how it happens, the absence of a parent has a profound impact on the family, emotionally, psychologically, and financially. Families may be forced to move, new employment may need to be sought. New schedules and new daily routines need to be worked out.

In times of tragedy, a new and deeper reliance on family can be sought, even when the family is wounded. As a single homeschooling mother writes in Catholic Home Schooling, at these times “it is essential that the order and structure of a solid family life be preserved. … During such an emotional upheaval as the loss of a parent, would not the best place for these children be in their homes? Is it not important for them to be able to cry when they feel like it, to scream when they have to, to act out in any other way that they need to, but most importantly, to know that one parent is still there for them?”

Scripture tells us that Jesus knows us because He is one of us (Hb 4:15). He knows our sufferings and our joys because he suffered and rejoiced as well. We might say also that the Holy Family knows our families, because they went through many of the same difficulties and triumphs that we find in our lives. In our work, in our play, in our joys, in our sufferings, in our times together, and in our solitude, they know what we feel because they felt it as well.