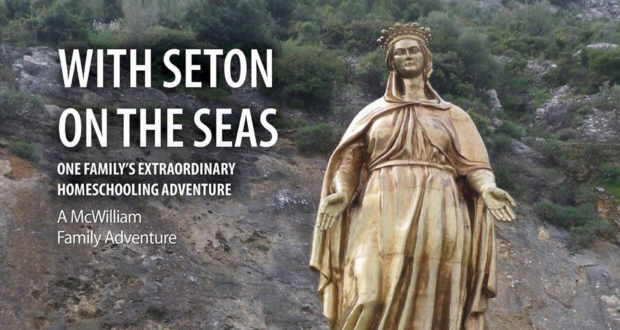 With Seton on the Seas: Esprit

Let us introduce ourselves – we are the McWilliam Family, Chay (Dad), Katie (Mom), & Jamie, our son. Since 2003, when Jamie was 6 years old, we have been cruising around the world on our 46-foot sailboat, Esprit. Over the last 9 years, we have become known as the “Esprit” family. Keep in mind as you read our story that when we are on the boat we are together 24/7 in less than 500 square feet of space. 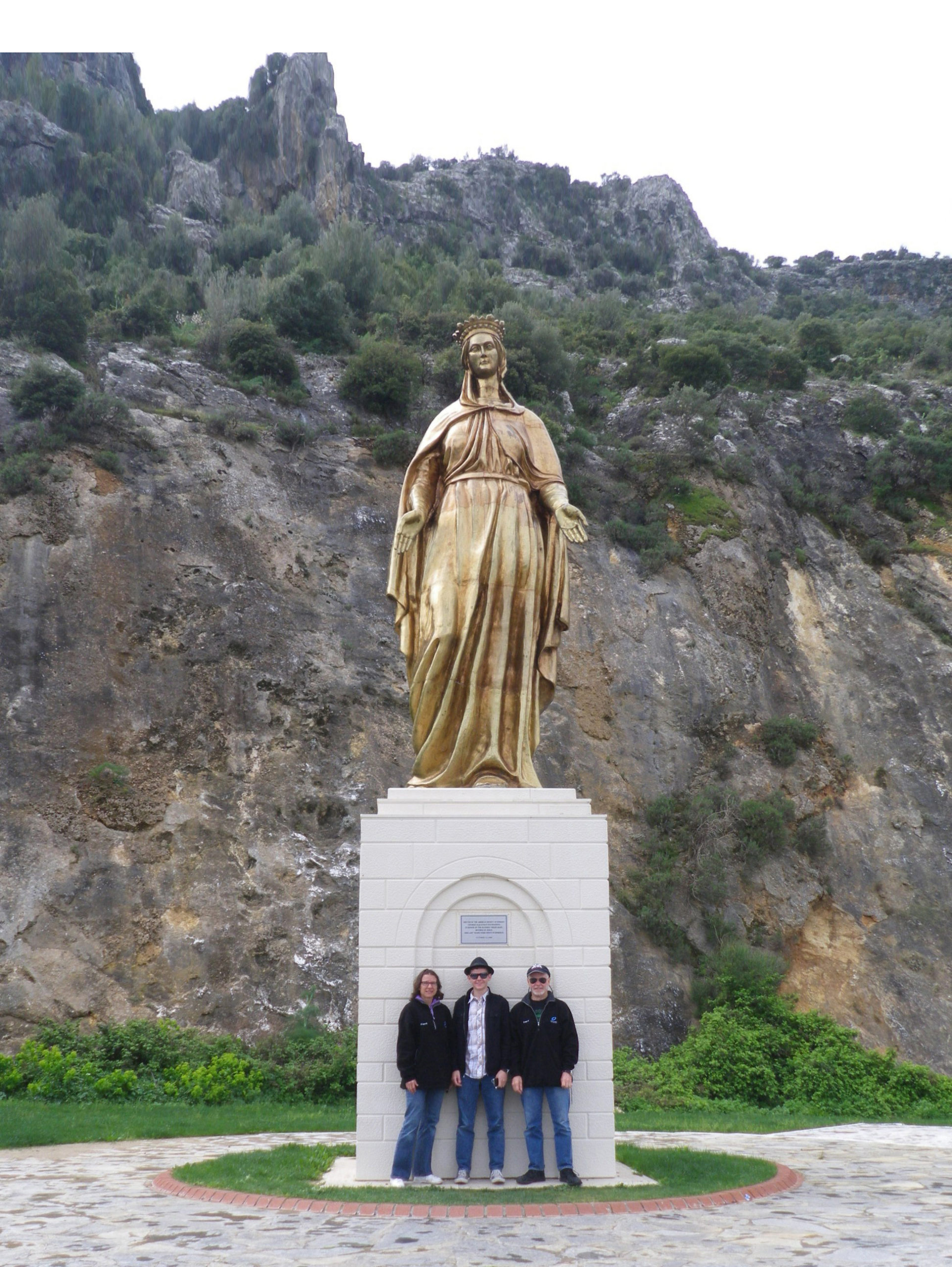 When we started cruising, the idea of our adventure becoming a pilgrimage never entered our minds. Looking back over the years, however, we realize that in many ways it has felt like a pilgrimage. We’ve celebrated Mass around the world from the Marquesas, to New Zealand, to Fiji, to New Caledonia, to Australia, to Croatia, to Italy. What struck us, particularly during Mass at St. Peter’s Basilica, was the universality of our Catholic Faith. Almost every ethnicity was represented at that Mass. In Indonesia, Malaysia, Sri Lanka, and India, we experienced the still very present spirit of St. Francis Xavier and found ourselves drawn to visiting those sites where he was a missionary. In Turkey we visited many of the ancient cities where the early Christian evangelists such as St. Paul, St. John, and St. Phillip, carried out their missions. The most moving moment of our Turkish experience was visiting St. Mary’s house near Ephesus. Perhaps this is because we often tap into our favorite devotion – the Rosary – particularly when underway at sea on a dark night and in rough conditions. 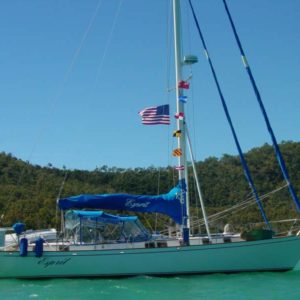 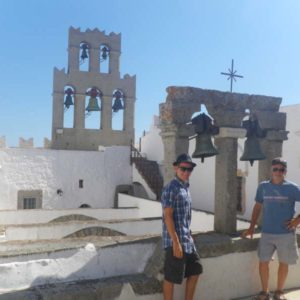 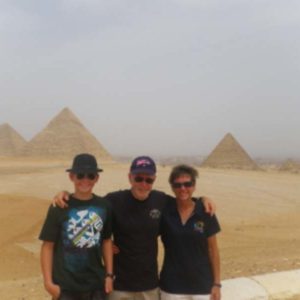 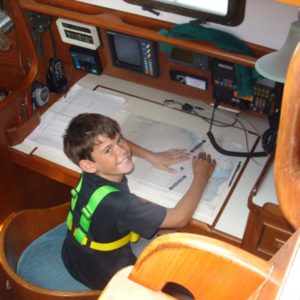 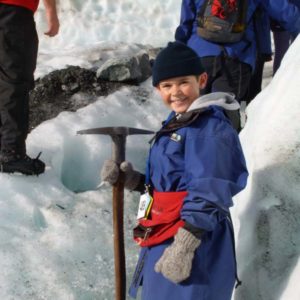 Homeschool on the High Seas

Because we are on the boat at least 6 months out of the year, the need to homeschool was obvious; however, while Jamie was still pre-school age, Chay recognized the undesirable environment of public school and suggested we homeschool. I had some reservations, so we chose to enroll Jamie in public school, but half-way through 3rd grade we became a full-time homeschool family. We were not with Seton before 5th grade, but I soon decided that we needed to add a religion class to Jamie’s curriculum, so I contacted Seton Home School to explore the possibility of using their religion course. Within just a few days, we received a phone call from Ginny Seuffert to discuss our desires for Jamie’s education. Ginny quickly convinced us of the benefits of switching completely to the Seton curriculum – a decision we have never regretted.

The Seton curriculum was like a breath of fresh air. We all appreciated the wholesomeness of the readers and the unbiased presentation of the subject matter. We loved the old-fashioned rigor of the English curriculum, and were confident that Jamie was truly learning the 4 R’s – reading, writing, and arithmetic, plus religion. A further advantage was that Jamie could learn at his own accelerated pace without getting bored – a problem he experienced in the public school classroom. The interweaving of Catholicism throughout his daily work brought the Faith into our home in a subtle but definite way. It has given us the opportunity to discuss morals, values, history, and our Faith as part of everyday life– something we most likely would not be doing had we chosen the more “normal” route.

For us, there has been no better education than traveling the world as we do on Esprit. Jamie’s real-life curriculum naturally includes navigation, geography, history, weather, and so much more. Each country we visit offers the opportunity to learn its unique history and culture from the locals, from a perspective that is not presented in traditional textbooks. For example, when Jamie was in the ninth grade, we were sailing in Australia, Indonesia, Singapore, Malaysia, and Thailand. While dining with some of the locals in Banda, Indonesia, we heard about how they had helped Christians flee recent Muslim persecution. On a lighter note, we also learned that Banda is the famous Spice Island studied in school, the original and only source of nutmeg in the world. Nutmeg was more valuable than gold in the 1500’s, and was a motivator of the European exploration of the world.

One of our travels’ most significant contributions to Jamie’s education was learning first-hand many details of World War II that none of us had previously studied. Based on his experiences during our family tours of forts, museums, and battlefields, Jamie chose to write his 9th-grade research paper on the Japanese atrocities in World War II. Rather than relying solely on books, Jamie was able to draw upon his up close and personal experiences. In particular, while exploring Darwin, Australia, we learned that after the Japanese fleet attacked Pearl Harbor, Hawaii, it continued on to Australia and attacked Darwin. Ten U.S. pilots were transporting their P-40 fighter planes to Southeast Asia and happened to be in Darwin when over 250 Japanese planes attacked. All ten went up to meet the Japanese! All were shot down and only one survived. These American pilots and the U.S. military are honored by statues and plaques in the seaside memorial park, as well as in the stained glass windows of St. Mary’s Star of the Sea Cathedral in downtown Darwin where we attended Mass – quite an impressive sight.

A similar situation presented itself when it was time for Jamie to write his 10th-grade research paper. He chose to write about why the American military should take action against the Somali pirates. We had just completed a cruising season which included pirate-laden waters of the Indian Ocean and the loss of our friends on the sailboat Quest at the hands of the Somali pirates. So we were well educated on the business culture of piracy and its effects on the world.

The Hand Of God

Our years of cruising have been filled with “angelic” experiences. We experience God’s protective hand more often than we know. Looking back at our pirate adventure we clearly see the hand of God – we damaged our propellor, pirate activity was increasing, the weather was less than perfect for a swift passage, and some of our friends had scheduled a ship to transport boats through pirate alley. The Lord was telling us – don’t transit pirate alley, turn back. We did! Thirty-six hours later, at the exact location where we would have been had we not turned around, the family on the sailboat Ing was captured by the Somali pirates!

It seems that the only negative comment we receive from people back in America about homeschooling has to do with socialization. One of our challenges when sailing and homeschooling has been finding companions for Jamie. We actively search out other “kid” boats when we are cruising so that Jamie is able to socialize with children his own age. Jamie has made friends with kids from around the world and still stays in contact with many of them.

While on land at home in Boulder City, NV, Jamie has been involved in Taekwondo Karate, earning his 3rd-degree black belt and instructor’s collar, has obtained his scuba diver certification, is taking gymnastics, and also participates in the youth group at our parish. Facebook has allowed him to get back in touch with kids he knew in the younger grades and establish new friendships even though he’s not in school with them every day.

Although there have been bumps along the way, including those times when the principal (Chay) had to settle minor disagreements between teacher (Katie) and student, or when a history book fell overboard in New Zealand, the greatest reward of homeschooling has been our ability to be truly an integral part of Jamie’s education and formative years. Unlike back in the “civilized” world of America, there is hardly a day that goes by out on the water that we don’t experience a miracle. The greatest of these has been the pleasure and blessing of watching Jamie grow up into the fine young man that he has become. So when you hit “rough waters” on a dark night, pray the Rosary, count your blessings, and don’t give up. You will reach the next port safe and sound.

Cover Image: Katie, Jamie, & Chay in front of the St. Mary Statue outside the site of “St. Mary’s House” near Ephesus, Turkey (2012)