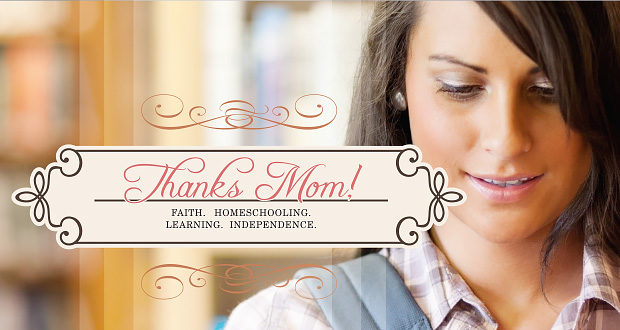 4 Life Lessons I Learned from My Homeschooling Mom

There are some things we come to appreciate more as we get older. Oftentimes, cradle Catholics may not have a deep appreciation for their faith until they experience a type of conversion in their teen or young adult years. As a child, I knew I had a great mom; she is a single mother, and had to work long hours to put food on the table. It was not until more recently, however, that I began to realize just how blessed I was to have her as my mom. During my senior year in college, I began going to her for advice more than before. At 27, I still go to her first for advice. I wish now that, during my teen years, I had realized how much wisdom was in my mother’s advice. My mother has given me many things. I consider the following to be the four greatest gifts from my mother to me.

My mom was a convert to Catholicism. Like many converts, she was on fire; she was a woman in love with Christ. She especially loved the Eucharist. I think I was about nine or ten years old when she began taking the whole family to daily Mass. It sometimes seemed like a chore, especially because it was a 7:00 a.m. Mass, but it became one of the best habits I ever developed. When I was twelve, I had learned the benefits of Mass well enough that I would walk to daily Mass, even if no one else in the family was going.

Mom also had us pray the Rosary as a family every day when I was younger. I suppose we got busier because, after I was a bit older, we didn’t pray the Rosary as often. The habit Mom had ingrained in me, stuck; I decided that I would pray the Rosary every day, no matter what, which often meant I prayed it alone. It is because of my mom that I have two of the most precious gifts in my life: my Catholic faith and a (fairly) steady prayer life.

I am the youngest of six children. Mom tried sending the older ones to Catholic school, but there were aspects of that school that she and my brothers and sisters did not like. I, therefore, was homeschooled my entire life until college. When I was younger, not ever having experienced what a regular school was like, I did not fully appreciate homeschooling, but I did know that most kids my age had to sit at desks for seven hours every day, and I appreciated that I did not.

Efficiency is one of the benefits of homeschooling; homeschooling allows the curriculum to be individualized to the student’s abilities and interests, whereas regular schools have to stick to the established curriculum, resulting in boredom for the more advanced students.

Homeschooling certainly involves sacrifices for the parents, though, especially for single mothers like my mom. She had to work long hours, often all through the night, to pay the rent and keep food on the table. She didn’t have much time to spend teaching us, but she did what she could, providing us with good books, and reading with us whenever possible. Because I was home, I was not exposed to the immoral influences found in most schools.

My mom is very smart. She loved to read when she was young, and she passed this love of reading on to all of her children. I spent far fewer hours in formal study than other kids my age, but I read for fun, and I read much better than they. I believe that when young children are forced to spend hours every day sitting and doing things they do not like to do, it can leave them with a strong dislike of school.

When children have no interest in learning, they are not likely to retain what is taught to them, and so they will actually learn less than children who have more free time to explore their own interests. I learned from my mom’s style of homeschooling that reading and learning were fun. Love of learning lasts far beyond high school; its benefits last a lifetime.

Especially in our post-Christian culture, peer pressure often has devastating effects on young people. I am particularly grateful to my mom for giving me good role models so I never simply “followed the crowd.” Perhaps it is partly due to the fact that my mom had to work and was often not home, but my homeschooling taught me to be highly independent. My education in high school was largely self-directed, although my mom gave me help when she saw that I was overwhelmed. I was independent in my schooling, but I could also think for myself when I was around people.

I began to notice that I was different from my peers in high school and again in college. If most people were doing one thing, I would sometimes ask myself, “Why?” and end up doing something different. Many students at the college I attended took up smoking their freshman year, and some also drank to excess on occasion. I was never even tempted to follow their example. I could be myself—and I still made friends.

My mother has given me more than I can ever repay. The Catholic Faith is the greatest gift anyone can pass to another, and I received this gift from her. She taught me the importance of prayer. She made many sacrifices to homeschool me. In addition, she passed on to me her deep love of learning and independent character. I hope that I can be as good a mother to my own children.

Sarah Rose is Copy Editor for Seton Magazine. She graduated from Christendom College in 2008 with a B.A. in Philosophy. She and her husband Matthew were married in June 2013, and their first baby was born in April.