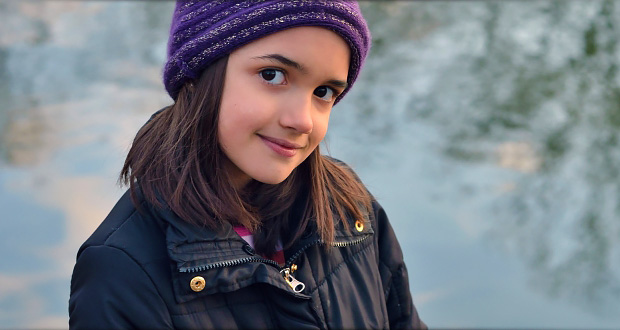 Are Kids Better Off Poor?

One of the things which Gladwell talks about is whether it is a great advantage to have rich parents. Now, it’s obviously a great advantage in some ways, in that you don’t have to worry about going hungry or not having clothes to wear to school. You can count on being able to go to college—especially to that college with a building named after your parents.

But is growing up rich an advantage in every way?

Born with a Silver Spoon

To answer this question, Gladwell talked to a movie producer in Hollywood who is now among the ranks of the super wealthy. But he was not always such. Growing up in Minnesota, his family was not wealthy, and he had to work for everything he wanted. Early on, knowing that he could not have the things he wanted unless he paid for them himself, he became a budding entrepreneur. This work ethic has served him well in life.

The children of the Hollywood producer will never need to work a day in their lives. They can have anything they want; or more specifically, they can have anything their super wealthy dad is willing to buy for them. Ordinary families tell their children that they cannot have everything simply due to lack of money. For the super wealthy, that’s just not true. As Gladwell asks, how do you tell your children that you can’t afford to give them something, when you have a Ferrari sitting in the driveway in front of your mansion?

Being truly poor is not good for parenting. The truly poor do not have enough to give to their children. Constantly struggling for money often does not lead to family peace and harmony. But for purposes of being a good parent, too much money can be just as bad, or perhaps worse.

MTV used to air a show called My Super Sweet 16 which chronicled the 16th birthday parties of children of the super rich. (Please don’t judge me—I happened to catch an episode or two while flipping channels.) The parties are something that must be seen to be believed. They are lavish affairs costing hundreds of thousands of dollars, in which money buys the child’s every desire. At the end of the evening, already having blown enough cash to fund a homeless shelter for a year, the parents are expected to give a stunning gift to the guest of honor. The gift is usually a car, such as a BMW, a Hummer, a Porsche, a Range Rover, a Lexus, or a Mercedes Benz. No one ever seems to get a Hyundai or a Kia.

Given the choice of a child growing up in a family which barely has enough money to put food on the table every night, and a family which spends half a million dollars on a sixteenth birthday party, there can be little doubt that a child is better off with the poorer family.

Learning in the School of Life

Like most people, I suspect, my family was not wealthy growing up. My parents didn’t have such middle class accoutrements as bank accounts or credit cards. When we needed to buy something, my mom would pull the money from an envelope of cash. Once the envelope was empty, that was that. There were times when we did not have enough money for food. And if we did have enough money for food, there was precious little left over. Our clothing was largely given to us in grocery bags by families at our church or school. (My brother Daniel coined a phrase for this: “You gotta wear what they give you.”)

It wasn’t the clothes or the food that I remember most, though, but the cold. We often didn’t have enough money to heat the house for the whole winter. We are told these days to keep the thermostat at 68, which always seems chilly to me. But it’s not as bad as getting out of the shower when the temperature in the house is 48 degrees. For a while, we tried to heat certain rooms with a kerosene heater, which did work, but put soot into the air, so that we all had black rings around our nostrils.

Yet, we lived through it. We learned to do with less, and not to expect that everything we wanted would be given to us. We all knew, as well, that bad times were only temporary. I think we seven boys always believed that we would go to college, get good jobs, and raise families.

And so we have. All my brothers and I are far from the relative poverty that we endured growing up. For a while, I ran my own successful software company, which allowed me to build a nice house on 20 acres of land. Now, working at Seton (and writing brilliant blog posts in my spare time), I’m certainly not rich. I worry about how I will pay bills. I worry about how I can send all of my children to college. But my kids don’t wear second-hand clothing. They don’t have black rings around their noses. They don’t have any idea what it’s like to be poor.

I’m glad my children don’t know poverty; and yet, sometimes I’m not so glad. Because just as necessity is the mother of invention, struggle is the mother of hope—hope that hard work can bring success, hope that tomorrow will not be as bad as today, hope for a better future.

But know that you are giving your children so much more than the material things other families might give them. And that even your lack of ability to give them everything they want is a gift in itself.