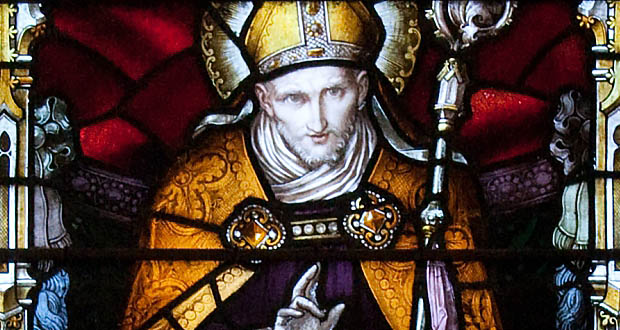 Excerpts from Sermon XXXVI from The Sermons of St. Alphonsus Liguori, TAN Books and Publishing

Children are More than Presents

God gives children to parents not that they may assist the family, but that they may be brought up in the fear of God, and be directed in the way of eternal salvation.

…Children have not been given to parents as a present, … but as a trust for which, if lost through their negligence, they must render an account to God. The Scripture tells us that when a father observes the divine law, both he and his children shall prosper.

The good or ill conduct of a parent may be known by those who have not witnessed it, from the life which his children lead.

…he who teaches his son to live well, shall die a happy and tranquil death… And he shall save his soul by means of his children, that is, by the virtuous education which he has given them.

Were fathers or mothers to lead a life of piety and continual prayer, and to [receive Holy Communion] every day, they should be damned if they neglected the care of their children.

If all fathers fulfilled their duty of watching over the education of their children, we should have but few crimes and few executions.

Have Compassion and Guidance

Great indeed is the misfortune of the child that has … parents that are incapable of bringing up their children in the fear of God; and who, when they see their children engaged in dangerous friendships and in quarrels, instead of correcting and chastising them, rather take compassion on them.

When a young person has lived in evil habits, his bones shall be filled with the vices of his youth… It is very easy, when they are small, to train up children to habits of virtue; but when they have come to manhood, it is equally difficult to correct them if they have learned habits of vice. I entreat you, fathers and mothers, to remember what I now say to you, for on it depends the eternal salvation of your own souls and of the souls of your children.

St. Paul teaches sufficiently, in a few words, in what the proper education of children consists. He says that it consists in discipline and correction. “And you, fathers, provoke not your children to anger, but bring them up in the discipline and correction of the Lord.” (Ephes., vi.4) Discipline, which is the same as the religious regulation of the morals of children, implies an obligation of educating them in the habits of virtue by word and example.

Instill a Holy Fear of God

First, by words: a good father should often assemble his children, and instill into them the holy fear of God. It was in this manner that Tobias brought up his little son. The father taught him from his childhood to fear the Lord and to fly from sin. “And from his infancy, he taught him to fear God and to abstain from sin” (Tob., i.10).

…a parent ought to instruct his children in the truth of faith, and particularly in the four principal mysteries. First, that there is but one God, the Creator and Lord of all things; secondly, that this God is a remunerator who, in the next life, shall reward the good with the eternal glory of Paradise, and shall punish the wicked with the everlasting torments of Hell; thirdly, the mystery of the most holy Trinity…; fourthly, the mystery of the incarnation of the Divine Word…

Religious parents not only instruct their children in these things, which are the most important, but they also teach them the acts which ought to be made every morning after rising. They teach them, first, to thank God for having preserved their life during the night; secondly, to offer to God all the good actions which they will perform, and all the pains which they shall suffer during the day; thirdly, to implore of Jesus Christ and most holy Mary to preserve them from all sin during the day.

Endeavor to train them from their infancy to these religious habits, and when they grow up, they shall persevere in them. Accustom them also to go to confession and communion every week. …As soon as they attain the use of reason, make them receive the sacrament of confirmation.…

…let it be your practice also to infuse into your children certain maxims of salvation, such as What will it profit us to gain the whole world if we lose our own souls? Every thing on this earth has an end, but eternity never ends. Let all be lost provided God is not lost.

One of these maxims well impressed on the mind of a young person will preserve him always in the grace of God.

Teach  by Words and Example

But parents are obliged to instruct their children in the practice of virtue, not only by words but still more by example. …It has been said in the council of Bishops that “men believe the eyes rather than the ears.” And St. Ambrose says: “The eyes convince me of what they see more quickly than the ear can insinuate what is past.”

O brethren, frequent the sacraments, assist at sermons, recite the Rosary every day, abstain from all obscene language, from detraction, and from quarrels; and you shall see that your sons will go often to confession, will assist at sermons, will say the Rosary, will speak modestly, and will fly from detraction and disputes. It is particularly necessary to train up children to virtue in their infancy. …

To bring up children in the discipline of the Lord, it is also necessary to take away from the occasion of doing evil. Hence a father must, in the first place, forbid his children to go out at night, or to go to a house in which their virtue might be exposed to danger, or to keep bad company.…

Bad companions are the ruin of young persons. A father should not only remove the evil which he witnesses, but he is also bound to inquire after the conduct of his children, and to seek information… regarding their occupations and companions.…

Parents should prohibit to their children all games which bring destruction on their families and on their own souls … and dangerous conversations and parties of pleasures.

…a father should remove from his house romances which pervert young persons, and all bad books which contain pernicious maxims…

Be Courageous in Correction

Another obligation of parents is to correct the faults of the family. “Bring them up in the discipline and correction of the Lord.” There are fathers and mothers who witness faults in the family and remain silent.…

Through fear of displeasing their children, some fathers neglect to correct them; but if you saw your son falling into a pool of water, and in danger of being drowned, would it not be savage cruelty not to catch him by his hair and save his life?

“He that spares the rod hates his son” [Prov., xiii.24]. If you love your sons, correct them, and while they are growing up, chastise them, even with the rod, as often as it is necessary. …correct them like a father… You must be careful not to beat them when you are in a passion…

…you should correct them while they are growing up, for when they arrive at manhood, your correction will be of little use. …Deprive them of some part of their meals, of certain articles of dress, or shut them up in a room. …

Dearly beloved brethren, draw from the discourse you have heard, the conclusion that he who has brought up his children badly, shall be severely punished; and that he who has trained them to habits of virtue shall receive a great reward.

Released for the first time online, this article originally appeared in the September 2000 Edition of the Seton Newsletter, Volume XVII, 10