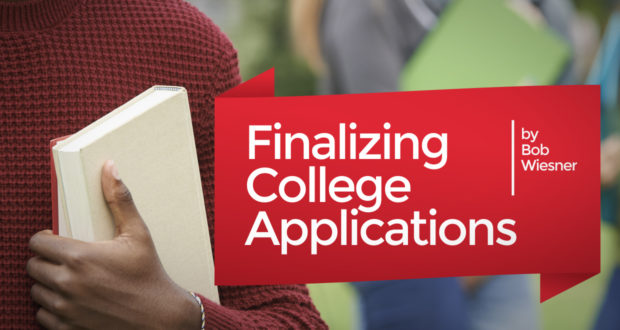 The usual deadline for college acceptance lies in March. At that point, colleges will generally expect a high school transcript which is complete except for the final twelfth grade courses.

Sometimes a student will get a bit behind on certain subjects, most often English. There are even times when some eleventh grade work has been delayed!

If your transcript is not quite what it should be, now is the time for really buckling down and getting all delayed work to Seton for grading. After all, you really do want the college to see everything about you in the best light and a complete transcript is a large part of that.

In a competitive race, a runner will most often try for an extra burst of speed when nearing the finish line. Seton students would do well to follow the same course.

Do not give in to the temptation to slack off, to indulge in that common disease called the “Senior Slump.” Rather, put in that small little bit of extra effort and complete your work in a timely fashion.