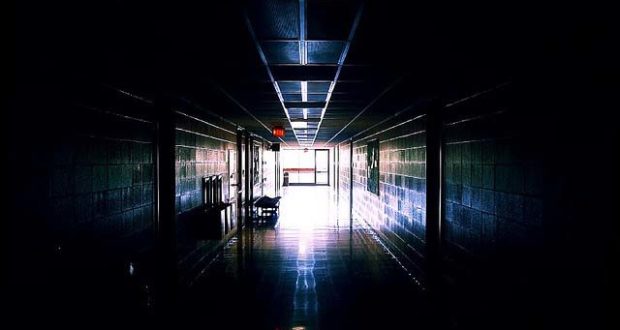 My last two blog posts made the case for defunding the present public education system and passing on the cash to parents who will then be financially able to choose private, parochial or homeschooling based on their family’s personal values and priorities. The United States public school system is failing, and has been failing for decades, and much of the blame can be placed at the feet of politicians and union teachers – much of the blame, but not all. Other groups, notably misguided parents, make it tough for even the best-intentioned public districts to do their jobs. Some parents are just too wimpy to tell their children to sit down, be quiet, obey the rules, and learn.

The greater Chicago area, where I live, was just treated to an example of one such mom. Several public schools, including Lake Zurich High School, have banned “grinding” at school dances. You can thank me now for sparing you a description of “grinding”; I promise you that none of you want your children to do it on a public dance floor, or any place else for that matter. One Lake Zurich junior, Mike Lowe, is trying to organize an alternative, grinding-friendly dance in another location – with the BLESSING of his parents. His mom was quoted in The Chicago Tribune, “I think we all try to raise our kids with good values, not to make waves but also stand up for themselves… If the kids feel strongly about something, they should stand up for it.” Apparently, Mrs. Lowe considers the right to dance in a horrifyingly vulgar fashion reflects good values, and is a worthy cause for her son’s efforts.

Parents of students at New York City’s prestigious Stuyvesant High School also seem unwilling to take control of their children. This year the school implemented a common sense dress code that forbade boys from wearing sleeveless T-shirts and sagging pants. For girls, they mandated that skirts or shorts be below fingertip length and banned exposed undergarments, midriffs and lower backs. Not exactly Catholic homeschool standards, but the policy is an attempt to keep the kids focused more on academics and less on each other.

This column may seem contradictory to the premise that parents are qualified to control how and where their children are educated, but most parents do care – while this small number of wimps makes their jobs harder.

Parents’ jobs are made more difficult as well by interfering atheists and other advocates of one social issue or another. They scour the country looking to wipe out any possible mention of God, prayer or traditional family structures in public schools. Their frivolous lawsuits have led to the so-called “December Dilemma”, where schools ban even Santa and Frosty the Snowman to avoid any possible thoughts of Christmas. One angry atheist, backed by the ACLU, forced a Rhode Island school to cover up a half-century old banner asking for help from “Our Heavenly Father”. Schools are compelled to pay exorbitant legal fees when they try to uphold common sense rules, such as banning vulgar words on T-shirts. Textbooks present all family structures as equal. Examples of the breakdown of public education go on and on and on.

Parents who are homeschooling, especially high school students, remember this craziness the next time your teen rolls her eyes at you, or you struggle to teach upper level math or science. Your life is not nearly as tough as that of a responsible parent trying to raise children with good values while negotiating the insanity of U.S. public schools. It is terribly unfair that you pay twice for education through taxes for public schools and expenses for homeschooling, but you are still better off. I started homeschooling 25 years ago, and I never had to worry about any of this. My children were safe in their own homes, being formed by Catholic parents who loved them, and books that reinforced our Faith and values. I have never been sorry and you won’t be either.