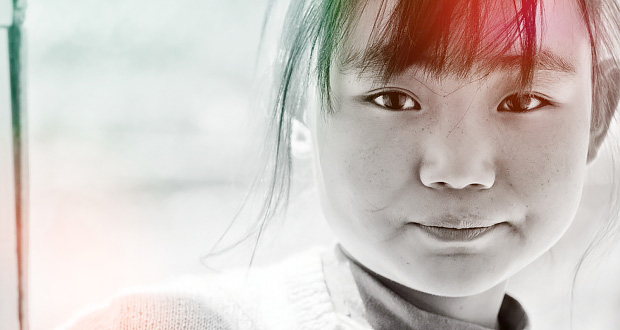 Is Homeschooling Really Allowed in China?

Recently I came across a Wall Street Journal article on homeschooling in China which caught my attention. I was surprised at the concept that homeschooling might even be considered in China of all places. Surprise, surprise, according to the article, homeschooling is becoming popular there.

A recent survey was done to 18,000 parents who expressed an interest in homeschooling of whom 2,000 were already doing it (although other sources claimed 18,000 are actually homeschooling.)

Do Chinese Parents Homeschool Their Children for the Same Reasons We Americans Do?

According to the survey: 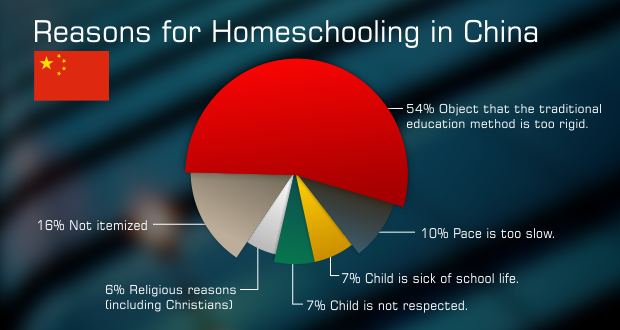 Intrigued, I researched more into Chinese homeschooling and Chinese education in general. Here is what I found:

1. What Are Characteristics of the Chinese Education Method?

It’s a method based on the student’s ability to memorize texts, characters, dates and concepts, not on critical thinking and analytic skills. A Chinese child’s life’s main focus is to learn; testing is critical, and class sizes are 35-40.

Chinese students, including kindergarteners, study for long hours, have piles of homework, and attend classes five or six days a week from about 7am – 4pm. Sports and art programs are less intensive than those available at the international schools. As one parent noted, children do sums again and again, and are not allowed to express themselves in compositions.

2. What Other Homeschooling Statistics Were Discovered in This Survey?

3. What about the Mental Well-Being of School Children? 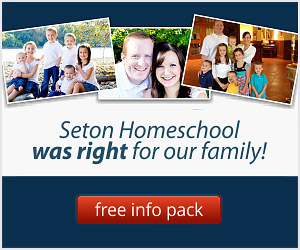 The overwhelming focus throughout the years is on testing. Students have incredible pressure to compete and get high marks on numerous exams and tests, resulting in highly-stressed students and parents. Cramming is a priority over other school work, such as research projects, or other creative learning.

One father decided to homeschool his young child after comparing photos of his child’s face before going to school and three weeks into school. Why did his 7-year-old have only 2 very thin textbooks but piles of homework each night? Parents commented that constant teacher criticism caused children to be depressed.

4. What about Safety Issues?

Children, especially boys, have been locked inside schools during recess time because the teachers can’t monitor them in the playground. Lock-ups occur even with kindergartners. There have been publicized cases in the news of “ear-pulling” and other forms of corporal punishment. Youngsters who expressed their thoughts and challenged their teachers became marginalized as “trouble makers.”

Fueling parents into homeschooling is the lack of legal protection for minors. Child abuse is not an offence under Mainland China’s Criminal Law.

5. What about Private Schools?

The tuition for private schools would be the equivalent to tens of thousands of dollars, even for kindergarten students. Obviously, only the very wealthy can choose this option.

The Chinese rely on college entrance exams to ensure that college admission is based on a student’s academic ability and not connections. The competitive testing frenzy is particularly intense during the high school years as college nears. College admission is seen as the pinnacle of a child’s life.

It is unheard-of for older students to attend a traditional university. Getting admitted right after high school becomes a paramount concern. Online college degrees are not considered prestigious.

In a country with a one-child policy, the expectations of parents and grandparents on their one precious child to succeed is enormous.

One of the main challenges that homeschoolers face is they cannot take the National College Entrance Exams which are a requirement for entrance into the traditional Chinese universities. Therefore, many students seek further education abroad, but this option requires money.

8. What is the Government Position on Homeschooling?

The government mandates 9 years of compulsory education. Surprisingly, the authorities rarely force homeschoolers back into traditional schools. Their oversight has allowed parents to teach at home or to send their child to homeschools taught by other parents or tutors.

9. What is the Future of Homeschooling in China?

Homeschooling is a new concept in the last few years. A challenge for the parents is the scarcity of curriculum materials, professional guidance, and a support system. However, as success stories mount, homeschooling is viewed as giving students an edge.

10. How is the Current Traditional Educational System Preparing Students for a Global Future?

In business, although excellent in the manufacturing sector, the Chinese are viewed as lacking in innovation and creativity. They have a long tradition of copying others and not respecting intellectual property. Public schools focus on high marks and not on building the personalities of their students.

“The Chinese educational system is terrible at producing workers with innovative skills for (the) Chinese economy. It produces people who memorize existing facts rather than discovering new facts; who fish for existing solutions rather than coming up with new ones; who execute orders rather than inventing new ways of doing things. In other words they do not solve problems for their employers.”

11. How are Homeschooling Parents Preparing Their Children for a Global Future?

Sometimes, seeing the challenges faced by other countries in such areas as education, parental authority, and the freedom to teach children religious beliefs, makes us parents realize how truly blessed we are for the freedom to educate our children in the Catholic Faith, and for the privilege of living in a free country. It is so easy to take so much for granted and not be grateful to the Almighty for our numerous blessings.

For 17 years, Mary Lou has been Director of Conferences for Seton and IHM Conferences. A single mom and former homeschooler. In 2013, she was interviewed on EWTN about Catholic Home Schooling, and Radio Maria has interviewed her several times. Meet Mary Lou