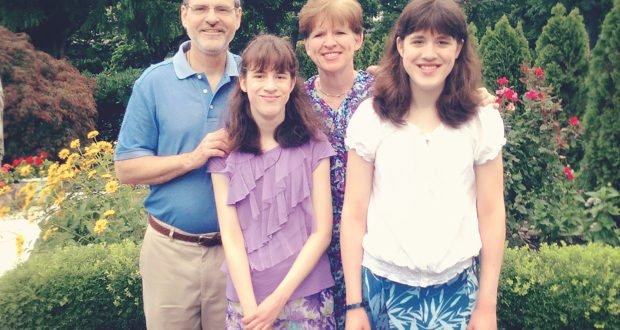 It’s Impossible, Right? Not with God! | The Zimak Family

“That’s impossible!” How many times have you spoken those words over the course of your life? If you’re like me, the number is probably in the hundreds or thousands.

What’s interesting is that those two words directly contradict what the Lord tells us in the Bible. In the meeting between the Blessed Mother and Gabriel (Luke 1:26 -38), Mary was told that “with God nothing will be impossible”. Why then, do we have such a difficult time believing that inspired message?

As I look back over my life, I lose count of the many “impossible” occurrences that did come true. I never thought I’d have a girlfriend, get a job after graduating college or be able to earn enough to move out of my parents’ house. Unfortunately, after each of those things happened, I still found myself doubting the angel’s message. In His endless mercy, however, the Lord continued to reach out to me with one incident after another. 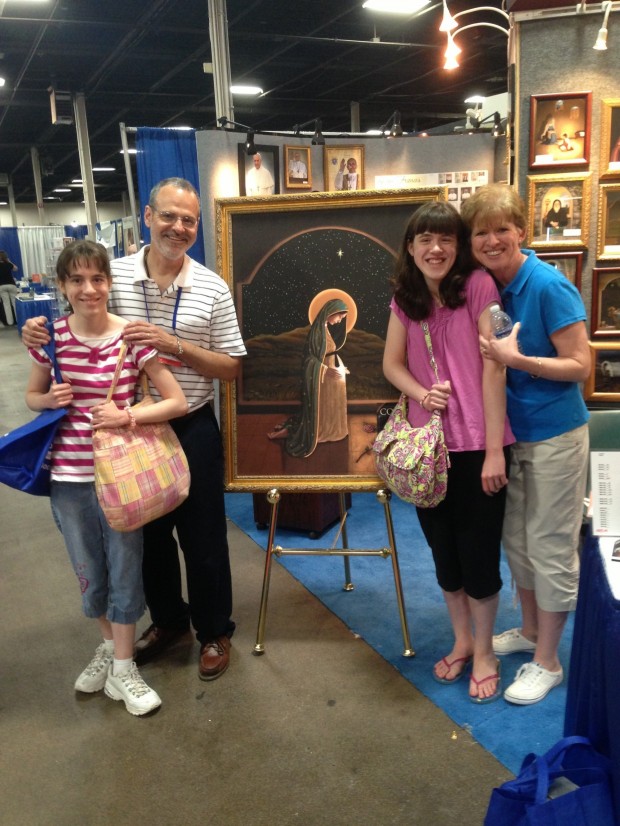 I was in my early thirties and still unmarried. I rarely dated, didn’t have much of a social life and had pretty much resigned myself to remaining a bachelor. However, I began attending meetings of a young adult group at my parish and met a wonderful woman named Eileen. We hit it off instantly and were married soon after. God had made that possible!

We immediately started trying to have children, but had difficulty. I came to feel that it was impossible for us to have a family. The Lord thought otherwise, however, and Eileen eventually became pregnant. Sadly, I still didn’t understand that God could do all things, so He had to show me in an unforgettable way.

During a routine ultrasound, it was revealed that we were having twins. Eileen and I were ecstatic! Unfortunately, our excitement was short-lived, as it was determined that our twins were suffering from a very serious medical condition known as twin-to-twin transfusion syndrome, a condition that is usually fatal for one or both of the children. Banking on the hope that God would perform a miracle, Eileen and I began to pray like never before and asked many others to pray. Although we had many ups and downs over the next few months, Mary and Elizabeth Zimak defied the odds and came into the world three months premature on October 27, 1997. The doctors and nurses were amazed. They called it a “miracle.” Once again, God did the “impossible” in my life.

Although these events helped me to understand that all things really are possible with God, I was again put to the test in 2010. After several years of ignoring homeschooling because it would be “impossible” for us, Eileen and I felt the call to homeschool Mary and Elizabeth. When the girls were in the sixth grade, we began to “wish” that they were homeschooled. The only thing standing in our way was the idea that it would be “impossible.” Looking back over some of the previous events in our lives reminded us that God has done the miraculous in our lives before, so we began to pray for direction.

In 2011, we attended a local homeschooling conference and something incredible happened. After listening to some of the speakers and talking with the representatives from Seton, we felt a deep sense of peace, and believed that if God was calling us to do this, He would find a way for us to succeed.
As the big day drew near, I’d be lying if I said we weren’t nervous. There’s no doubt homeschooling was a radical move for us. As we continued to pray, however, the peace kept returning and it just felt “right.” The girls too were excited about starting our new adventure.

The first day of school started off just as I expected, and I left for work with a memorable picture etched into my mind. Eileen, Mary and Elizabeth were seated around the table with huge smiles on their faces. It looked like a Norman Rockwell painting. As I sat in the office performing my project management duties, I anxiously awaited a report from home. When I couldn’t control myself any longer, I phoned home. Immediately, Eileen’s quivering voice told me things weren’t going as smoothly as was expected. 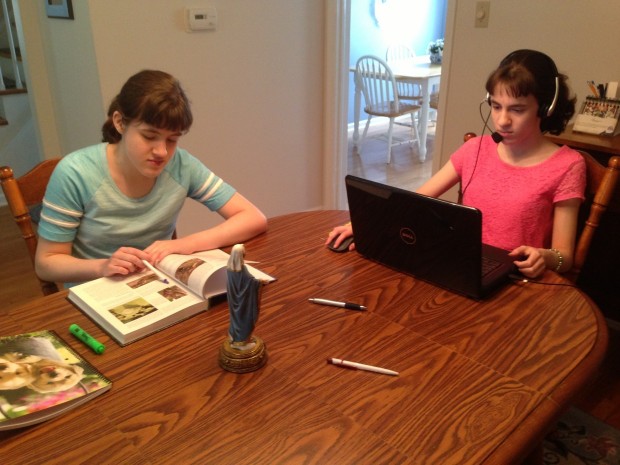 Summoning the courage to ask how things were going, I heard, “It’s horrible!” Before I could ask Eileen to elaborate, she followed with “Why would God trick us like this?” Well, to make a long story short, He didn’t trick us. After calming down and catching our breath, we recalled how much effort had gone into making this decision. Just as St. Peter was able to walk on water only while focused on Jesus (Matthew 14:28-33), Eileen and I had made the mistake of focusing on our problems instead of on the Lord. Once we began to pray and stopped panicking, the feeling of peace returned and homeschooling became the great experience that we thought it would be.

As a Seton homeschooling family for the past 3 years, I can honestly say that homeschooling has been one of the best decisions we’ve ever made. Not only are Mary and Elizabeth getting a solid Catholic education, but the experience is drawing our family closer together. Plus, when we have run into bumpy roads, the Seton staff has always been there to guide us. Have I finally learned that with God all things are possible? I’m pleased to answer with a resounding “Yes!”

A Day in the Life

This month we begin our fourth year of homeschooling.  Our daughters will be starting 10th Grade.  Our day begins around 8:15 a.m. with prayers or daily Mass, depending on our work load for that day.  We begin our day with Math, as it is our most challenging subject, and so it’s good to tackle that while we are all wide awake!  Math is a one-on-one subject for us, so while one daughter works on Algebra with my wife, our other daughter works on something like Spanish by herself.  Then they switch.  Once Math and Spanish are done, everyone is ready for a ten-minute break!

Then come English and Science, after which we take some time for exercise.  Oftentimes, this means taking our Siberian Husky, Gracie, for a two-mile walk.   After our walk, Gracie joins us in saying the Angelus, and then she knows it’s time for lunch!  The afternoon session usually involves Religion and History. 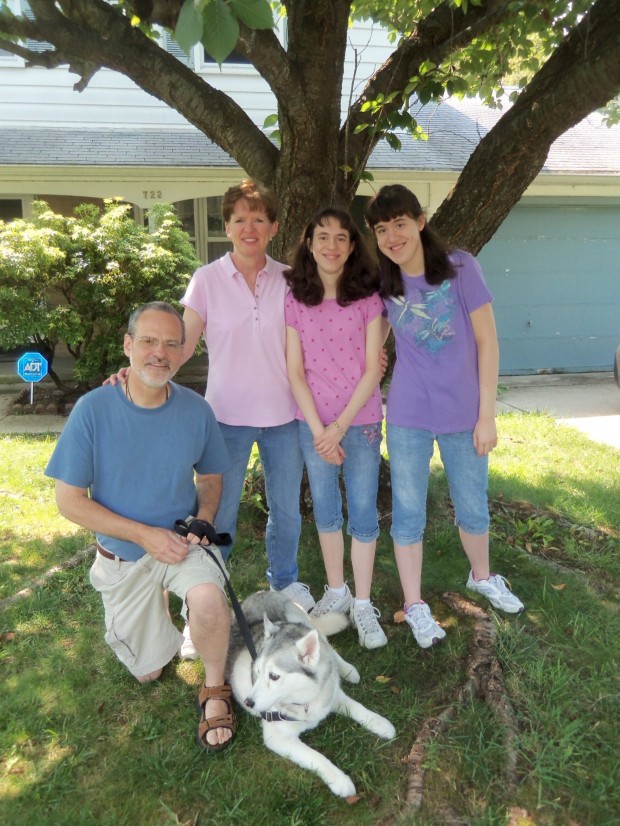 Our typical school day ends no later than 3:00 pm.  Any extra work that needs to be completed is done in the evening.   That’s the basic schedule, but homeschooling provides flexibility to deviate from the schedule when necessary.  The girls work very hard during the week so that on Fridays, they can attend a local homeschool co-op.  There the girls can enjoy all kinds of activities, including choir and acting classes.

After being laid off from my project management job in January of 2012, I followed the Lord’s call and became a full time Catholic evangelist and author. I have written 3 books, appear frequently on Catholic radio and present talks at Catholic parishes and conferences around the country. Whenever possible, Eileen and the girls accompany me to my speaking engagements and we’re pleased to be able to share our message with everyone… “With God, all things are possible!” 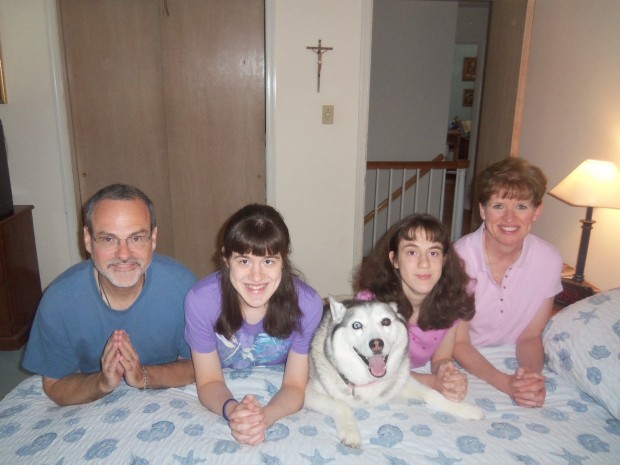 We love homeschooling. It’s been a great blessing for our family. However, that doesn’t mean that every day is perfect!  Some days just don’t go as planned, but that’s OK. We have a great daily routine that works for us, but we have encountered problems along the way. Math was one of those problems. Both of our daughters were struggling and we were at a loss. Finally, we called Seton and spoke with a counselor. He gave us advice that really helped! He suggested that we just take it a little slower. Instead of doing a chapter a day, we take two days (or longer if necessary). That’s the beauty of homeschooling and Seton – you can go at your own pace. The counselor’s advice has helped us immensely.

Recently, Seton has come to the rescue once again. During the past school year, our girls completed their first year of Spanish. Although they did well, Eileen and I didn’t think we were capable of teaching Spanish II. We weren’t sure what to do. We knew we couldn’t afford a tutor, and weren’t sure about other options. We contacted Seton, and they suggested using “Rosetta Stone” as an Independent Study Course. The girls can’t wait to get started!  We really appreciate how Seton is flexible and works with whatever your needs might be. It is such a good feeling to know that we are not alone. Seton is always there to help.