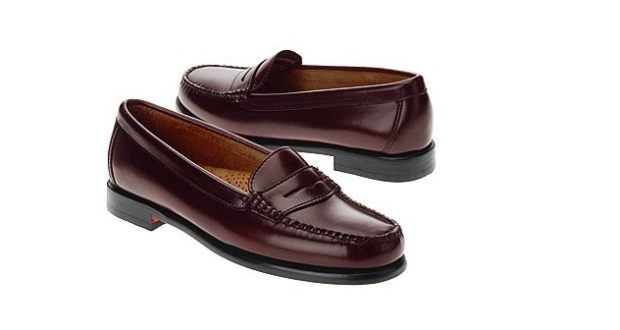 Moderate Consumption: The 3rd Principle of The Simple Life

When I was in fourth grade, I brazenly asked my father to buy me a pair of penny loafers. You see, the penny loafer fad had not fully caught on around my school yet, but I wanted to be among the first to own a pair. After waiting an eternity for his reply, he answered, “Abby, we cannot give you everything… but we will deprive you of nothing.” I didn’t quite understand what my father meant. I figured it was just a nice way of saying “no.”

When I came to America as a teen, I started earning my own income as a babysitter. After saving for so many months, I walked into a shoe store and found a plethora of shiny penny loafers, in all imaginable hues, carefully lined up on both sides of the aisle. I wanted to buy, not one, but many pairs of loafers that day. I figured that I had earned more than enough money, and nothing was stopping me from buying however many I wanted. For the first time in my life I felt the power of being a “consumer”. I walked into a place where everything around me was clamoring for my business. I had money and I felt powerful.

Then I remembered all the poor families that I had left behind in the Philippines. How could I use this money so frivolously when there were so many people who could not even afford their basic human needs of food, water and shelter? I struggled, but then I remembered my father’s words. At that moment, I was thankful that he was wise enough not to give in to the whims of a flighty fourth grader, but the teenager inside of me couldn’t resist the possibility of acquiring all the penny loafers my money could buy.

In the field of business and economics, a consumer is defined as a person who uses a commodity or service. Each and every person or entity that possesses the power to purchase is labeled a consumer. But we will be surprised at what the root word “consume” really means. To consume something is “to destroy or expend by use; to eat or drink up; to devour, to spend wastefully, to absorb or engross oneself in.”

The Virtue of Temperance

The Catechism of the Catholic Church says,

“Temperance is the moral virtue that moderates the attraction of pleasures and provides balance in the use of created goods. It ensures the will’s mastery over instincts and keeps desires within the limits of what is honorable.

The temperate person directs the sensitive appetites toward what is good and maintains a healthy discretion…Temperance is often praised in the Old Testament: ‘Do not follow your base desires, but restrain your appetites.’ In the New Testament it is called ‘moderation’ or ‘sobriety.’ We ought to live sober, upright, and godly lives in this world” (CCC 1809).

We as Christians are called to love God first and foremost. But because of original sin, we are easily addicted to things that are objectively good such as food, drink, material possessions, entertainment, wealth, power and fame. Excessive consumption becomes dangerous because we place these good gifts above the Giver of all good gifts who is God Himself. The virtue of temperance allows us to enjoy good things in balanced moderation and not fall into the trap of excessive consumption.

In embracing the simple life, the virtue of temperance helps us avoid the trap of living an excessive and extravagant lifestyle. In the story of Lazarus and the rich man, our Lord teaches us that we have a moral responsibility to use God’s good gifts wisely in order to help the poor. Sharing with the poor and needy is one of the resounding messages of the Gospel.

Below are some suggestions on how to practice moderate consumption:

After feeding the five thousand, our Lord Himself discouraged food wastage by asking His Apostles to gather leftover fragments in baskets. More recently, our Holy Father Pope Francis said, “when we waste food, we steal from the poor.” How can we avoid food wastage? In our home, we serve our meals in small portions and if anyone wants more, they can get seconds later. We serve leftovers for next day’s lunch or better yet, make a new dish from the leftovers and serve it for dinner. We also plan our menu around what we already have in the pantry.

To avoid wasting fruits, we make smoothies, banana bread, jams or simply freeze fruits at their peak. Also, if we have too much of something in our pantry and we don’t foresee using it in the near future, we share with other families. This not only avoids food wastage but builds a spirit of community as well.