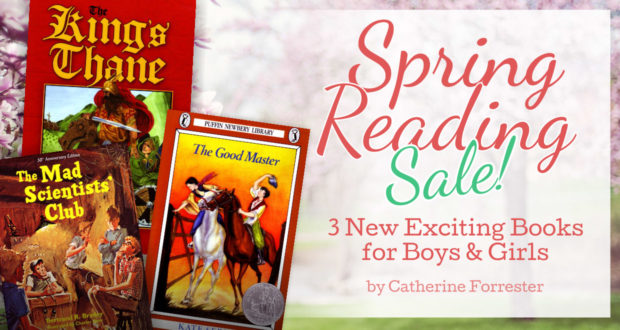 When I came into the office this morning, I found myself in love with a new stack of books on the table by my desk. How exciting! Reading has always been a treasured pastime of mine, one that both my father and mother instilled in me since nightly story time.

A few titles caught my eye. The King’s Thane. Hmmm…interesting; it seems reminiscent of Beowulf if I’m not mistaken.

The Mad Scientists’ Club. Gosh that brings me to a flashback of sitting on my bean bag and reading the Hardy Boys and Nancy Drew.

The Good Master. The title doesn’t reveal much, but the cover is cute and it piques my curiosity. 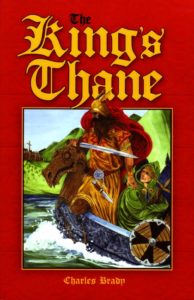 I decided to peel open The King’s Thane first. My face tore into a cheeky grin as I read the first chapter’s title: “The Bear’s Son Comes to Hamburgh.” This reminds me exactly of my brother Hugh! My older brother Hugh has always been called “Hugh Bear,” mainly because he is so grizzly and tough, but also because my mom and dad were always Papa Bear and Mama Bear. So naturally, he would be Hugh Bear.

It’s an impressive book, too. The style and prose is definitely at the level of an 8th grader or more. It is very well written, with History, Geography, and Religion lessons. A lot goes on in this book. Monsters are slain, conspiracies are discovered, and a mass conversion from ancient Nordic Religions to Christianity occurs.

A child’s retelling of the classic book Beowulf with a distinctly Christian tint, The King’s Thane is an entertaining and exciting tale for both boys and girls. 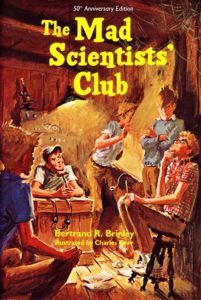 The Mad Scientists’ Club is really an adorable book. I can’t help laughing at how fun and playful it is. It’s impressive to me that a grown man and father, Bertrand Brinley, wrote from such an accurately childlike standpoint.

The Club consists of seven boys, Freddy, Dinky, Henry, Jeff, Homer and more, who concoct all sorts of crazy little schemes that get them into some trouble. But it’s all done in good, innocent humor. The book contains seven short stories teeming with adventure! The boys decide to build a sea monster and float it onto Strawberry Lake. They even wire it with red eyes (flashlights) and a circuit breaker so that it could blink. It’s really funny.

When the whole town witnesses the “monster” in Strawberry Lake, they get riled up into a real brouhaha. It reminds me of the time my brother Dale saw monkeys in the woods behind our house. He came in, shouting, “There are monkeys in the woods!” We didn’t believe him at all, that is until next week’s newspaper posted an article saying that monkeys had escaped from the Smithsonian Biology Institute (located in our home town).

We were incredulous! Dale really had seen monkeys! And we thought it was all just another one of his crazy schemes.

Hopefully your kids won’t get into as much mischief as the Mad Scientist Club kids do, but it may inspire them to read more and be creative in their work. 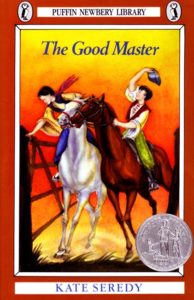 The third new book that I picked up, The Good Master,  wasn’t quite as cute or poetic as The Mad Scientists Club or The King’s Thane, respectively. It reminds me of Little House on the Prairie except the main character is Nellie Olesen!

Gosh, she is a real brat. A little girl named Kate is sent from the city Budapest to stay with her uncle, aunt, and cousin Jansci in the countryside. She causes all kinds of ruckus and gets poor Jansci into a lot of trouble.

But this book shows the strength of family. They don’t give up on Kate. They keep persisting and they keep loving until eventually she reforms. This book really illustrates how important family, love, discipline, and forgiveness are. Great illustrations and funny predicaments make this book a fun addition to your child’s reading collection.

These are such a great variety of books. Each is unique and fun in its own way. I’m wondering myself which one my future child will prefer. If I only had a weather channel that could predict my kids’ personalities!

All-in-all, these are great books. You can’t go wrong with picking a book off of Seton’s shelf. They’re like Hebrew National Hot Dogs—nothing bad for you in them, and they still taste amazing!

The 4th daughter of 6 children in Front Royal, VA, Catherine’s family converted to Catholicism when she was 12 years old. They have been strong advocates of Catholic homeschooling for over 20 years. A recent graduate of Mary Baldwin College (an all-girls school in southern VA) she has her Bachelors in Asian Studies and Economics. Her experiences with other Catholic homeschooling families changed her and her family’s life forever.