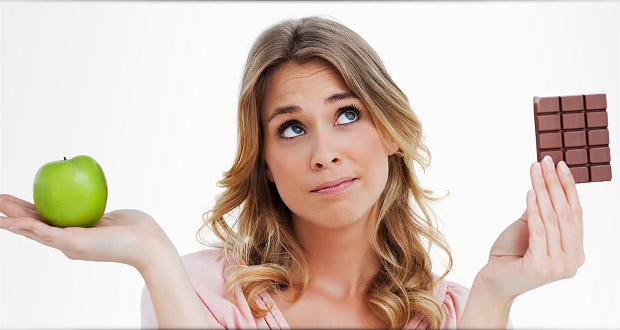 “Two Good Choices! Which One Do I Pick?!”

In Robert Frost’s famous poem “The Road Not Taken,” a traveler recalls a moment in his life when he reached a crossroads. He comes to a turning point on the journey and pauses to consider which path to follow. Both roads have fair prospects and great allure.

He regrets that he “could not travel both/ And be one traveler.” He lingers, reflects, and compares the two ways to discern some sign to guide his decision. Both roads are equally appealing and appear indistinguishable.

This choice, then, does not correspond to the decision between the broad way and the narrow way that Christ alludes to in his parable about the two paths, one leading to salvation and the other to perdition.

The two paths in the poem, though leading in different directions, cannot be distinguished in terms of wear, width, or grass. While, on first impression, it seems that the chosen path selected by the traveler is greener “because it was grassy and wanted wear,” on second thought “the passing there/ Had worn them really about the same.” Both roads look untraveled with no footprints giving evidence of use: “And both that morning equally lay/ In leaves no step had trodden black.”

How does one make a decision between two equally attractive invitations, not a choice between good and evil or wise and foolish? Both are “just as fair”; they are worn “really about the same”; both “equally lay” before the traveler beckoning him to follow.

The traveler does not make a list of the advantages and disadvantages that each option carries. He does ask a group of people to take a vote to help him decide, and he does not consult an expert or advisor for a professional opinion. He chooses one of the roads by inclination, intuition, and feeling. He listens to his heart, not the statistics or evidence of research.

He finally selects one of the paths and commits to following it “knowing how way leads on to way” and how one thing leads to another which in turn leads to another until life’s journey is completed. At the time of the choice the traveler tells himself he will explore the other road another time, yet realistically he knows “I doubted if I should ever come back.” The human journey that leads to a great adventure is travel on the one road that mysteriously captures the imagination and disposes the heart to incline in a certain direction.

In retrospect the traveler marvels at the adventure and success of the journey he has followed from beginning to end. Looking back to the time of the decision, he is tempted to take credit for his prudence and discernment: “Two roads diverged in a wood, and I–/ I took the one less traveled by, /And that has made all the difference.” Yet in all truthfulness he does not judge the two roads in terms of “more” or “less” traveled because they looked the same and appeared equal in every way.

The traveler was led, he listened to his heart, he took a chance, he was fortunate, and he does not deserve all the congratulations for a wise choice that involved more luck than forethought. However, his commitment to the choice, his perseverance on the road, and his completion of the journey explain a part of his happiness at the end of his travels. “Man proposes and God disposes” as the proverb says. One must always trust in Divine Providence.

The traveler’s journey of course is the human journey. Every person has a vocation and a destiny, a road to which he is naturally inclined or spontaneously led. A person must choose a road by listening to the heart as well as using his head; he must be at peace with the choice using the best lights he has even though these lights do not offer perfect clarity. A person must commit to the journey and persist with patience, endurance, and will power to the end and trust in Divine Providence directing him to the right road intended for him.

When the two choices seem equally attractive and difficult to discriminate, some small hint or some quiet voice in the heart sooner or later makes a difference and leans a person in one direction.

Not every human choice is sharply clear, especially when no clash of opposites like the narrow way and the broad way, God or Mammon, or Hamlet’s “To be, or not to be” dramatizes the decision. Human decisions often require distinguishing between two good alternatives which both promise benefits and happiness with no guarantee that one is a wiser judgment. No person is omniscient no matter how much he deliberates as the traveler in the poem acknowledges: “. . . long I stood/And looked down one as far as I could go/ To where it bent in the undergrowth.”

A person cannot weigh alternatives forever and not choose, and he cannot constantly balance the scales to predict outcomes.

The art of living is to make difficult decisions by listening to the voice of conscience, consulting the best judgment of the mind, and by obeying the deepest desires of the heart. The rest lies in God’s hands. “But something has to be left to God” as Frost writes in “Good-Bye and Keep Cold.”

It is not the traveler who took the road less traveled by, but the hand of God mysteriously leading him to the right road.