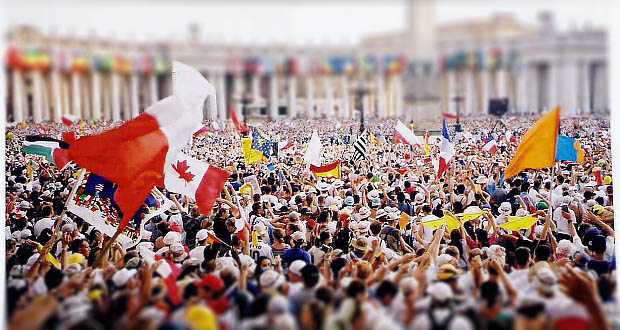 Where are Tomorrow’s Catholic Leaders?

Last weekend, National Review Online ran the text of a speech that George Weigel gave in Green Bay, Wisconsin. The theme of Weigel’s speech was that Catholicism offers a view of society that constitutes a viable alternative to the view of modern secularism, and that the Catholic view needs to be proclaimed and defended in the public sphere.

Weigel writes of what is facing us: “ … the challenge now is to give America a new birth of freedom rightly understood as built upon those four truths; a new birth of freedom re-cemented to a foundation of transcendent moral truths about the human person, to the principle of government-by-consent, to a recognition of the priority of civil society over the state, and to an existential affirmation of the linkage between personal and civic virtue and liberty lived nobly.”

In musing upon how that challenge may be met, Weigel writes, “The challenge … won’t be met by Catholic traditionalists retreating into auto-constructed catacombs.”

It is not uncommon for homeschoolers to be accused of living in “auto-constructed catacombs”. Usually this charge is couched within the accusations that parents are trying to overly protect or shelter their children, or that homeschoolers don’t know anything about the real world.

Seton Home Study School is located in Front Royal, Virginia, along with other Catholic apostolates such as Christendom College and Human Life International. Front Royal has perhaps the nation’s highest percentage of homeschoolers. It has perhaps the nation’s highest per capita birth rate. I saw a statistic a few years ago that only about 1 in 10,000 families has eight or more children.

Some people think that Front Royal is like a walled city, where internal news never gets out, and external news never gets in. Like Chester’s Mill in Stephen King’s book Under the Dome, it is thought to be hermetically sealed. Or like the village of Brigadoon, it lives in the past and rarely wakes up to encounter the present.

The three local apostolates mentioned above each send their message out far and wide, throughout the country and the world. Christendom College takes students from all over the world, educates them, and sends them back out into the world. Human Life International brings the message of the sanctity of life to nations all over the world, with affiliates in Europe, Asia, Africa, and the Americas. Seton Home Study School is the largest combination Catholic grade school and high school in the United States, and serves Catholic families all over the world.

It is true that Catholic homeschoolers are somewhat sheltered. When you plant new grass seed, you cover it with straw and let it grow under that shelter. But when it springs up from the ground and reaches toward the sun, it no longer needs the shelter.

In the same way, Catholic parents seeks to shelter their children in their youth, so that they may grow in wisdom and holiness without constant battering from the world. But once they are grown and educated, these children no longer need shelter. They are able to take what they have learned and engage the world without fear.

It is said that Catholic homeschoolers don’t know the real world.

More Needs to be Done

Yet with all that Catholic families do to engage the world, more clearly needs to be done. The fact is, although we live in a nominally “Christian country”, most people do not know what Christianity teaches. Taking the controversy over gay marriage, it is frequently stated that the only reason for opposing gay marriage is hatred for gay people. The Catholic Church opposes gay marriage not out of hatred but out of love; not because the Church is against something but because the Church is for something. That message is rarely if ever heard in the constant media barrage.

More clearly needs to be done. Pope Francis is aware of this. He has tried to engage people where they are, and to state truths in a way that will resonate with his listeners.

More clearly needs to be done. We applaud those Catholics with the courage to suffer abuse for defending Catholic principles. We honor those who, in the service of love, are willing to be calumnized as haters. We thank those Catholics who have brought the philosophical tradition of the common good into media and government. We cheer for those Catholic lawyers who have defended life and who have challenged laws that restrict religious freedom. We need more such Catholics.

More clearly needs to be done. The future belongs to the young, to those who can present an appealing vision that draws people in. The secular world presents a vision of nothingness, in which freedom comes from the fact that, in the end, nothing really matters. But this is a vision that promises an empty “happiness” because it does not engage the universal human need for purpose.

Young Catholics, and especially young homeschooled Catholics, need to lead a resurgence of purpose in our nation and our world. We need the Catholic homeschool students of today to be the leaders of tomorrow.

More clearly needs to be done.