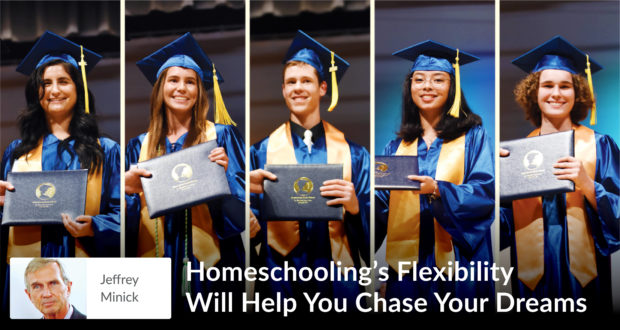 Homeschooling’s Flexibility Will Help You Chase Your Dreams

Dream makers – Meet a sampling of the Seton Home Study School Class of 2018 and discover how the flexibility of homeschooling provided the opportunity to excel scholastically and to realize their dreams as well.

One of the great advantages of homeschooling is, of course, your freedom to chase your dreams outside of academics.

A flexible schedule allows some of you to practice such arts as ballet, painting, or acting, to participate in sports like swimming, martial arts, and track, to serve at church or in the community, and to hold down a part-time job.

This year’s Seton commencement program contained a section titled “About Our Graduates,” which offered short biographies of the graduates. Here we find young men and women embarked on all sorts of adventures.

Some are off to colleges across the country; others intend to join the military or ROTC; still others have plans to work. Here as well among these graduates we discover a vast range of interests developed while homeschooling: piano and violin, fencing and water polo, dance and writing, Scouts and 4-H, and much more.

Let’s meet a few of these students. 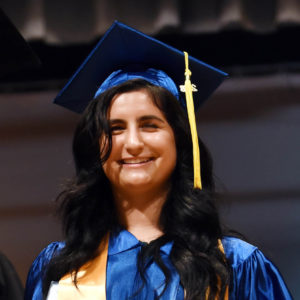 Since the age of four, Sophia Olomi of California, who homeschooled with Seton K-12 and plans to attend Franciscan University, has studied Krav Maga, a self-defense system developed by the Israelis.

Sophia also plays soccer, is proficient on several musical instruments, and enjoys writing. “Homeschooling,” she says, “really allowed me to give my all to these activities and the flexibility to coordinate my love for them with my love for learning.” 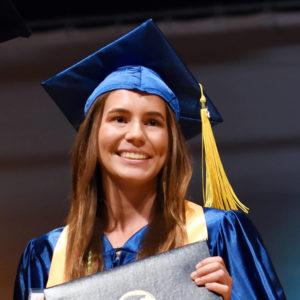 Kathryn LeBlanc of Louisiana, a Seton student since seventh grade now headed to Louisiana State University to major in pre-veterinary medicine, seconded flexibility as an advantage of homeschooling.

Kathryn, whose family raises sheep, horses, dogs, cattle, ducks, and ferrets, found that homeschooling “allowed me to be there for the animals’ needs,” which included helping with the sheep during birthing season. 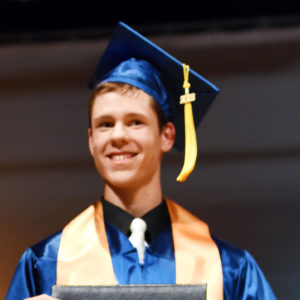 From Indiana we meet Steven Kasuboski, who spent his high school years with Seton and who plans to major in communications at Franciscan University.

Homeschooling gave him the time to work 20-25 hours a week at a local thrift store. He also believed that homeschooling made it “easier to get the truth, especially in history classes.” 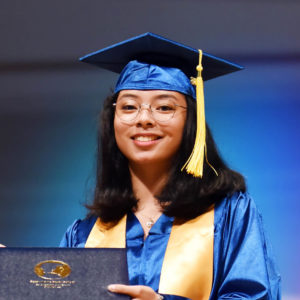 Julie Berces of the Philippines, who spent her last two years of high school in the Seton program and who hopes to become a forensic psychologist, gives credit to homeschooling for allowing her “to get closer to my family.”

She hadn’t seen her older sister in nearly five years, and came to live with her for a time in New York, registering with Seton to keep up her studies. 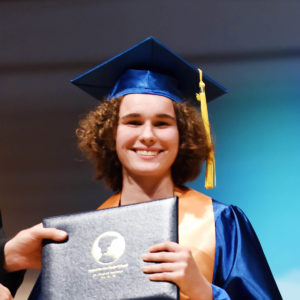 Katerina Timpson, currently living in Illinois, grew up in a military family and has lived in various parts of the United States and Europe.

An aspiring artist who likes painting as a realist and sometimes in an anime style, and who will attend Southwestern Illinois College to major in studio art, Katerina found that homeschooling allowed her time to pursue her study of art. It also gave her “the education that I needed…geared more to me than to the general population.”

As many readers of this magazine are aware, this past spring Seton invited high school students to enter an essay competition with the theme “What Homeschooling Has Allowed Me To Achieve.” Students who entered that contest were directed to write on their achievements while homeschooling.

Many of them mentioned being able to attend Mass and Adoration more frequently. They described how homeschooling also had brought them closer to their families, including one young woman who had become particularly attached to a younger brother with Down Syndrome. Several, too, wrote of physical or emotional problems resolved through homeschooling.

One ninth-grade girl explained in her essay how the flexibility of homeschooling had given her more time to practice the violin, so that when she entered the Canadian Music Competition, she became a finalist. After beginning sewing lessons with a woman from her church, a tenth-grader writes regarding those lessons that sometimes “I would be there by ten or eleven in the morning, and sometimes stayed until nine at night.”

Others tell us of writing short stories and poetry, singing in church choirs or music groups, having the freedom to travel widely, and feeding a talent for filmmaking.

Here at Seton we clearly care about your academic success, but we also care about your dreams. Dreams are precious and sometimes fragile creatures—“Tread softly,” wrote poet William Butler Yeats, “because you tread on my dreams”—but you as homeschoolers have the intelligence, spirit, grace, and flexibility of schedule to make some of those dreams come true.

Enjoy the summer and your pursuits.