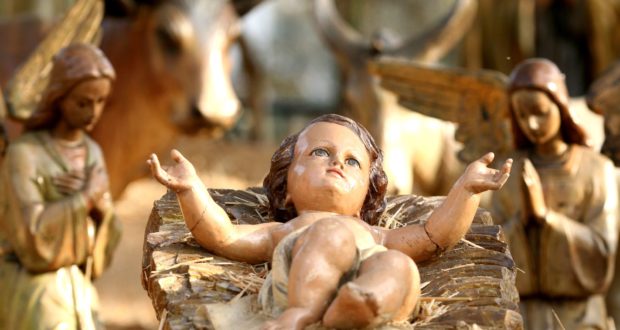 Poverty Awareness: The 4th Principle of The Simple Life

When I was four years old and living in the Philippines, there was an elderly man who would come around our street once or twice a month to beg for food. He was ill and had a difficult time speaking.  Nobody in the neighborhood seemed to know his name. Every time he came, my Lolo, or grandfather, greeted him with a hearty “Hello My Friend!”  From then on, all of us children called him “My Friend”.

Every time My Friend came to visit, our hearts would pound with excitement.  All the children would dutifully gather sticks and stones while Lolo would run inside the house and bring out some rice, a pinch of salt, a fresh cup of water and a box of matches.

When My Friend arrived at our front gate, he greeted us with a joyful smile.  After handing him our sticks and stones, he would meticulously light a small campfire while Lolo placed the rice, water and salt inside the tin can. All the children enjoyed watching the rice slowly boil inside this poor man’s makeshift pot.  He would carefully remove the can from the fire, say a silent prayer of thanksgiving and proceed to eat his simple fare as if it were a feast. Lolo would then give him some fresh water and My Friend would bow in front of him many times in what seemed to me a most profound and humble act of gratitude.

Several months went by and we realized that My Friend never came around.  After much inquiring with the neighbors, we were told that My Friend had passed away from throat cancer. It was only then that I realized why he couldn’t speak and why he ate so little.  “How could he be so joyful when he was in so much pain?” I thought to myself.  I realized that, in the end, the only thing he took with him to Heaven was, not his old tin can, but a heart filled with joy and gratitude.

Jesus Chose To Be Poor

According to The Human Development Report, released by Globalissues.org in July 2012:

If we look at the life of the Holy Family in Nazareth, we come to see poverty in a very different light. Jesus Christ, the Son of the living God, the Second Person of the Most Blessed Trinity chose to be poor. Our Lord chose to be born in Bethlehem, which according to Scripture is “one of the least of the cities of Judah.”   Yes, the King of Kings and the Lord of Lords chose to be born in a lowly stable, laying His head on a manger filled with nothing but straw.  His first visitors were poor shepherds of the region who had nothing to offer Him.  His parents presented Him in the temple, offering two turtledoves because they could not afford to offer the customary gift of lambs.  His mother was a stay-at-home wife while His foster father was a carpenter by trade.

But why would the Son of God choose to live in such a lowly state?  What lessons is our Lord trying to teach us in choosing to live a life of simplicity?  In St. Paul’s Letter to the Corinthians, we read, “Though our Lord Jesus Christ was rich, he became poor, so that by his poverty, you might become rich.”  In choosing to be poor, our Lord wants to teach us that in the end, wealth and material things cannot be taken with us to the next life. Our Lord wants to teach us that generosity is far more important than having amassed wealth, status and possessions in this world.  In choosing to be poor, He invites us to see Him in the eyes of the poor.  We experience true joy and true freedom when we answer His invitation to live in a spirit of generosity.