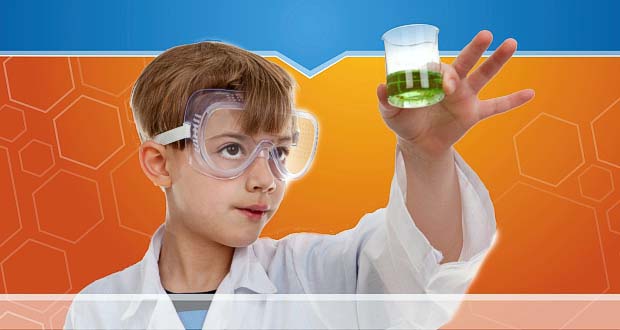 When asked what supplemental products they wanted added to our online store, Seton parents overwhelming chose Science labs and kits. Since then we have been determined to find good science products at a great value for homeschooling families.

The award winning Thames and Kosmos line has been a great success. The product line has a variety of science kits for ages 5 through high school. The presentation and materials of each kit is age appropriate, the enclosed instruction manuals are structured like lesson plans, and the graphic design of the box is exciting and communicates that this is going to be FUN!

We’ve been so satisfied by T & K’s CHEM line that we’ve even added them as an optional add-on for Seton Home Study School’s online enrollments. We choose only the more popular products as optional add-ons. T & K has an excellent reputation for quality and value. Check out our web site, we recently added nine new kits to our selection.

A few years ago, a Seton staff member brought the Mr. Wizard line to our attention. That was a good day. The creator of the series, Don Herbert, was a genius educator and great innovator in the early days of television. His remarkable talent for teaching science is legendary. He became known as “America’s Favorite Science Teacher.” His technique of having children assist him in demonstrating scientific principles continues to make the science highly accessible to young scientists.

Herbert’s techniques and performances helped create the United States’ first generation of homegrown rocket scientists just in time to respond to Sputnik. He sent us to the moon. He changed the world.  –  Bill Nye, the Science Guy

A bit of history: the “Watch Mr.Wizard” TV Series first aired Live on NBC network from Chicago on March 3, 1951, and ran until 1965. It covered over 400 topics from Archaeology to Zoology. This Black & White show was truly a first in TV Broadcasting. Its inquiry based, hands-on format had children, parents, and teachers tuning in every Saturday morning to see what challenge Mr.Wizard would dream up for his young guest.

His second major TV series,“Mr.Wizard’s World,” first aired on the Nickelodeon channel in 1983 and ran until 1991 and established Mr.Wizard as a household name to a new generation of fans. Now in color, each show had Mr.Wizard and a child exploring and discovering what made the world tick in recurring categories such as: Challenge, Everyday Magic, Frontiers, How Things Work, Know Your Body, Oddity, Quick Quiz, Safari, Snapshot, Supermarket Science, and What’s This?

The Young Scientists Kits have an interesting history as well. The company was started in 1999 by a mom who was looking for a way to put her Harvard education in the sciences to good use by creating fun science activities for her five children. It began as a summer camp and when friends from other parts of the country asked how they could participate, the camp’s science experiments were packaged and sent to them on a subscription basis.

Over time the subscription science kits were packaged into the Young Scientists Kits with 12 sets each containing three kits. We’ve found the curriculum to fit neatly as a supplement in Seton’s elementary Science program.

Periodically check the Setonbooks web site because, like good scientists, we will continue our search for new discoveries to help you teach science in your homeschool classroom.