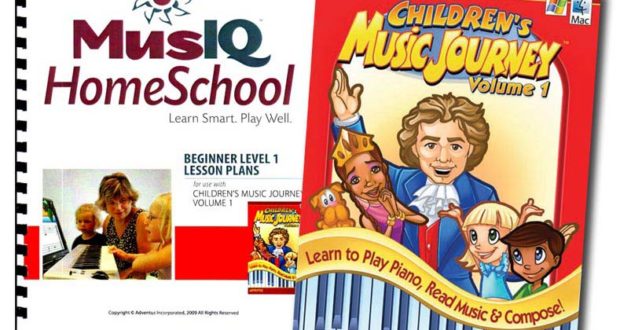 Northwestern University scientists have completed a review of research into what music — specifically, learning to play music — does to us. The result shows music training does far more than allow us to entertain ourselves and others by playing an instrument or singing. Instead, it actually changes our brains.

The bottom line is that musical training has a profound impact on other skills including speech and language, memory and attention, and even the ability to convey emotions vocally.

The language of music is a wonderful gift that improves your children’s quality of life. Having a musical family benefits parents as well. If your child develops a significant level of skill with a musical instrument, it also impacts their overall academic performance. Using modern tools you can provide this in a practical way at home.

All of us are designed to learn the language of music, but it’s tough to get there using traditionally strategies. High quality interactive software helps your children enjoy spending learning time at home with their instrument every day. The immediate feedback to the student makes practice fun and more likely to be productive. Their steady progress will improve their level of interest, and this is a big help even if they take lessons.

You can increase the chances of your children reaching their potential by starting the music learning process in the early years, so they’re playing music that interests them before their “busy” years.

So what is it that musical training does? According to the Northwestern scientists, the findings strongly indicate it adds new neural connections — and that primes the brain for other forms of human communication.

In fact, actively working with musical sounds enhances neuroplasticity, the brain’s ability to adapt and change. “A musician’s brain selectively enhances information-bearing elements in sound. In a beautiful interrelationship between sensory and cognitive processes, the nervous system makes associations between complex sounds and what they mean,” Nina Kraus, director of Northwestern’s Auditory Neuroscience Laboratory, explained. “The efficient sound-to-meaning connections are important not only for music but for other aspects of communication.”

For example, researchers have found that musicians are better than non-musicians in learning to incorporate sound patterns for a new language into words. Their brains also appear to be primed to comprehend speech in a noisy background.

What’s more, children who have had music lessons tend to have a larger vocabulary and better reading ability than youngsters who haven’t had any musical training. And children with learning disabilities, who often have a hard time focusing when there’s a lot of background noise, may be especially helped by music lessons. “Music training seems to strengthen the same neural processes that often are deficient in individuals with developmental dyslexia or who have difficulty hearing speech in noise,” Dr. Kraus stated.

The Northwestern researchers concluded their findings make a case for including music in school curriculums. “The effect of music training suggests that, akin to physical exercise and its impact on body fitness, music is a resource that tones the brain for auditory fitness and thus requires society to re-examine the role of music in shaping individual development,” they wrote.

A footnote: A study from the University of Wisconsin and the University of California at Irvine found that 3 and 4 year old children who had 8 months of musical instruction, including singing and keyboard lessons, scored 43% higher on IQ tests than those who received no music lessons!