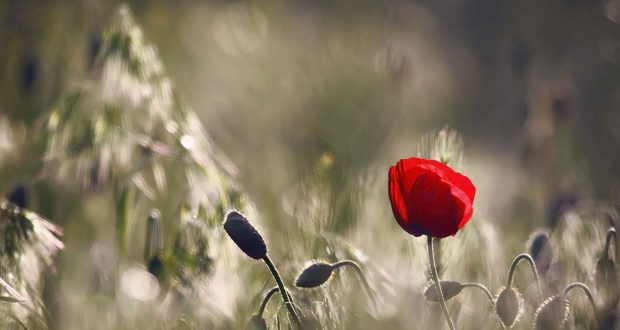 Homeschooling: A Teenager’s Point of View

I never knew how much I didn’t know until I was homeschooled. I have been an “A-B” student since kindergarten, and I have attended private schools since second grade. I’ve always enjoyed the classroom atmosphere, and at this time last year, I would never have given it up for anything. I loved cheerleading, I loved sports and I loved to have fun. I was in every club and every contest; I was always on the run with my activities. At this time last year, I had just had my cap-and-gown 8th grade graduation, and I was trying to decide which of my three high school options was best for my needs, both socially and academically.

Just when I had thought I made up my mind, my mother discovered homeschooling from a friend of hers. She was interested, and, like she does with everything interesting, she researched it. The more she found out, the more she liked it. She, at first, looked into it for my younger siblings, ages 3 and 5 at the time. Then she found out that high schoolers could be homeschooled, too. After much prayer and debating with herself, God, and particularly me, she decided that I and my sisters and brother would be homeschooled.

I was furious at my mother. I wanted to go to high school with my friends! I had always dreamed of being Homecoming Queen, of my first Prom, of parties, friends, dances. I was angry at her for taking away my dream. Yet I knew that it was pointless to argue now that my mother had made up her mind. So, I decided that I should take it with a smile, and bury my anger inside.

As I chose my courses, I realized that I could choose my courses to fit my needs and interests, and I had never been able to do that before. I had always loved English and literature, so I was glad when I could take Shakespeare. I wanted to be a doctor, so I chose Latin. I had taken Algebra 1 in 8th grade, so I chose Algebra 2. I chose the required English 9 and Religion 9, and Physical Science. I had thought these would be easy, for I had always been an “A-B” student. I still held that principle when I received my books, except for Algebra. I ended up returning Algebra 2 for Algebra 1, realizing that my Algebra 1 course the year before wasn’t as thorough as I’d thought.

As I struggled through my first few weeks of homeschooling, I realized that I wasn’t as smart as I thought I was. I learned that I was never taught my basic math principles and that Latin wasn’t as easy as I had thought it would be. I had a very hard time with learning math basics, and I was constantly on the phone with Seton’s Latin tutor, Father Constantine. I had become very frustrated with my work, and slacked off. I began to miss the classroom atmosphere and everything in relation to it. I was lonely and I wanted to be with my friends again.

I began to sulk. I cried all the time in the privacy of my bedroom/classroom. I rebelled and fought my parents, trying to make them understand how hard this was for me to adjust to. I told them I wanted to go back to school. They made arrangements, and I was sent to my local public high school. My parents were very distraught over this, and felt awful at having to send their oldest daughter to school, but they knew it was the only way I would learn to appreciate the work they’d done for me in homeschooling.

The four days I spent there was enough. I had seen things there that I had never seen, I was treated in ways I’d never been treated, and I was more scared than I had ever been before. Yes, I had gotten back my “A-B” average, but that was only because the classes were not of a high school caliber. I never knew how low, though, until my Algebra 1 Honors class was easy. Then I knew that this wouldn’t get me anywhere. I came back home.

This time, I began to appreciate what my mother was trying to do for her children, and I tried much harder to honor that. School was hard, but I worked harder than ever. Though my grades weren’t as high as I had always gotten, I knew that I was learning more than I ever had, in more ways than one. I have learned so much more about God and myself in this past year than I have in the past 8 years.

I found who my real friends were. I also had the advantage of seeing everything from a distance. I saw how much all my friends had changed, and I knew that I was no longer a part of them. I saw what they put up as goals and compared them to my own. There was never a comparison though. While I strive for college, others strive for the latest skirt. While I look for myself, others look for ways to become more like the “in” crowd. I look and patiently wait for the trustworthy and devoted man that I am destined to wed, but others fight for the guy with the worst reputation. It hurt to see how much my friends had changed for the worse, but I knew there was nothing I could do. They had become molded in society’s definition of “peer pressure.” They were trying to grow and mature and learn while trying to please their peers and teachers.

If I had never been homeschooled, I never would have known any of what I do now. I am very grateful to my parents and what they’re trying to do. I have so much more respect for them and for all parents around the world who homeschool their children. All the children and teenagers who are going through the same situation I had gone through in the beginning, well, I understand. Homeschooling will be hard, especially if you’ve been in school for your entire life like I had been. It’s worth it though. You might find out that you don’t even know half of what you thought you knew.