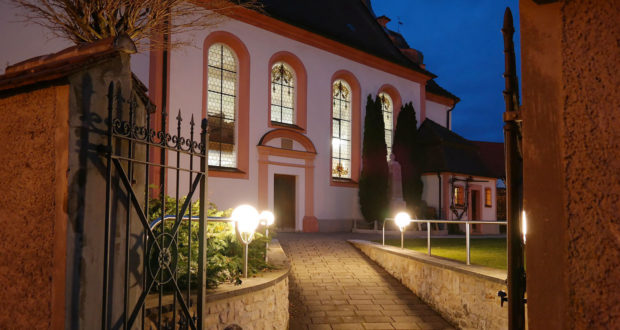 Last month’s column was the story of how a largely poor, immigrant population built a powerhouse parish school system that provided a first-rate scholastic education. By the mid 1960s, the Catholic system reached its peak with 4.5 million elementary school pupils, and another million students in Catholic high schools.

The number of students attending Catholic schools decreased to about one-half that number by the beginning of the twenty-first century. Formerly vibrant schools are being closed or merged at an alarming rate by Dioceses across the United States. In 1965, approximately half of Catholic children were educated in Catholic schools, compared to only about 15% now.

Incredibly, a system built by and for an immigrant population educates a mere 3% of Latino children. Catholic children attending government schools receive, at best, a scant hour per week of formal religious instruction in parish religious education programs. Is it any wonder that Catholics now abort, contracept, divorce, and live together outside of marriage in numbers similar to those of the general population?

What caused this catastrophe and what are the implications for Catholic homeschoolers?

Certainly some of the blame stems from the confusion that followed the Second Vatican Council, but other factors played major roles as well. One important factor was the highway system, built in the second half of the twentieth century.

Parents moved to the suburbs, away from the city parish schools. Some parochial schools were built in the suburbs, but increasingly were unable to compete with the high end, taxpayer-funded, public school buildings.

Responsibility for ridiculously expensive, extravagantly equipped government schools can be placed squarely on the shoulders of the former Soviet Union. The USSR launched Sputnik in 1957 and launched Yuri Gagarin into space in 1961, events which sent the United States into a cold war panic to compete.

Teaching science and math grew in importance, and the liberal arts, the focus of Catholic schools, was considered dated and irrelevant. Catholic families moving to the suburbs were awed by the beautiful gyms and science labs in the public schools.

The history of the decline of Catholic education can be traced to, of all things, the Administration of President Ulysses S. Grant. At that time, an anti-Catholic faction tried to add the so-called Blaine Amendment to the US Constitution prohibiting the use of public funds for sectarian schools.

Although it failed on the federal level, Blaine language was added to the laws in several states. In the 1960′s Catholic school students went about in school uniforms collecting signatures to overturn Blaine regulations, and it worked!

To save parents money, Catholic schools switched to public school texts except for the religion books, so the Catholic divisions of textbook publishers were eliminated.

The Failing of the Parochial Schools

What happened to the public school system since then is common knowledge. Academic rigor was replaced by assorted educational fads. Structure and discipline was replaced with sex education, values clarification and self-esteem training. As parish and diocesan schools were using the same texts, many of these problems crept into the Catholic schools, as well.

Parents saw little difference between Catholic and public education, and problems facing parochial schools grew exponentially. Benchmarks of Catholic education like memorization, recitation, a tightly ordered school day, lectures on diligence, and, most of all, discipline, were replaced by formless “student-centered” instruction.

Plus, secular textbooks, at best, left children ignorant of their Catholic heritage. At worst, they perpetuated the nastiest of anti-Catholic bias.

Clearly, the aftermath of Vatican II shares blame for the decline of Catholic education, as well. As a result of widespread confusion about what the faith required, parents no longer understood the mandate to provide a Catholic education for their children or what that might require.

Many came to believe that an hour of CCD each week was sufficient. I have attended Mass most days of my life and I have never—not once—heard a priest contradict that notion.

Members of the teaching orders began to question their vocations. They abandoned the parish schools in droves forcing schools to hire lay teachers they couldn’t afford. Coupled with the high cost of building and maintaining schools, staff expenses caused tuition cost to skyrocket. Worst of all, the catechisms used in Catholic schools often failed to present even the most basic truths of the Faith.

Often changes in the parochial schools were adopted in spite of parental protests. Many devout teachers were appalled at changes, and disgusted by some of the course material they were expected to present. Some of them banded together and formed private Catholic schools. Faced with insurmountable problems, many of these schools failed.

Private schools did provide a valuable service, however, and unwittingly started the Catholic homeschool movement. Parents who heard about them, but lived too far away to send their children, would purchase books from these private schools and teach their children at home.

A few schools, like Seton School in Manassas, Virginia, provided some limited oversight and voila a handful of Catholic families sort of fell into homeschooling.

Presently there are about 100 thousand Catholic homeschooled students in the United States. They have an extraordinary record of accomplishment. Overall, they score around 35 percentage points above their public school peers on standardized tests.

Graduates have been accepted into virtually every university, including the Ivy League and the service academies.

Homeschooled students are entering the priesthood and religious life in record numbers. Many consider them to represent the future of the American Church.