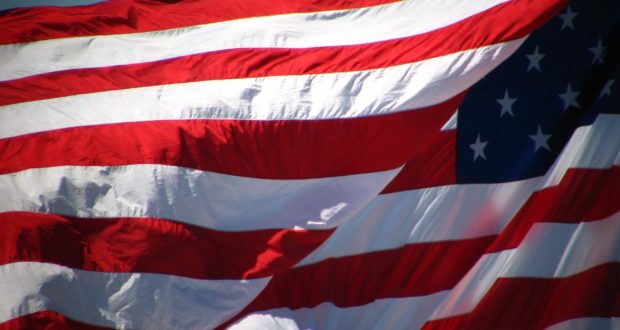 My two previous columns (available in the online newsletter archive) gave a brief history of the rise, and sadly the partial decline, of Catholic education in the United States. To accomplish the goal of a Catholic education for their children, parents are increasingly turning to homeschooling, but we homeschoolers have many lessons we can learn from the Catholic educators who came before us. For Catholic homeschooling to succeed and thrive in educating future generations, it must remain authentically Catholic, unapologetically rigorous, and marked by a commitment to diligence and order.

Readers who are enrolled in Seton can rest assured that Seton filters every text, every lesson plan, every newsletter article, and every word of advice from a counselor through the teaching of the Catholic Church. Nothing is more central to our mission. Occasionally, I hear that Seton is “too Catholic” and our children must learn to live in the real world—a world that is decidedly secular. Please allow me to respond.

First there are aspects of the “secular” world that would better be described by other words such as tawdry, crude, tasteless, and disgusting. Believe me, your children can live very happy lives without knowing more of the details. Second, Seton does present the world outside of Catholicism in their literature, history, science and art courses, but with explanations that fit them into a Catholic perspective. Finally, you can easily locate secular or other non-Catholic materials in the library, bookstore, or on the Internet. The educational material that Seton produces can really not be found any place else.

As this column is being written, our citizens are seeing firsthand why we need to produce a new generation of Catholic leaders. It is not enough simply to raise our children to aspire to sainthood; we must prepare them to carry out whatever vocation God has in mind for them here on Earth. As adults, they may be called to defend our religious liberties, the lives of unborn babies, or the integrity of the charitable work carried on by Catholic agencies. Perhaps they will do God’s work as priests or religious, or perhaps in the secular world, but now, as never before, this will require higher education, advanced degrees, and impeccable credentials. The Church will need a new generation of leaders to assume roles in government, journalism, medicine, and commerce, and you, their parents, must prepare them.

Consider this responsibility seriously. Could you ever imagine that Supreme Court Justice Antonin Scalia did unit studies in school, or that the Archbishop of Los Angeles was unschooled? Of course not! We presume that they had rigorous academic and religious preparation. As a matter of fact, Justice Scalia attended Xavier, one of New York City’s toughest Jesuit high schools, graduated summa cum laude from Georgetown, and earned his law degree from Harvard. Archbishop Gomez earned a Bachelor of Science in Accounting and a Bachelor of Arts in Philosophy from the National University of Mexico. He earned a third undergraduate degree, this time in Theology, from the University of Navarre, and later a Doctorate in Sacred Theology from that same school. Clearly these Catholic leaders saw the value of robust academics, and so must we.

One of the benefits of home education is that we can tailor the work to suit a particular child or proceed at a different pace, but that does not excuse us from demanding the very best performance from all of our children. On a practical level, that means that we can teach our third grader multiplication facts by completing workbook pages, or by using flash cards. We might try learning a times tables tune, or playing a computer game, or just writing and reciting them. One way or another, however, the children must memorize their times tables. The same can be said for the parts of speech, or American history.

My son teaches at a hagwon, a private school in South Korea. His students are already fluent in English; he is teaching them how to do literary analysis and write research papers. He tells me that some of them are quite advanced and one pupil even quoted Goethe in the introductory paragraph of a paper. Many are just twelve and thirteen years old! My daughter is a college senior here in Chicago. She reports that many of the best students in her upper level science course were born and educated abroad. They will be your child’s competition for the best jobs and leadership positions in American society. Ensure that your children can compete.

When I was a child in a parish school in New York, we were lectured frequently about the value of hard work and diligence, and given plenty of class work and hours of nightly homework, to develop good habits. Our assignments were to be correctly and carefully completed using a required template. Every paper had J.M.J. on the top, a .25 inch margin on the right side, and after third grade had to be completed with a cartridge pen—even arithmetic. Mistakes were crossed out using one horizontal line and if you had more than a certain number on any page, the entire page had to be rewritten. Any variation from the requirements and sister would tear the paper up in front of the class, as a warning to all, and it had to be completely redone. Discipline and classroom order are reasons that Catholic school children in the middle of the 20th century were the best students in the United States, and we homeschoolers cannot afford to forget that.

Although we all take shortcuts with schoolwork, we need to make sure that students are not becoming casual in their work habits, and never excuse them from work simply because it is challenging. For example, I often hear that Junior has trouble diagramming sentences, and “He doesn’t really need to diagram, anyway. He can write just fine.” Diagramming is tough and exacting; that’s the point. Just through the action of applying himself to a difficult task, Junior will gain confidence and build a stronger work ethic. Diagramming sentences improves understanding of grammar, develops critical thinking skills, and teaches order at the same time. Sister would never have allowed a student to whine and be excused from an assignment; don’t you allow it either.

George Santayana famously said, “Those who forget the past are doomed to repeat it.” Catholic schools began to decline when they watered down religious instruction, and allowed less challenging academics to enter their classrooms. Instead of using specifically Catholic textbooks, Catholic schools began using many of the same textbooks as public schools. Parents stopped paying tuition when they saw little difference between the discipline, diligence and order inculcated in parish schools and public institutions. The only hope for a revival of the parochial school system is to return to these core values. Homeschoolers must embrace these values too, if we hope to grow and thrive.