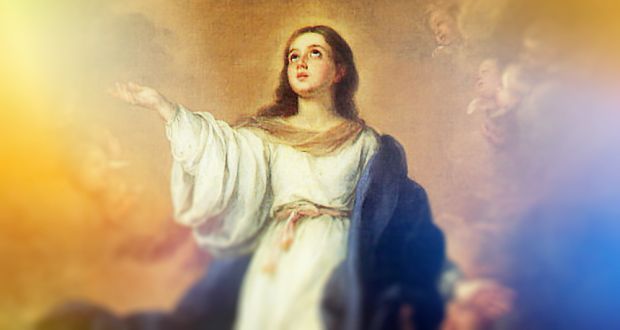 The Bible and the Assumption of the Blessed Virgin Mary

Our Protestant friends in Christ often challenge us to find “proofs” of our doctrines in the Bible. When it comes to the doctrine of the Assumption, almost all of them think or say: “there is nothing whatever in the Bible about that!”

I’d like to examine this question from two perspectives: whether the challenge they make is itself based on a biblical model, and whether we can find anything in Scripture to support our dogmatic belief in Mary’s Bodily Assumption into heaven.

The assumption (no pun intended!) casually made by those who argue in this way is the notion: “all doctrines believed by Christians must be explicitly mentioned in Scripture.” This is a key aspect of the Protestant foundational belief in sola Scriptura (Scripture is the only infallible authority or rule of faith).

But the Bible, in fact, never teaches this idea (nor sola Scriptura itself). Protestants can’t prove it from Scripture. Moreover, there are other doctrines held by Protestants, too, based on no biblical indications at all. One clear example is the canon of Scripture. The Bible never lists its own books. The “Table of Contents” comes entirely from Christian Tradition. Yet Protestants accept it (minus seven books); and this is contrary to sola Scriptura. Despite all this, we are unreasonably asked to prove everything we believe as Catholics, from explicit biblical passages.

Catholics believe that all Catholic and Christian doctrines must be in harmony with Scripture; must not contradict it; also, that some doctrines are able to be supported only indirectly, implicitly, or by deduction from other related Bible passages.

All Catholic doctrines have scriptural support in some sense (this is my main specialty as an apologist). We also believe in Sacred Tradition: itself always in harmony with Scripture. Sometimes (as in the present case), a doctrine is “stronger” in Tradition.

I agree that there is no direct “proof” of Mary’s Assumption in Scripture. But there is strong deductive and analogical evidence. The deductive argument has to do with the “consequences” of Mary’s Immaculate Conception: a doctrine more directly indicated in Scripture (e.g., Lk 1:28). Bodily death and decay are the result of sin and the fall of man (Gen 3:16-19; Ps 16:10). An absence of actual and original sin would allow for instant bodily resurrection. It’s as if Mary goes back to before the fall (for this reason the Church fathers call her the “New Eve”).

Jesus’ Resurrection makes possible universal resurrection (1 Cor 15:13, 16), and redemption of our bodies as well as souls (1 Cor 15:20-23). Mary’s Assumption is the “first fruits,” sign, and type of the general resurrection of all (created) mankind; she exemplifies the age in which death and sin are conquered once and for all (1 Cor 15:26).

The analogical argument is a second line of approach: biblical examples that have strong similarity in important respects to Mary’s Bodily Assumption. Here are five such analogies:

2 Corinthians 12:2-3 I know a man in Christ [i.e., Paul himself] who fourteen years ago was caught up to the third heaven . . . [3] And I know that this man was caught up into Paradise — whether in the body or out of the body I do not know, God knows —

1 Thessalonians 4:16-17 . . . And the dead in Christ will rise first; [17] then we who are alive, who are left, shall be caught up together with them in the clouds to meet the Lord in the air; and so we shall always be with the Lord.

Revelation 11:11-12 But after the three and a half days a breath of life from God entered them, and they stood up on their feet, . . . [12] Then they heard a loud voice from heaven saying to them, “Come up hither!” And in the sight of their foes they went up to heaven in a cloud.

In three of these instances, the person didn’t die (in one the person even came back); in two they died first. The Church hasn’t declared whether Mary died or not. All of these events occur by virtue of the power of God, not the intrinsic ability of the persons.

Jesus ascended by His own power, but the Blessed Virgin Mary was assumed by the power of her Son Jesus’ victory over death. Hers was an ‘immediate resurrection.’ One day all who are saved will be bodily resurrected. Mary was the first after the Resurrection: quite appropriately (and even, I submit, “expected”), since she was Jesus’ own Mother.