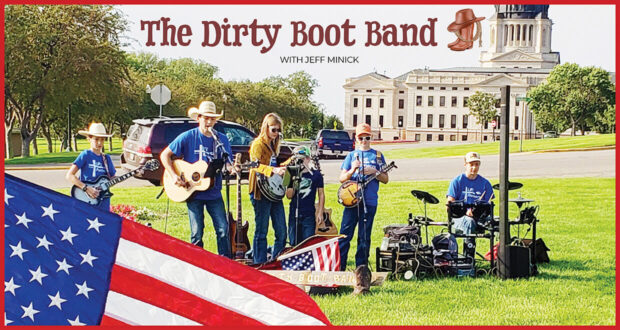 The family that prays together stays together and as these seven cousins witness, sharing interests make those bonds of prayer even stronger.

Now there’s a grand name for a country music band.

That alliteration of boot and band blend together like coffee and cream, and the dirty boot summons up images of hard work on a farm or a Western ranch. Which, in the case of South Dakota’s Nickolas and Weinheimer families, is a description that fits like a glove, or if you prefer, like a good old comfortable dirty boot. 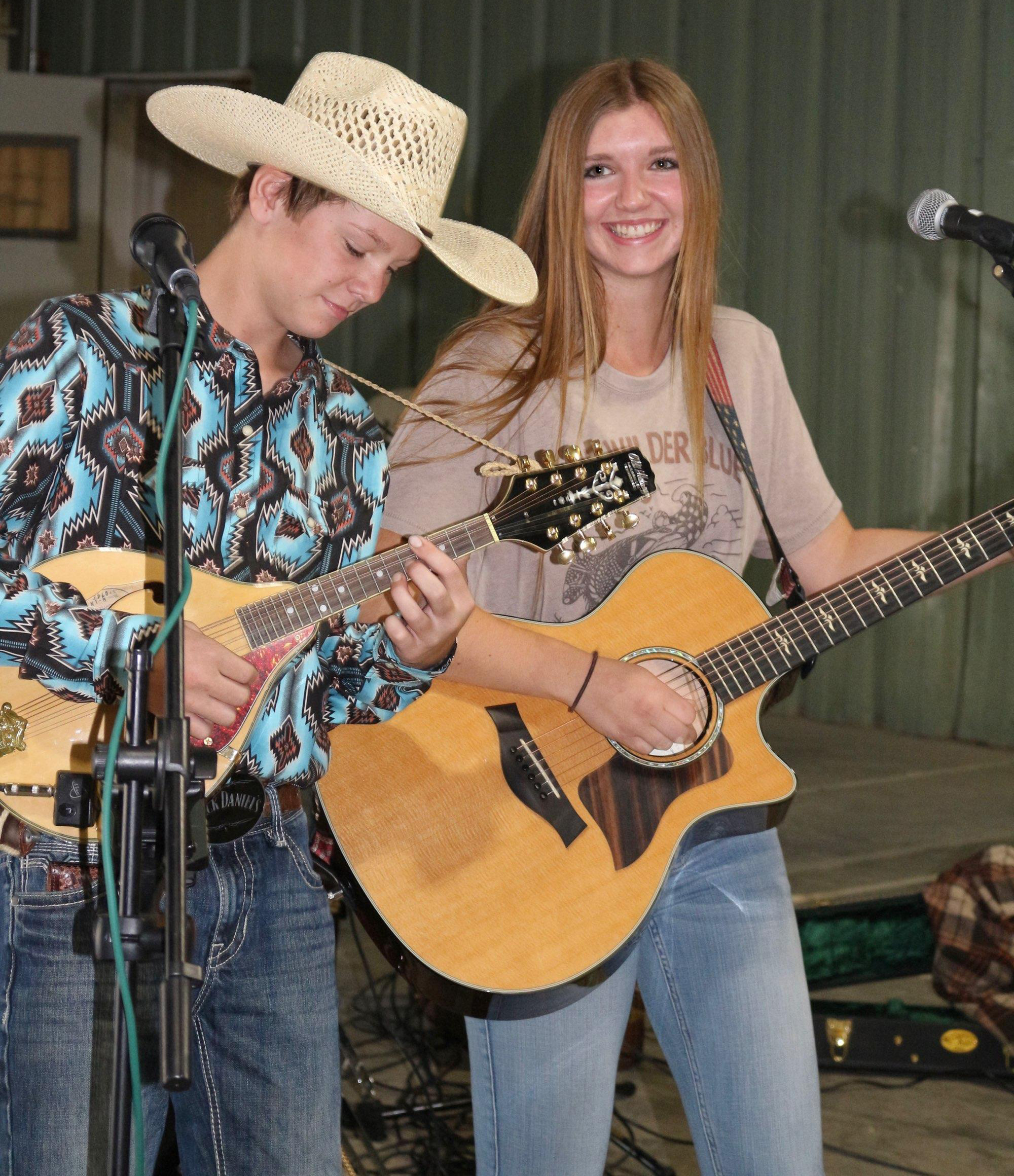 On one side of the Missouri River near Onida, the Weinheimer clan make their home: husband and wife, Alan and Cori, and their children, Jacob, grade 12, Sam, grade 10, and Simon, grade 8.

Their oldest son, Josh, just graduated from law school, and their daughter Grace, having earned her undergraduate degree, is working in agricultural marketing risk management.

Cross the Missouri, and we meet the Nickolas family of Fort Pierre (pronounced “Peer” by the natives), linked to the Weinheimers by the marriage of Aimee to Cori’s brother Cody Nickolas.

More than blood unites these two families. The Weinheimers farm while the Nickolas family focuses more on ranching. 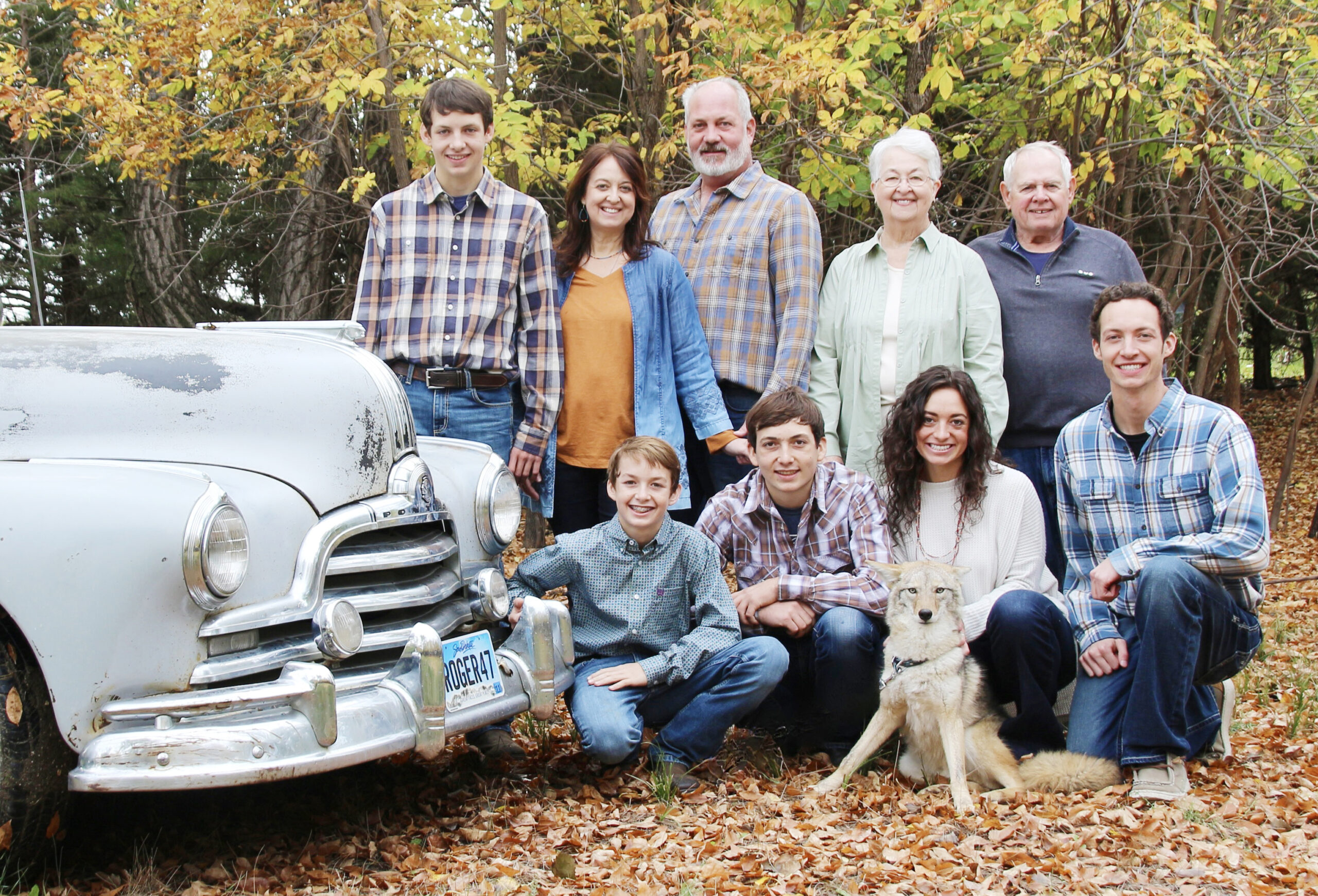 In addition to raising cattle, milk cows, sheep, and chickens, between them, the two families cultivate hay, spring and winter wheat, corn, millet, and sunflowers. Land and farming are a centerpiece of their lives.

Music also acts as a bond. All the seven cousins still living at home play musical instruments, and from these interests and talents, the Dirty Boot Band was born during the winter of 2020.

For the first year, the band mostly played in such venues as nursing homes and senior centers, arranging these gigs themselves, but now, as Jacob Weinheimer says, “After that, people started calling us.”

This past summer, the band often publicly appeared once or twice weekly. Recently, the South Dakota Short Grass Arts Council invited Dirty Boot to their Tales on the River, where the cousins had a chance to tell people about their music and why they chose some of the songs they like to sing.

They’ve also played at a Canaries baseball game in Sioux Falls, SD, and twice at the South Dakota State Fair. 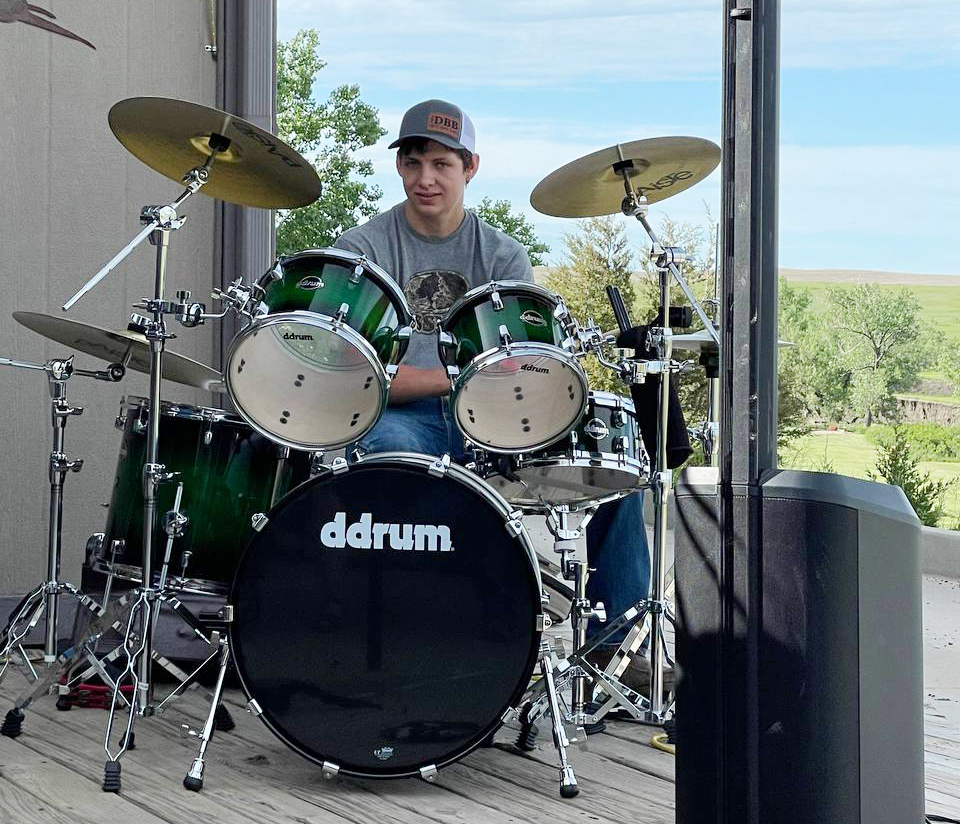 In addition, homeschooling has provided yet another bridge between the families. For the past eight years, all the cousins have been enrolled with Seton Home Study School.

When asked what first attracted them to Seton, Cori Weinheimer says, “It was accredited, plus we knew we wouldn’t miss teaching anything. That was especially important.”

Moreover, learning at home for the cousins has extended beyond the classroom in other ways, allowing them to develop an impressive array of talents other than those learned in their studies.

On the day I spoke with Cori by phone, I also had the good fortune to talk with her son Jacob and Seton senior Sheridan Nickolas.

Though I usually ask the mom to describe a typical school day, Jacob and Sheridan offered their insights. Sheridan told me that the Nickolases’ school routine often depends on the time of year.

“During hunting season,” she said, “we do chores on the farm and school, but we also clean pheasants at the lodge,” a hunting lodge, preserve, and skeet range operated over several generations by her side of the family. 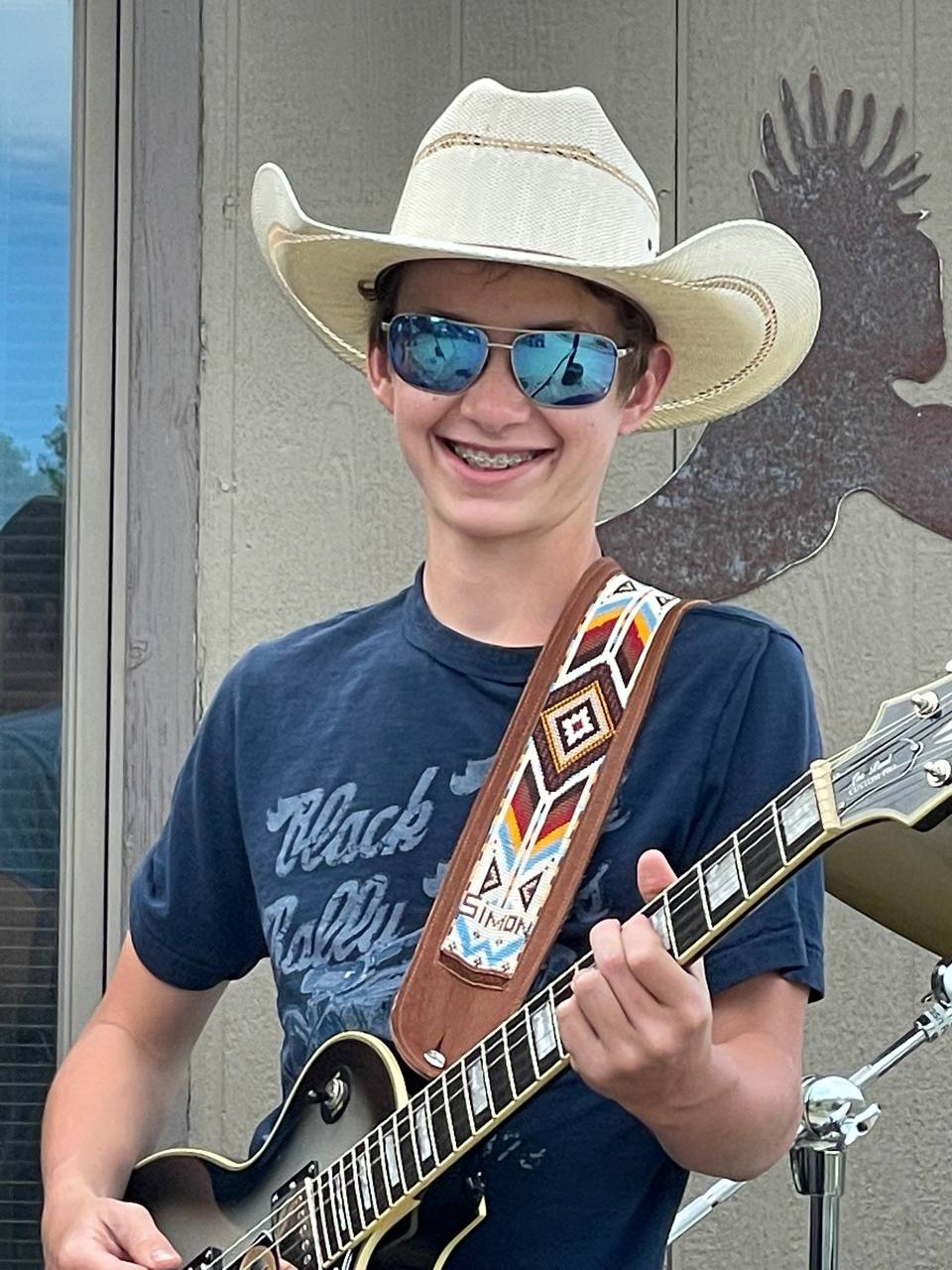 “And in the spring,” Sheridan added, “it’s calving season, so we’re always checking on the cows.” In addition, she and her siblings do the milking and often make cheese and butter.

Jacob tells me, “I try to get done with school around noon so I can help Dad around the farm, planting, spraying, and combining, that sort of thing.”

In addition to all these activities, the cousins have pursued other interests over the years. The Nickolas children, for example, are keen on shooting sports and tournaments, and Sheridan is an outstanding pitcher in fastpitch softball. The girls have a “little baking business” that supplies hunters with homemade cookies and sells handmade jewelry and hats.

When asked what advice she might offer new homeschoolers, Cori pauses a moment, then says, “I think the hardest part at the beginning for us was just getting organized.

That comes with practice. But my advice now to new homeschooling parents would be, ‘Don’t hit the panic button even if you have babies. Just relax and teach your kids.’ I do think we’re better teachers if we’re not so stressed out.”

As to her greatest satisfaction as a homeschool mom, Cori says, “It’s being able to see kids blossom in a way God planned. They know their talents aren’t just based on their abilities but are gifts from God. Just to find our purpose from God is wonderful. It’s satisfying to find that hope in our own family.”

Decades ago, Father Patrick Peyton made famous the saying, “The family that prays together stays together.” As the Weinheimer and Nickolas cousins demonstrate, sharing common interests—education, work, music, love of place, and family—make those bonds of prayer even stronger.