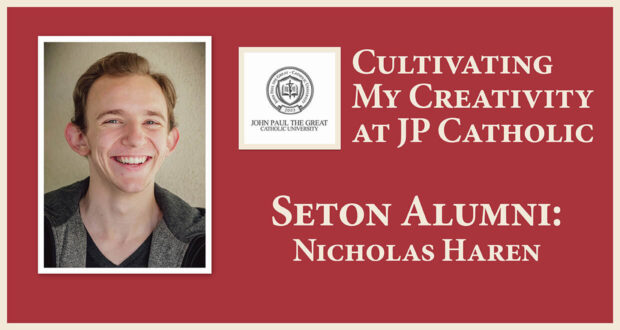 Look behind the scenes to meet a Seton, now a John Paul the Great grad; a dedicated filmmaker ready to enter the competitive field of Acting.

The initial appeal of John Paul the Great Catholic University came from the authentically Catholic community and the industry experience of the professors.

From my professors, I have learned that filmmaking is about capturing the essence of humanity, good and bad, and revealing where grace is present.

As an actor, I have learned the importance of capturing each character’s humanity, whether the noble hero or the ruthless villain. I, the actor, must understand the character’s objective throughout the story, why he has that objective, and why he uses particular means to achieve that objective. 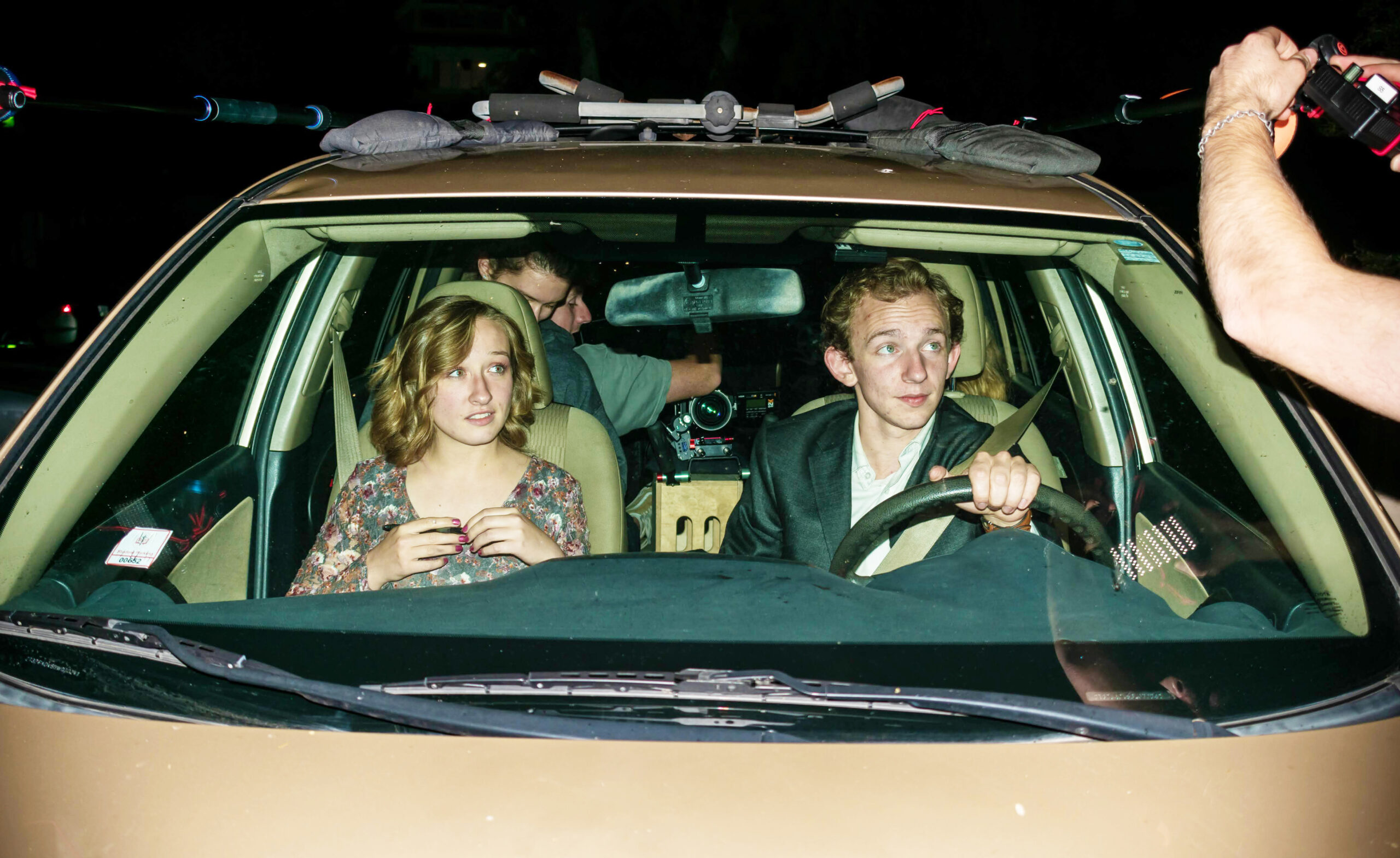 Besides honing my craft through the lessons based on the great acting teachers Stanislavski, Chekov, Meisner, Stella Adler, and more, the industry-experienced professors have been instrumental in preparing me to enter the competitive field of Acting. I have been given an inside look at the business and have a leg up on the competition to book jobs as soon as I graduate.

Beyond being taught in the classroom, I have worked on many film projects that have given me valuable experience on the inner workings of a film set.

At JPCatholic there are an incredible number of dedicated filmmakers with whom I have had the pleasure of working, making films that range from starting an underground fight club in a high school bathroom to being separated from my squad after the battle of Normandy.

I have developed strong, deep-rooted friendships based on a love for creating art that glorifies the grace of God present in human stories.

This kind of community is built on the teaching of our professors, who care to cultivate a culture where “we” is greater than “me.” We supported each other and worked on each other’s projects, even if we weren’t receiving any class credit for our role in the project.

I have confidence that even after graduation, the creatives I have the pleasure of calling my friends will continue to support each other creatively, professionally, and spiritually.

A little about myself; I was born in Portland, Oregon, aspire to be an actor, and graduated from JPCatholic with a bachelor’s in Communications Media, with an emphasis in Acting, in August of 2022.

I developed a love for performing through our local Christian Children’s Community Theater and discovered a passion for the screen. My family often put on plays and filmed small, homemade productions in which I acted as a child. My favorite part of the craft is learning more about myself with every character I play.”

Among my other enjoyments are parkour and freerunning, which I have used in theater productions and film projects, performing flips and short fight sequences. My plans after graduation are to marry fellow JPCatholic student Maria Gajdosik on May 20, 2023, and move to LA to pursue acting and stunt performing.