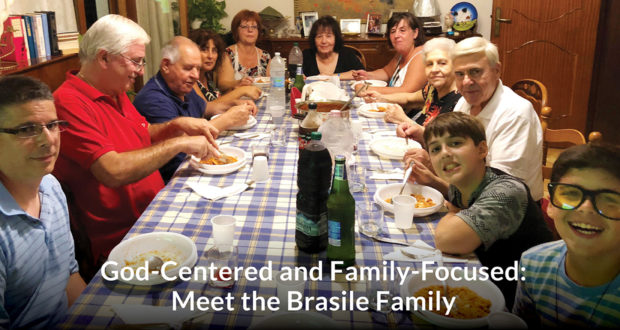 Maria Brasile likes that Seton keeps the focus on our Catholic faith throughout the curriculum which helps keep their school and their days God-centered.

When I phoned Mrs. Maria Brasile to interview her for Seton Magazine, the first thing I asked was how to pronounce her last name. She asked in return, “The Italian way or the American way?”

“Bra-ZEE-Lay,” she answered enthusiastically, laughing, and I knew right away talking with her was going to be fun.

Maria and Carl Brasile have two sons, eleven-year-old Anthony and nine-year-old Giuseppe, and have been enrolled in the Seton Home Study School since Anthony was four. 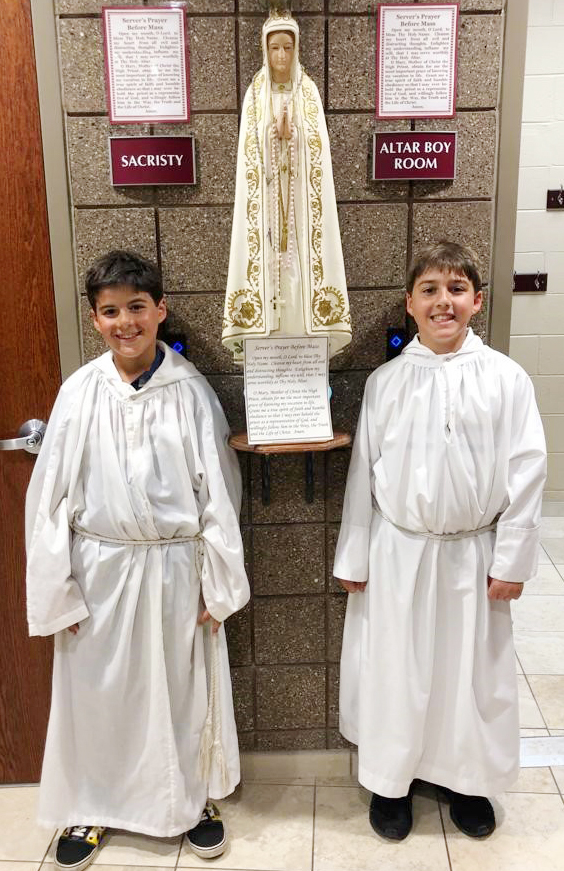 When asked what advice a veteran homeschooling mom might offer to beginners, Maria said, “Make sure your school and your day are God-centered. My kids have the same struggles as other students. Do it because you want to be with your kids.” In regard to the Seton program, in particular, Maria especially likes “the focus on our Catholic faith in every subject throughout the curriculum.”

All in for the Family

Like many others, the Brasile family shapes its school schedule around the activities of the family. Because Carl owns an electrical company and also works in the afternoons and evenings as a production manager at Chrysler, Mom, Dad, and the two boys spend time together in the mornings, usually starting school around 10 a.m. “Instead of doing family dinners,” Maria says, “we do family breakfasts.”

Part of that schooling includes teaching Anthony and Giuseppe Spanish and Italian. Maria has a doctorate in contemporary Spanish literature and a minor in Italian literature speaks French and some Japanese, and once taught at Wayne State University in Detroit. When she became pregnant with Anthony, Maria resigned from her teaching post “so that I could give all my time to him.” 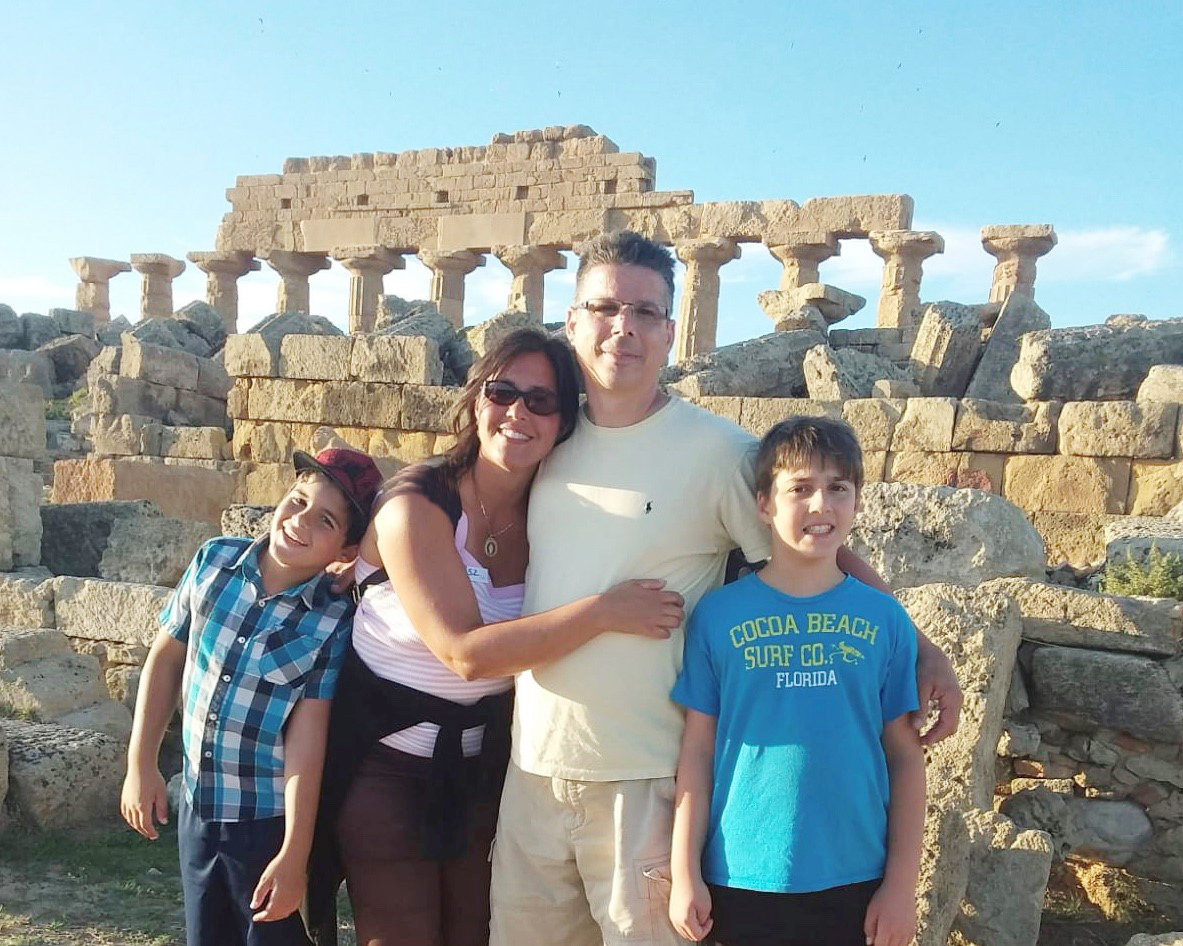 Despite her advanced degrees, Maria tells me she did not always feel fully adequate as a teacher for her sons, especially in the subjects of math and science. Like most of us who homeschool, however, Maria tackled these subjects and found herself learning along with her boys. “By the grace of the Holy Spirit,” she says, “I found a new love for relearning all these subjects I once felt incapable of learning myself.”

Maria tells me her family begins the day with prayer and ends it with an act of contrition. As for the school day itself, she remarks, “We usually cover all subjects every day, but if a science or history chapter is particularly interesting that week, we will finish it and save another subject for the next week.”

For the Brasiles, the freedom offered by homeschooling has allowed them to indulge in their love of travel. Twice the family has flown to Italy, once in 2017 and more recently in 2019. Descended from ethnic Italians living in North Africa, Maria and Carl “have family all throughout Italy, so we not only have the opportunity to see some beautiful places and churches, but we also have the chance to spend time with beautiful people that we love and cherish, and also get to relish our history and our cuisine.”

In an email follow-up to our phone conversation, I asked Maria about some of the religious sites they had visited while in Italy. She wrote in return: “I would have to say that the most notable religious site that the average tourist doesn’t see might be the Vatican gardens, which we were able to tour in 2017. On our most recent trip in September of 2019, we got to see the Holy Stairs, also known as La Scala Santa, which is near St. John Lateran. We also went to St. Mary Major, which houses the manger of Jesus. While we were in Sicily, we saw churches in fortresses in the mountains in Erice that dated back to 600 to 800 A.D.”

In addition to their visits to Italy, the Brasiles leave behind the snow and cold temperatures every February, and head to Florida for a few weeks, taking their schoolbooks with them for a working vacation.

This flexibility in school schedules has also allowed Anthony and Giuseppe the opportunity to follow their passion for mixed martial arts. For two years, they have studied at Master K’s in Shelby Township and have earned their blue belts.

When I asked how her sons became interested in mixed martial arts, Maria laughed and said, “Well, first by watching that movie, The Karate Kid. Then a neighbor put her son into Master K’s, and the boys followed along.”

Like some other homeschooling parents I’ve interviewed, Maria stresses the importance of outside support in her boys’ development. For a time, her father coached the boys in soccer. 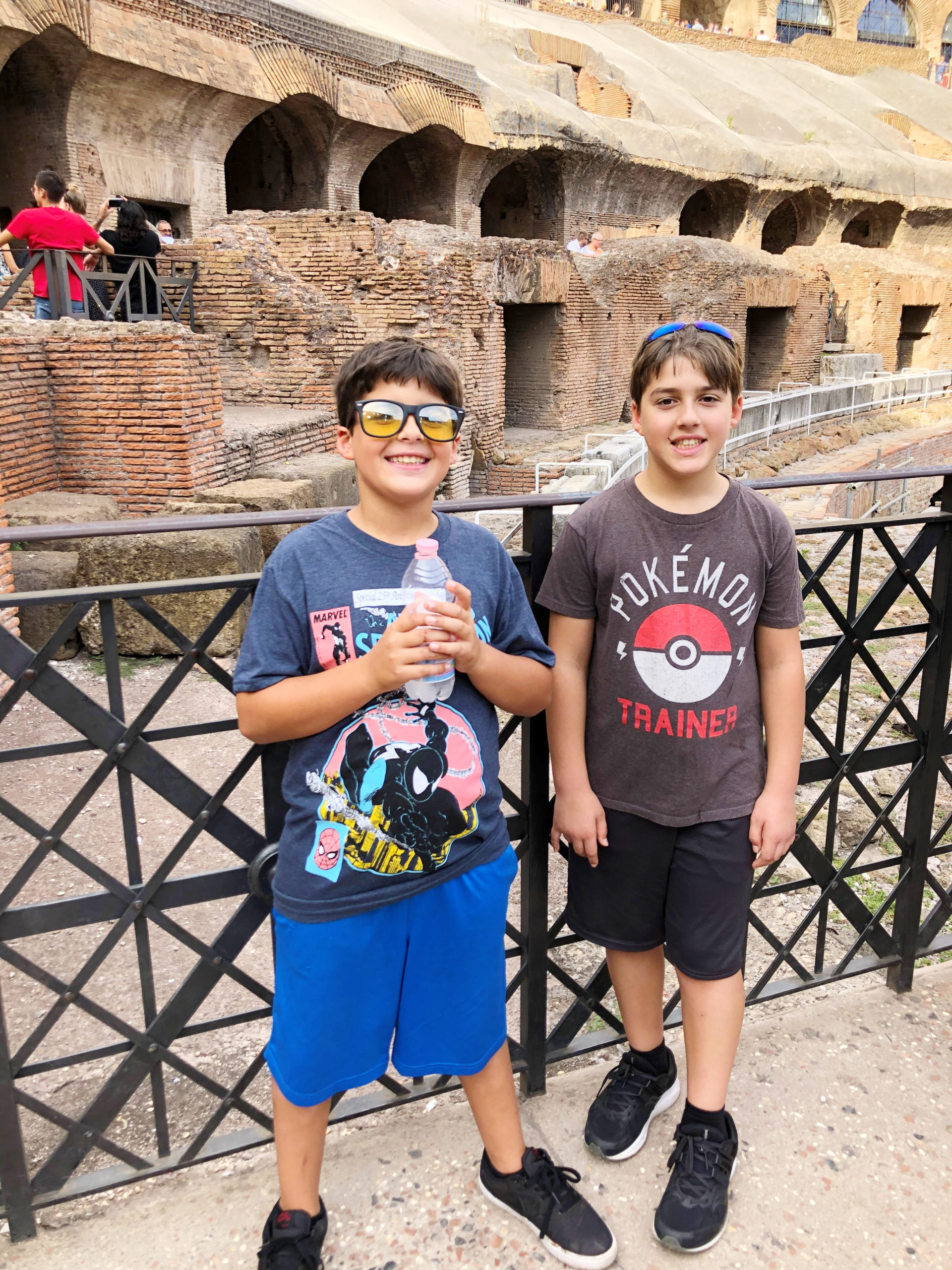 At her parish, SS. Cyril and Methodius Catholic Church in Sterling Heights, a large number of homeschooling families meet socially and operate a co-op of classes for those who wish
to participate.

In an email sent to me before we spoke by phone, Maria offered these thoughts on home education:

“Homeschooling has been nothing but absolutely wonderful for our family. We have support from our friends, family and parish members. Of course, as with anything, there are days we struggle to finish all that I wish to accomplish in a day. This could be either due to an illness, disturbances or even laziness, but then we pick ourselves back up and move forward the next day. Prayer assists us with this motivation.”