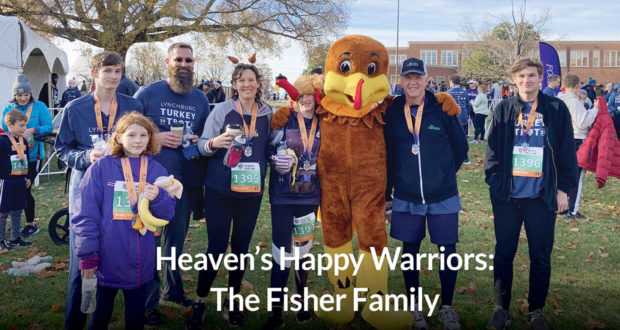 Life and homeschooling comes with challenges, but with faith, coffee, and humor, the Fisher Family are happy warriors in the good fight.

When asked what kept her going throughout her busy day, Theresa Fisher, a Seton homeschooling mother of 12 children, answered, “God, a wonderful husband, and good coffee.” Her reply caused me to burst out laughing, so I’m adding a fourth item to her list, “A sense of humor.”

Along with 11 children and one more on the way, Theresa and her husband Ben care for 26 chickens, four sheep, a couple of ducks, three cats, and a dog. Lots of responsibilities, yet the woman on the phone, whose family has faced some major challenges, sounded merry and bright and wise. Here was another gift for me, an interview with a Seton parent that would provide a candle flame in the sometimes dark world of the present. 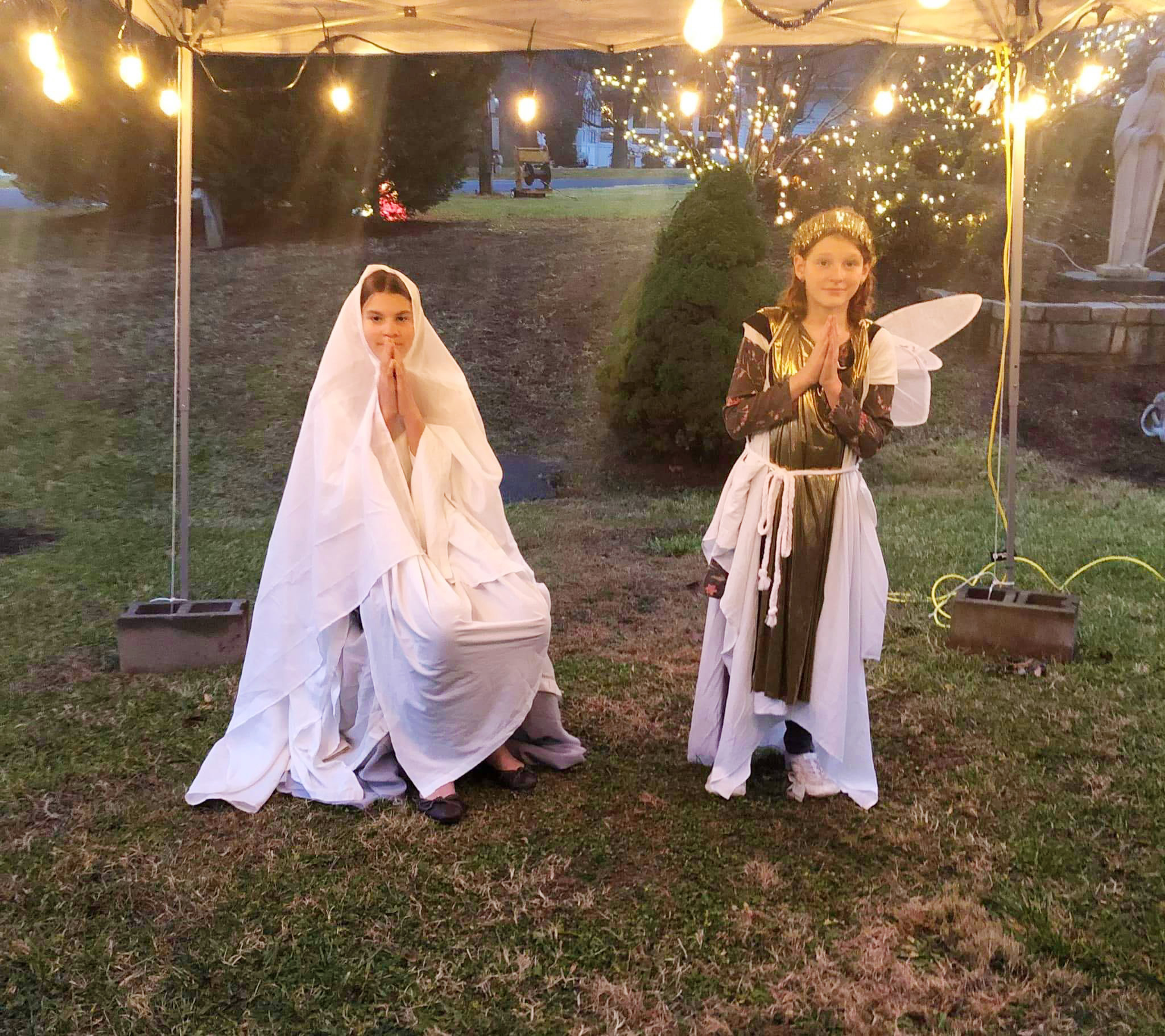 Theresa grew up in the small town of Lebanon in Indiana, while Ben was raised in Tennessee near Knoxville. Interestingly, both are 1999 graduates of Seton Home Study, making their children second-generation Seton students.

They met that same year at Christendom College on the first day of freshman orientation. Even during their courtship, the two decided that once they were married and had children, they would teach them at home.

Theresa graduated in May 2003 with a degree in English language and literature. Ben, who had transferred after two years to the University of Tennessee-Chattanooga, earned his degree in mechanical engineering. They married that same year.

Today Ben works as an engineer—formally known as a Technical Fellow—for BWXT in Lynchburg, Virginia, where, as Theresa proudly says, “he comes up with ideas and inventions.” 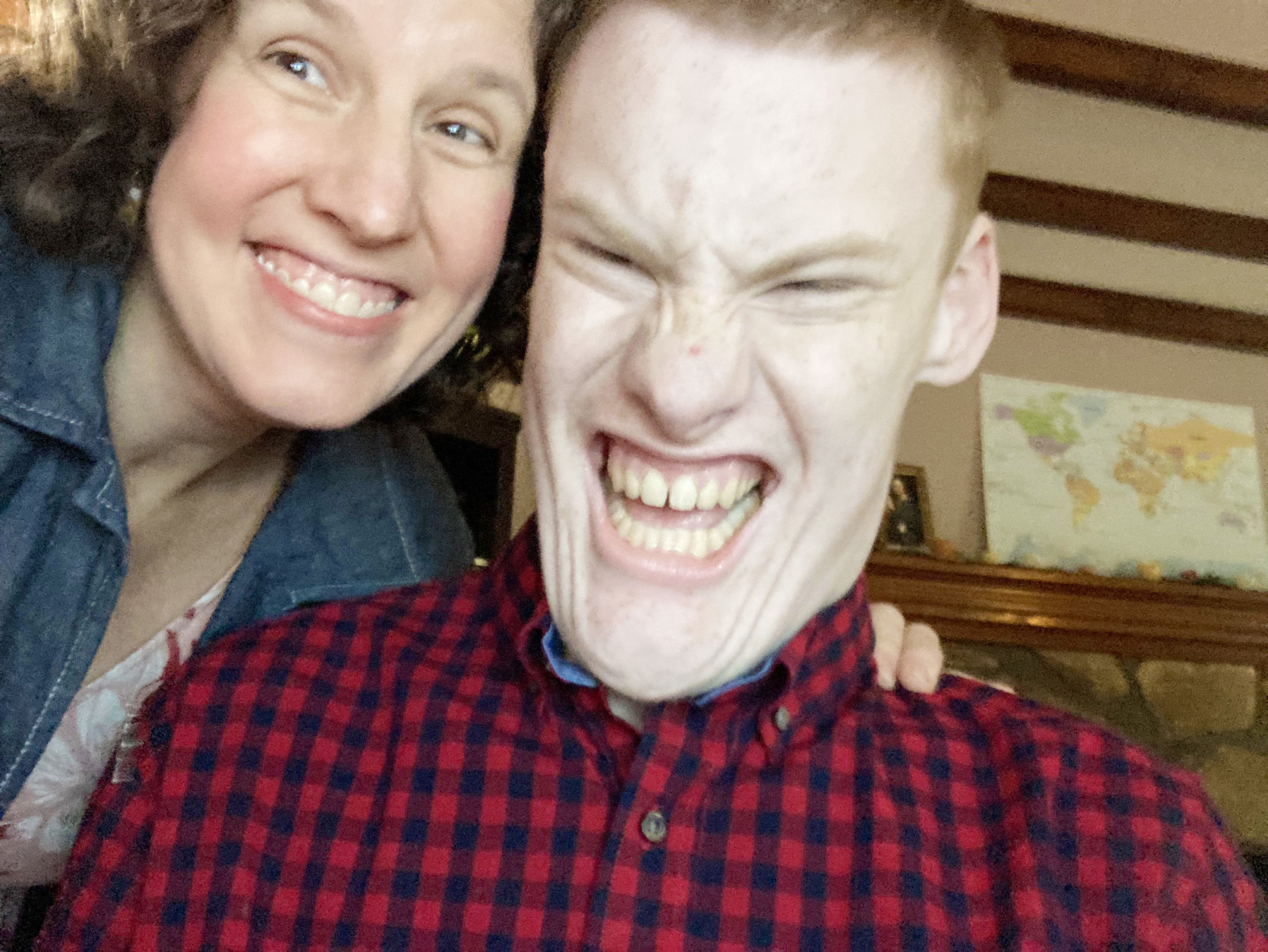 The next four young ones—Margaret and Elinor in 4th grade, 3rd grader Anna, and her sister Mary Elizabeth in Grade 2—will be enrolled full-time with Seton when they enter 6th grade. Evelyn is in kindergarten, and Catherine is a preschooler. Theresa describes little Bridget as “our mascot,” though she may be bumped from that position when Rosalie is born.

A typical day for this tribe of youngsters starts with breakfast followed by devotions. Knowing their assignments, the older children then go to the study areas they have selected and begin their work while Theresa tutors and guides the younger children.

With breaks and lunchtime, school usually runs until mid-afternoon, when Theresa sets aside some time to help the older children with any questions or difficulties they’ve encountered. Around 4 p.m., the children scatter out and do their chores. After supper, there is time set aside for family prayer in the evenings.

Like all homeschool teachers, Theresa faces challenges. “You can’t step in and do everything for them,” she says. “You can’t hover. You’ve got to step back and let them do the work. That’s one reason I do high school the way I do. Also, though I second-guess my choices sometimes, I have to remember to trust that God gave us this mission and He doesn’t make mistakes. Everything will work out.”

Because of their family size, the Fishers participate in activities that include as many kids as possible. They’ve joined a local running league—some of them run in 5Ks—and are avid hikers, with the Appalachian Trail only about 15 minutes from their house.

And about four years ago, they created the ability to entertain themselves at home when they moved from Tennessee to Lynchburg, Virginia. Their newly-acquired house was a “fixer-upper,” but the property included a swimming pool—“The little ones live there during the summer”—and space for the animals they eventually purchased. The kids will soon learn to shear sheep and card wool, and Ben teaches the boys blacksmithing in an outbuilding on the grounds. 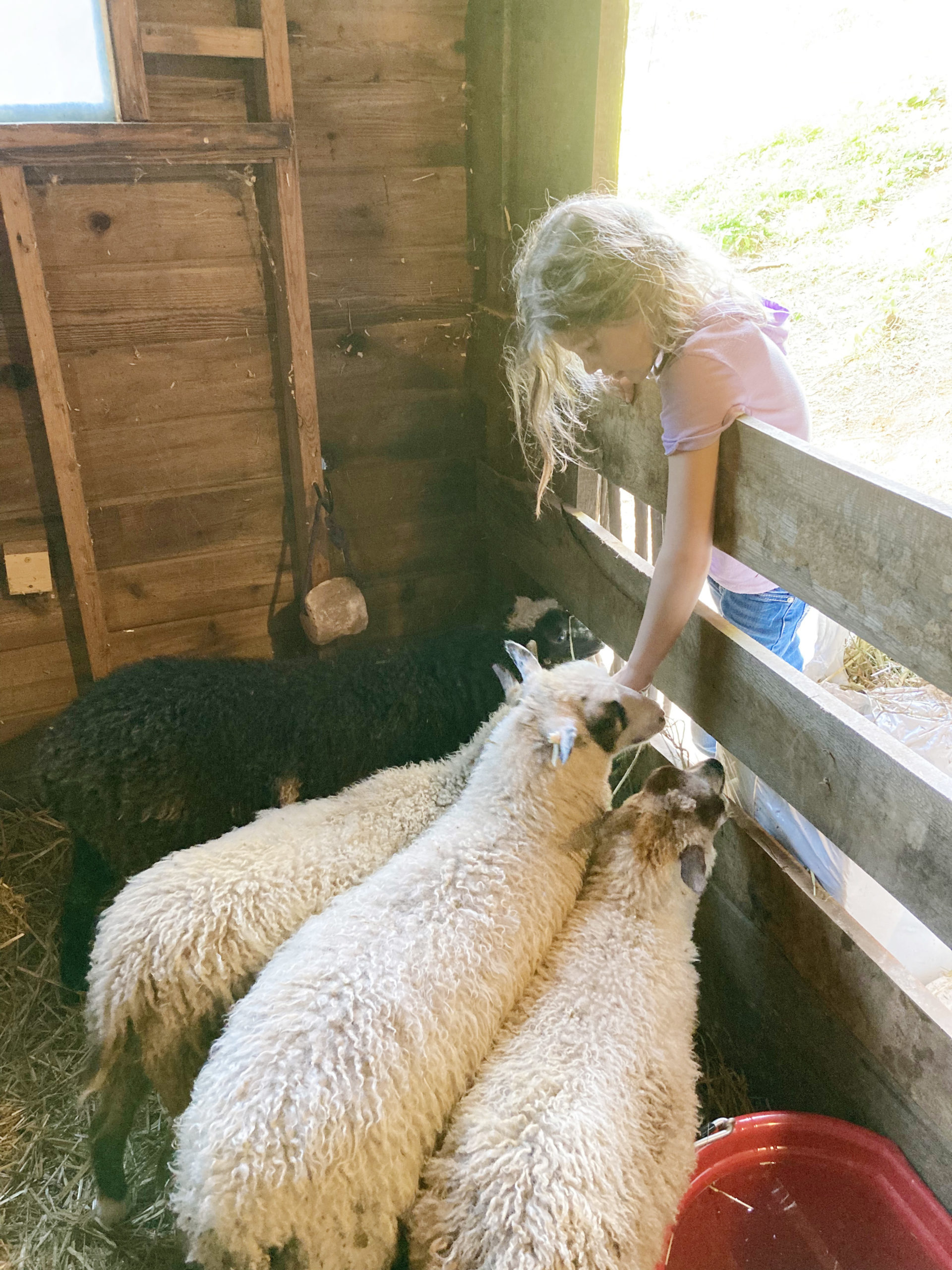 In addition, the family is active in their church, Holy Name of Mary, in Bedford, Virginia. Theresa helps out with First Communion class as a catechist, Zachary and Nathaniel both serve on the altar, and Abigail, who is in the choir, is learning to be a cantor.

First-born Nicholas entered the world at 24 weeks, on the very cusp of viability. He survived but with special needs: cerebral palsy, developmental delays, and an inability to communicate verbally.

In her son’s early years, Theresa tried some different approaches to further his education, but none of them worked. However, one homeschooling mom, Virginia Blatchford, who collaborated on Seton’s Art 1 Book, helped her develop an early elementary school curriculum that brought some positive results.

When Nicholas was in fourth grade, Theresa contacted Stephen Costanzo at Seton’s Special Services Department and has worked with the counselors there ever since. Her confidence that her son could learn, what she calls “her gut instinct,” coupled with the help she has received from Special Services, has made all the difference in the world in her son’s education.
Fourth-grader Meg contends with autism, and Theresa remarks, “I’m glad to know that Seton will be there for her.”

When asked what advice she might give new homeschooling moms, Theresa gave an answer I’ve heard several times: “Take it one day at a time. Things won’t always be perfect. Laundry piles up, dishes pile up.”

But then she laughed and added a detail new to me: “And a plumber pulls a potato out of the toilet with an auger.” One of the children decided to see if a toilet might flush away a spud. The plumber even wrote down what he’d retrieved from the commode on his report.

“Never had that in my experience,” he told Theresa, and I was again reminded of her sense of humor.

Cheaper by the Dozen

And her husband Ben must surely mirror her sense of merriment. With his twelfth child on the way, he took an image for the original cover of Cheaper By the Dozen from the Internet and turned it into a birth announcement. 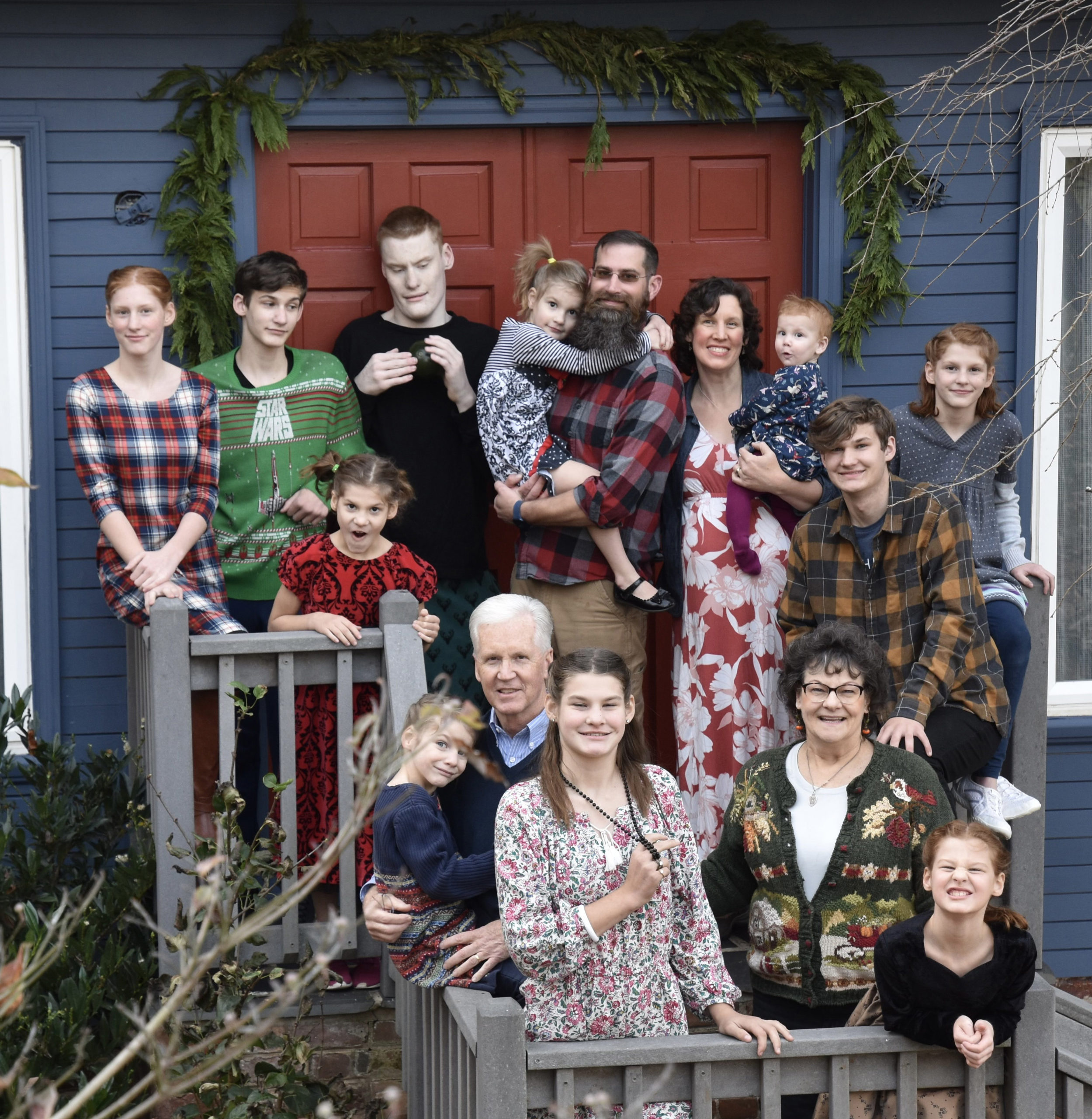 “The Character of the Happy Warrior” is a poem by William Wordsworth. One of my online dictionaries defines a happy warrior as “one who is undaunted by difficulties.” Near the end of the poem, Wordsworth writes that the happy warrior “draws his breath in confidence of Heaven’s applause.”

Down in Lynchburg, Virginia, are some happy warriors. And surely heaven is applauding.