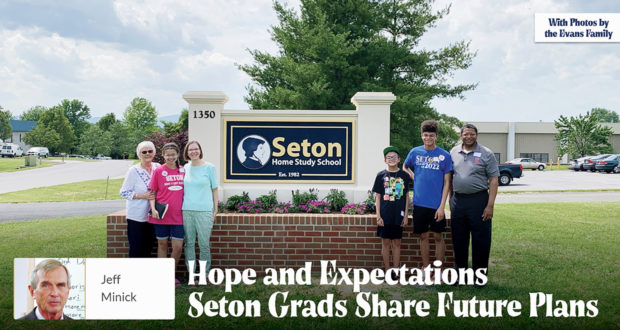 These young men and women, new Seton grads, harbor different dreams, yet one thread binds them together: their love for Christ and their Catholic faith. 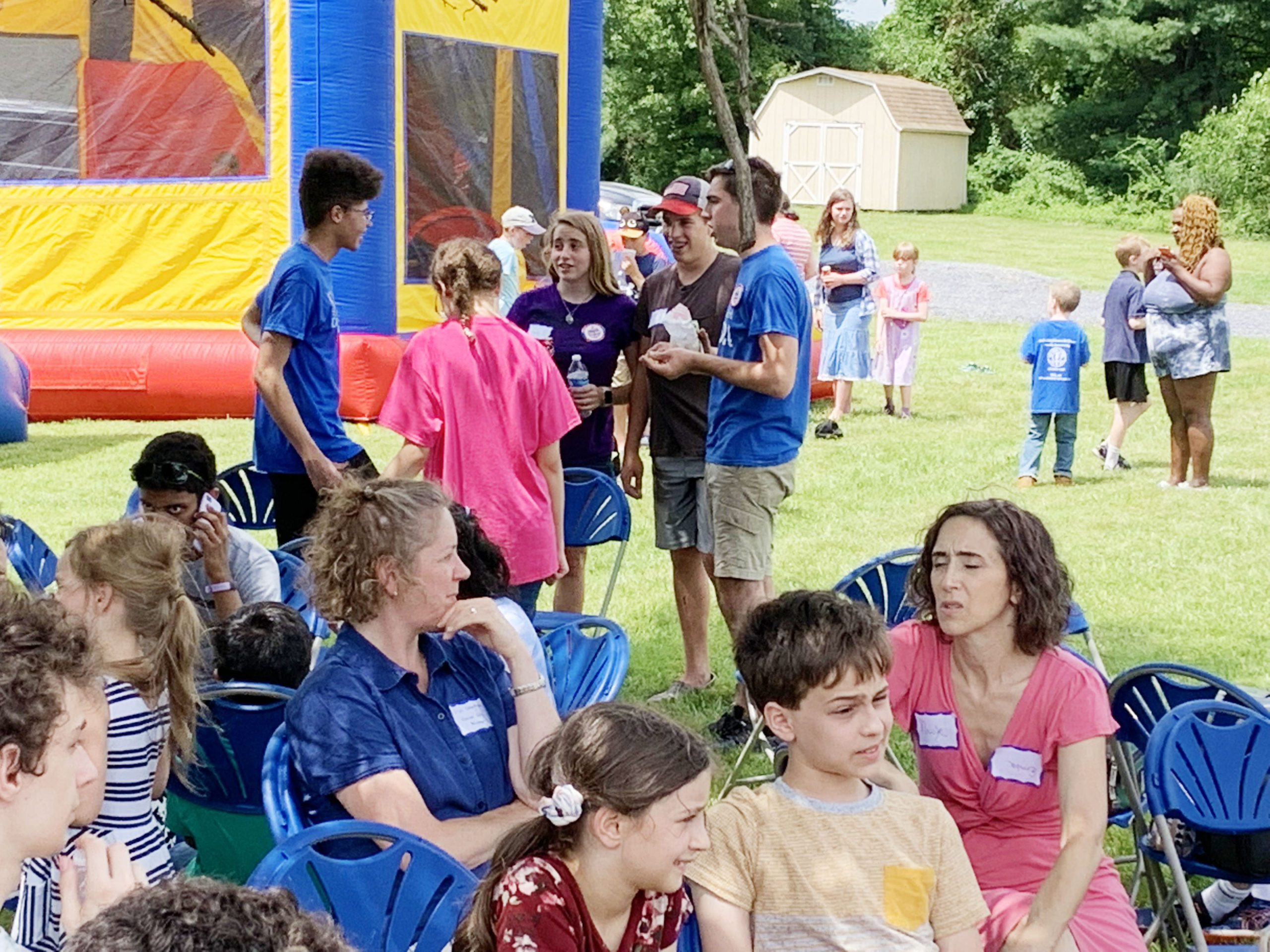 On the day before the 2022 Seton Graduation, families gathered in Front Royal, Virginia for a day of fun, games, and sharing experiences. Here were pony rides for the younger crew, sports equipment for the older students, 170 pizzas, bottled drinks and popcorn, and great weather despite the high temperatures.

Seton staff members conducted tours of the building, taking families from the chapel to the counselors’ cubicles to Dr. Mary Kay Clark’s office. Meanwhile, graduates and their parents mingled on the grounds, introducing themselves and comparing notes about their homeschooling experiences. 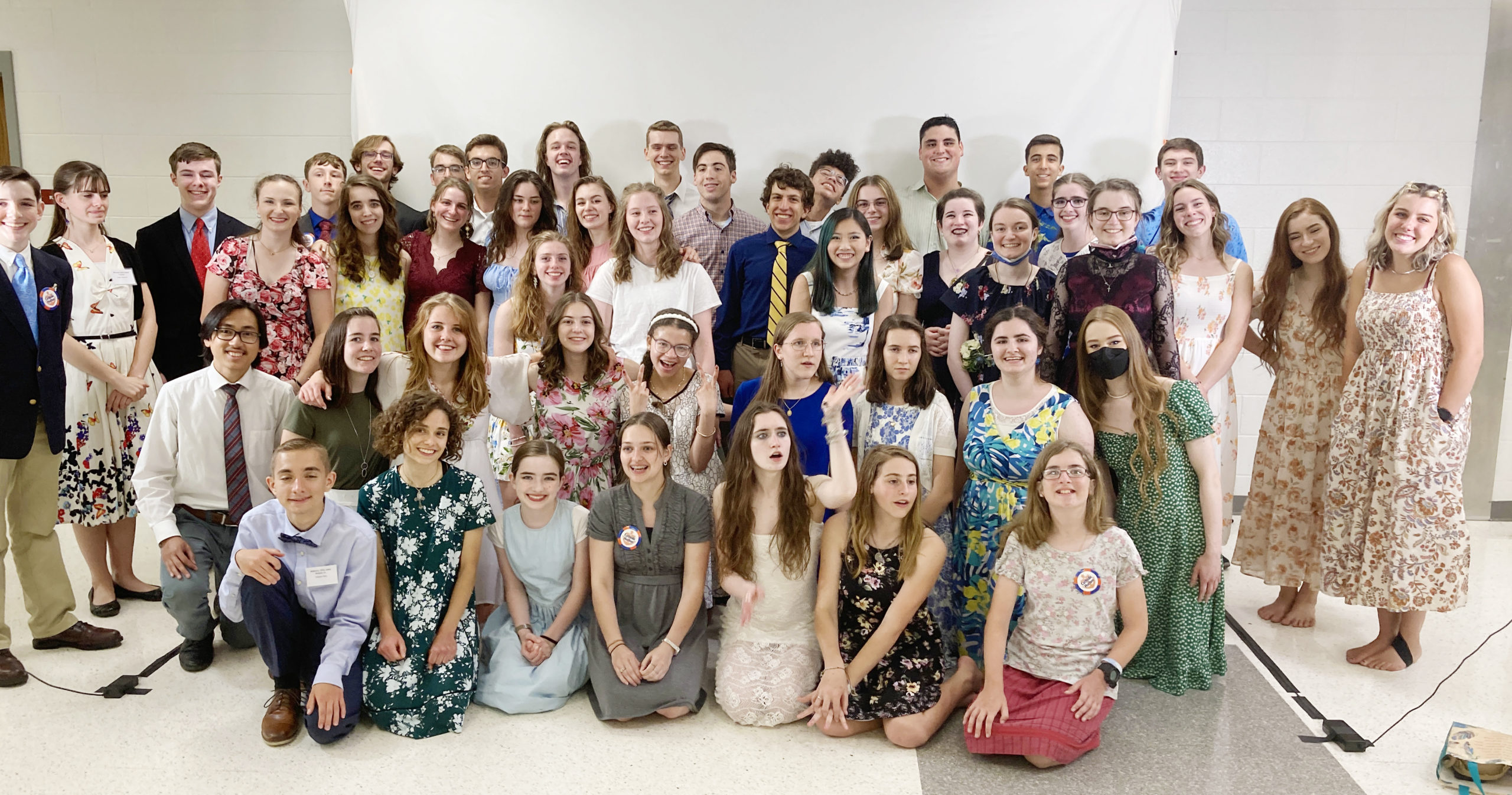 Much in evidence were those students wearing large “Catholic Harbor” buttons on their blouses and shirts along with their name tags. These students had met one another online at that popular Seton site, but only now were many of them greeting their friends in the flesh. The joy and laughter of these encounters shone like the sun on their faces.

Over the past years, I have covered several of these celebrations. As usual, my greatest pleasure came from listening to the dreams and ambitions of some of the graduates. On the day before and then at graduation, they stand poised between their past accomplishments and their aspirations for the future.

Owen Evans, for example, will join the inaugural class at Thales College in Wake Forest, North Carolina, where he will study entrepreneurship. Two of his favorite Seton courses—he’s been enrolled since kindergarten—were economics and personal finance. He hopes to become a developer of video games and movies as well as a part-time youth minister. 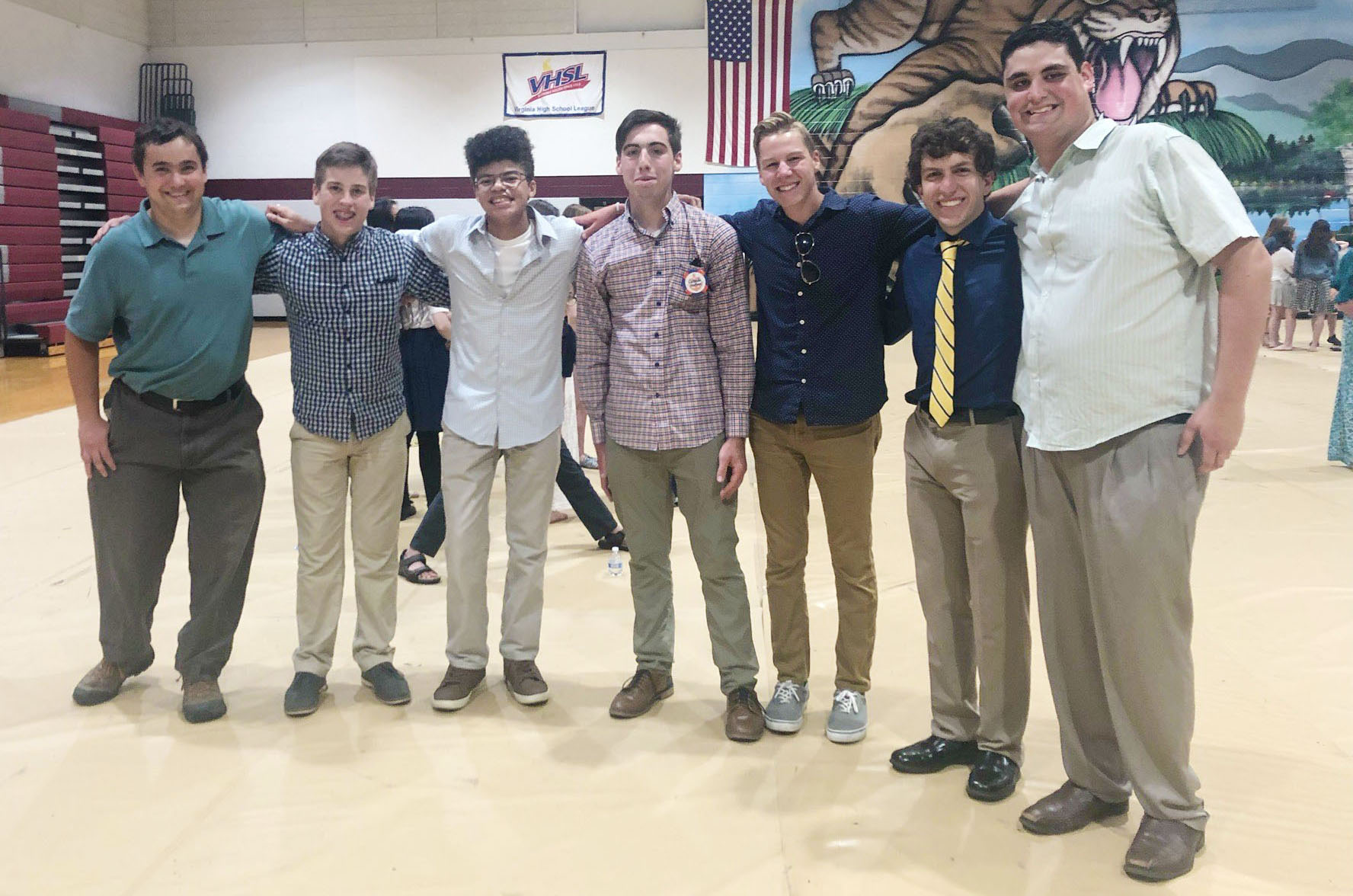 Like Owen and several other students, Catherine Libertella from Rome, New York, enjoyed her 12th-grade personal finance course and her religion courses. A Seton student for 11 years, she wants to study the liberal arts and pursue her love of dance. She especially likes jazz and ballet and hopes someday to become a dance teacher.

Aden Presby is off to study history at New Hampshire’s Magdalen College, where he has received two scholarships. A humorous highlight of his Seton education was rising at 4:45 a.m. many mornings to study physics and calculus with his mom, taking advantage, as he says, of “the quiet time” in his house.

Lucia Pierlot and some family members flew from Bedfordshire, England, to attend her graduation. Following graduation, she plans to stay with a Seton friend in Boston for several weeks. She’s studied with Seton for five years, has danced since she was six, and will soon enter the Trinity Laban Conservatoire of Music and Dance, after which she hopes to become a professional dancer.

Catholic Harbor friends Faith Molino and Felicity Norton praised Seton’s religion courses. Faith, who loves writing, painting, and drawing and who helped direct the student-run Seton Writers’ Club, will major in English and minor in theology at Franciscan University. At the same time, Felicity will enter Ferris State University in Michigan. She has played piano since the third grade and has been a part of the National Federation of Music for the past five years, where she has won three gold cups.

Like Felicity, Thomas Rossi of Annandale, Virginia, a Seton student from grades K-12, enjoys playing the piano along with fencing, ice skating, and other sports. Thomas’s favorite subjects were the math and science courses. He intends to study bioengineering at George Mason University and hopes someday to work as a prosthetics developer.

From Wausau, Wisconsin, Michaela Cochran attended Seton grades K-12. Interestingly, her parents, Angela and Cy, are also Seton graduates. She sings in her choir at St. Mary’s Oratory, enjoys dancing and reading, has traveled throughout the United States, and is currently working at a maple syrup company. In the immediate future, she hopes to give more of her time volunteering for her local pregnancy center. 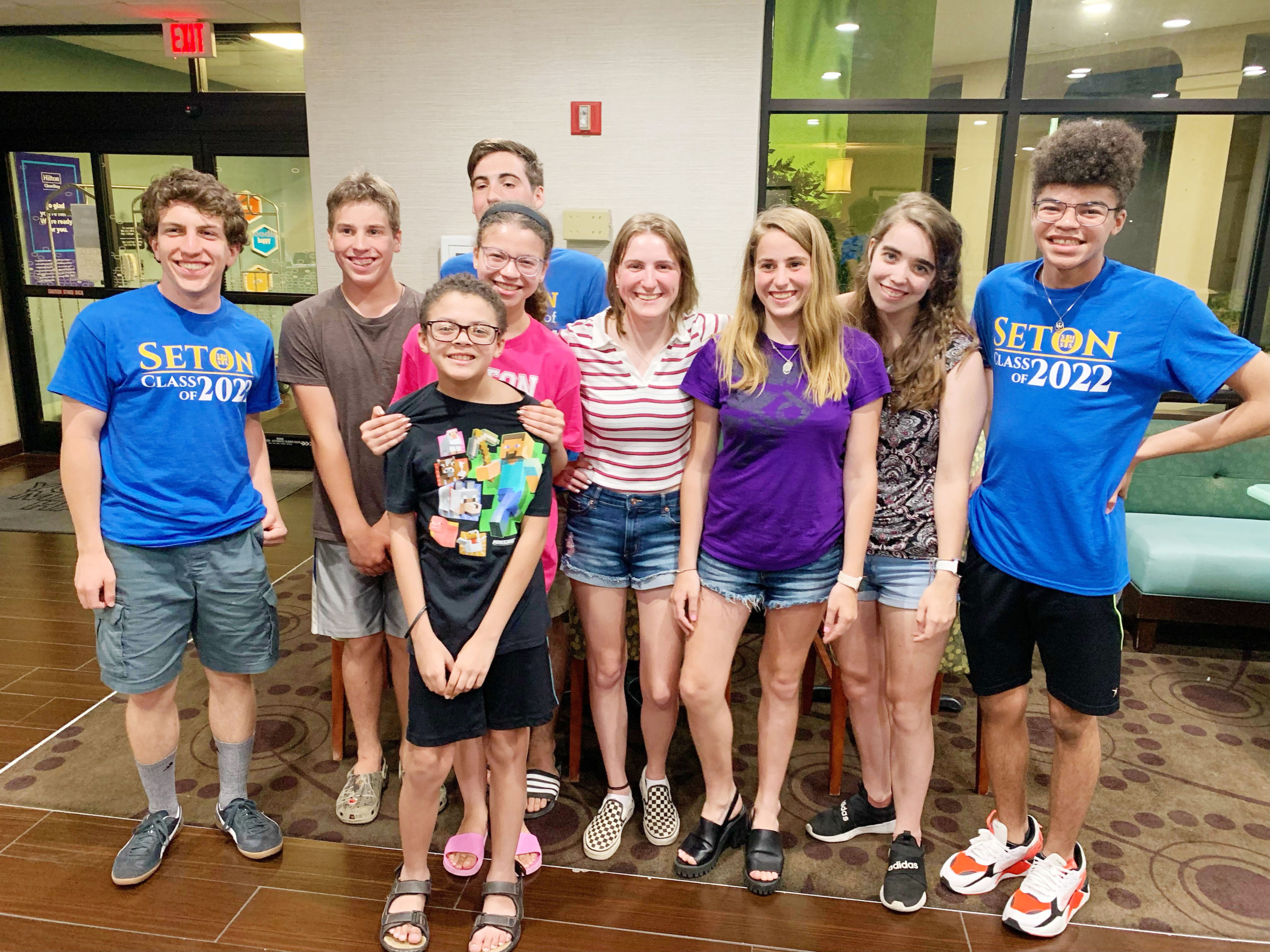 Robert Rowe of Midlothian, Virginia, will enroll at his local community college to study mechanical engineering before seeking a degree from a university. His favorite subject was economics, a course that surprised him because “they managed to put God even into economics.”

A brisk run through the graduation program’s short biographies reveals a glittering array of talents and interests among these young people. Ivan Hicks has worked in the construction industry throughout high school and plans to become a sheriff’s deputy after graduation. Two of the three Caughrons present, Isabella and her cousin Mary Clare, will attend Thomas Aquinas College, East  Coast campus, while Isabella’s sister, Sophia, heads off to Benedictine College. John Paul Nadarajan plans to join the School of Nazareth, while Katherine Kuchta will pursue a nursing degree at the University of North Florida.

These young men and women harbor different dreams, yet one thread binds them together: their love for Christ and their Catholic faith. As in years past, I left this festival of joy buoyed up, a smile on my face and hope for the future in my heart.