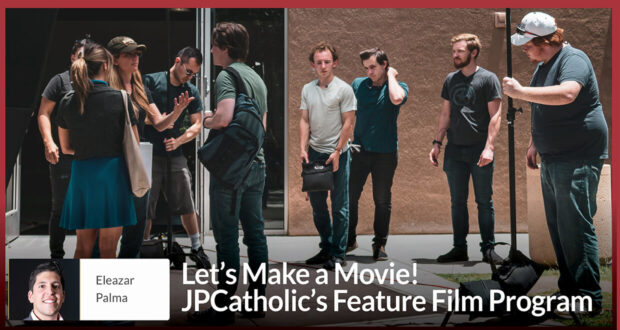 At John Paul the Great Catholic University, students don’t need to wait until graduation to begin impacting the culture for Christ.

There is nothing quite like a film set. The production days can be exhausting, and there are always bound to be (many) things that go wrong, but there is nothing like the reward of seeing your creative work—your team’s collaborative effort—up on the big screen.

There’s a special adrenaline that comes from collaborating with such a large team of creatives to bring an even larger vision to life, each person bringing their unique strengths to contribute to the project’s success.

At John Paul the Great Catholic University, my time as a film 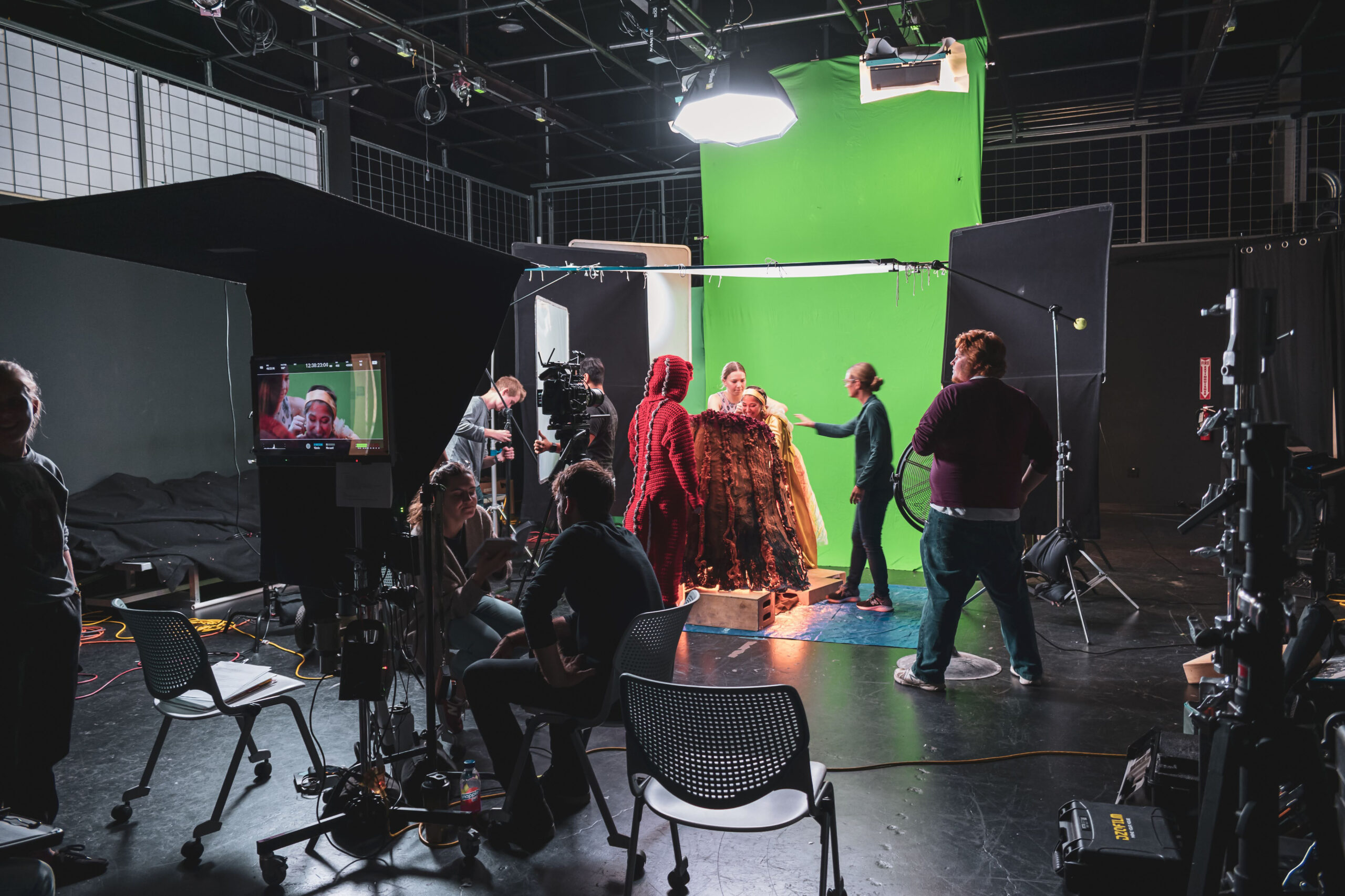 student was filled with many such experiences.

The education here is hands-on from freshman year, and the culture at JPCatholic is filled with devout Catholics who are serious about honing their creative craft. On any given weekend, multiple film shoots are happening for class or passion projects–one of my classmates ended up on over 120 film sets during her three years.

I graduated in 2021, just as the university introduced its Feature Film Program which took the hands-on experience to a new tier. It was a simple but ambitious idea: create a full-length movie as a university community, integrate that into the film curriculum, and do that every single year.

There hasn’t been anything like it. Students would be earning not only class credit but IMDB credit. They would gain hands-on experience on a feature film set and exposure to alumni who are industry professionals. They would be able to produce and distribute content commercially, reaching more audiences with Truth, Beauty, and Goodness through the power of storytelling.

One year later, production on our inaugural film, O, Brawling Love! has wrapped. It’s a Shakespearean rom-com about two rival students starring opposite each other in their high school production of Romeo and Juliet.

How was I involved? After graduation, I was blessed to continue as a part of this community as staff in the film department.

My new role came with the opportunity and responsibility of co-producing the feature with Prof. George Simon. 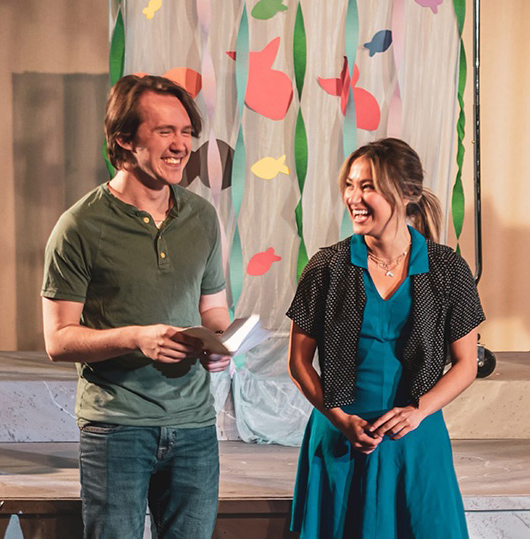 It was a dream come true for me to work on a movie in this capacity, especially one that wove together humor and entertainment with Catholic themes like sacrificial love.

From watching screenwriting senior Bella Lake present her concept at the Pitch Night last fall to the months of pre-production, the intense (and fun) days on set, and now editing the film, I have been incredibly proud of my classmates and fellow alumni on the level of quality and professionalism we achieved.

The production lasted nearly four weeks in June, and we shot the project here in the Escondido area. Over 50 students of various majors and several alumni were involved on and off set, including several acting students with major roles.

Over the Summer Quarter, students in the Post-Production course got to work on editing O, Brawling Love!, and we already have an initial cut. The coming months will involve further musical scoring and post-production by one of our alumni. Finally, we will shop the film to film markets through Prof. Jeff Deverett’s Distribution and Marketing class.

And that’s just year one! We have already received 50 pitches from students and alumni for our 2023 project and look forward to yet another Pitch Night this fall.

I think this Feature Film Program is a reflection of the drive and talent that exist within our student body. Whether acting, illustration, creative writing, animation, business, or theology, JPCatholic students are dedicated to cultivating their God-given gifts to prepare for a career that glorifies Christ. 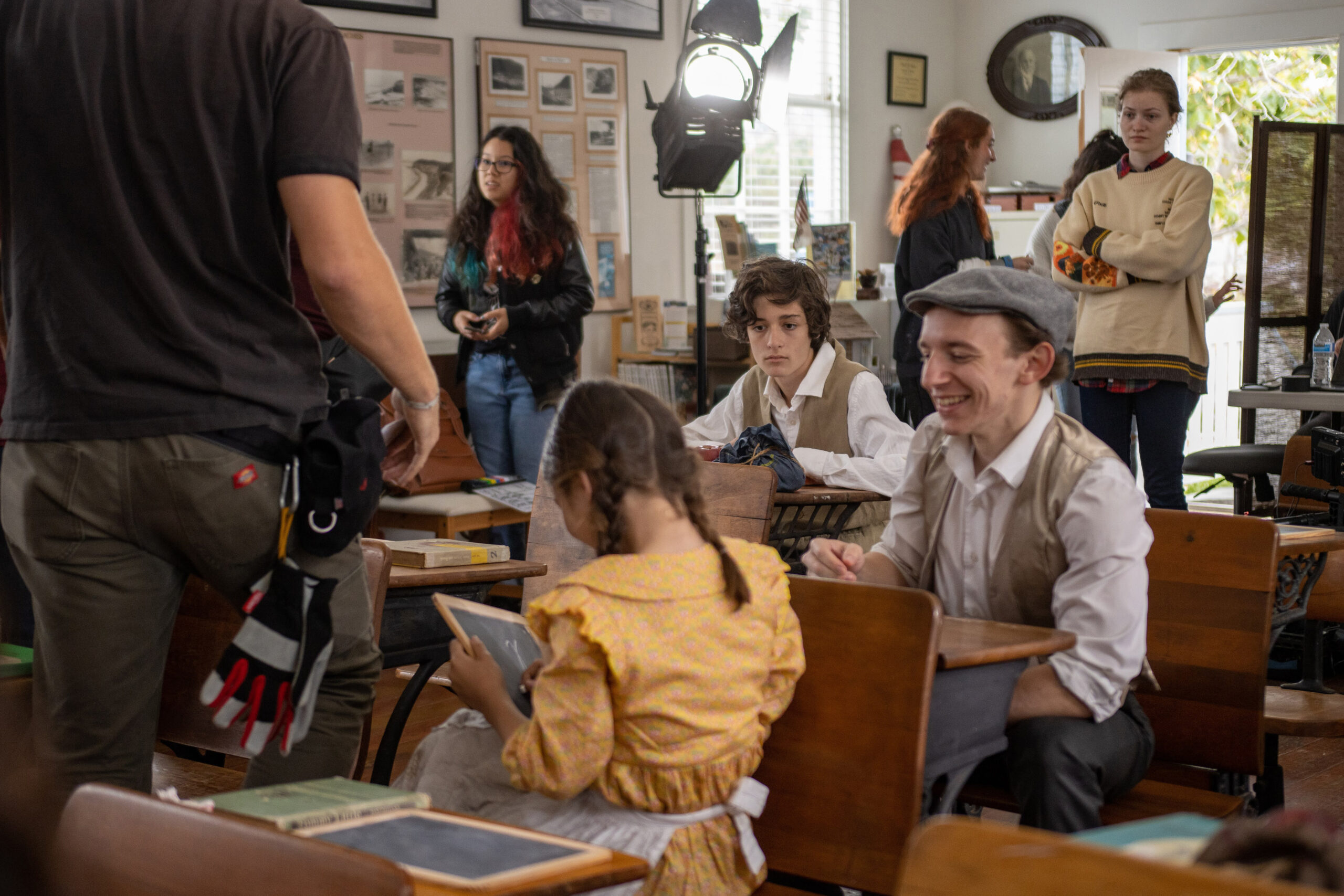 Before even graduating, they create and publish video games on Steam. They work on real client projects for their graphic design classes. They start their own companies in our LaunchPad. We don’t need to wait until graduation to begin the work of impacting culture for Christ.

As our patron, Pope Saint John Paul II, said, “Humanity in every age, and even today, looks to works of art to shed light upon its path and its destiny.”

If you find that spark of creativity and innovation within you, I encourage you to explore and cultivate that spark. Our society needs faith-filled, talented Catholics contributing to the cultural conversation, unafraid to stand for truth and beauty in the marketplace of ideas and entertainment.

And who knows–maybe you’ll even find yourself at a small Catholic university in Southern California, surrounded by a vibrant community of Catholics who share that spark.