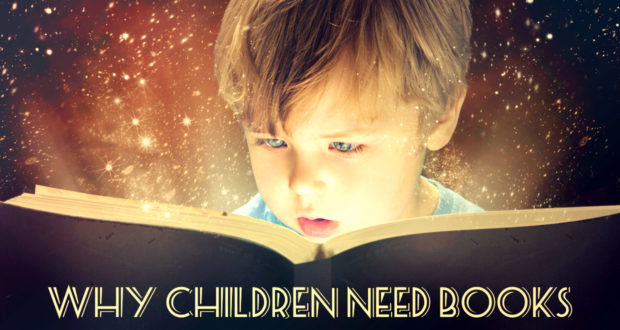 I love children’s literature. I really do. Anytime I walk into a bookstore, I find myself gravitating towards the children’s section just to open up the picture books and take in the scenes.

On our bookshelves at home, we have a book entitled The Friday Nights of Nana by Amy Hest. I love the words, and I love the pictures contained within the well-worn covers of this cherished ripped-here-and-there, dog-eared, and candy-stained book. I love the picture of Nana and her granddaughter Jennie sitting at the kitchen table, eating bread with sweet peach jam and drinking tea from old blue and white china cups. There’s another scene where Nana and Jennie are eating sandwiches in the park near a river. It’s cold, gray, and windy, but Nana and Jennie keep themselves warm by drinking hot cocoa from a thermos (which they pour in teacups, of course) and dancing in the park.

But my absolute favorite scene in this book can be found at the end of the story, where the entire family is seated around the long dining room table, munching challah and enjoying the Friday night Shabbat dinner while snowflakes can be seen falling outside the two large windows. This one picture alone is chicken soup for my soul.

The Secret to ‘Grown-Up Reading’

Although illustrated children’s books are glorious, wonderful, and time-transporting, at some point, our children have to move on to “chapter books,” many of which do not contain illustrations. This transition, while easy for some, can be frustrating for others, not because the words in the chapter books are too hard, but because the children simply miss seeing pictures splashed all throughout the story. I know, for I have a child like this!

Sometime ago, I said to one of my daughters, “Sit down next to me on the couch. I’m going to read Mary Poppins to you.” “Does the book have pictures in it?” my daughter asked. “Absolutely!” I said. “Each page has at least five to ten pictures in it, and the book itself is 166 pages long!” Her eyes widened at this glorious revelation. A 166-page children’s book, with at least five to ten pictures on each and every single page! Why hadn’t she seen it on our bookshelves before?

We sat down on the couch, but to her great disappointment, I reached for a book that had “nothing but black words on white pages.” “There are no pictures in this book!” she lamented. “Oh, but there are,” I said. “Just you wait and see.”

As I started to read to her, I told her to imagine the scenes in her head while I read them to her, which she proceeded to do. “Mr. Banks went off with his black bag, and Mrs. Banks went into the drawing-room and sat there all day long writing letters to the papers and begging them to send some Nannies to her at once, as she was waiting.” Whenever I would read a scene to my daughter, I would say to her, “Can you picture that scene in your mind?” When she nodded “Yes,” I moved on. We kept doing this until I finished the first chapter.

After I read the first chapter to my daughter, I said to her, “Do you see? A book doesn’t have to have pictures in it to be good. Grown-ups read lots of books without pictures because we have learned how to paint the pictures in our minds while we read. If there are many different scenes on a single page, we are able to paint many different pictures!” Once I taught her this secret to “grown up reading,” she understood and began to enjoy books for older children much more.

After we finished reading the book (which took about two weeks), we had a family movie night and watched the Mary Poppins movie at home. At the end of the movie, I asked her. “Well, which did you enjoy better—the movie or the book?”

“The book,” she said, her cheeks bulging with popcorn.

Many years ago, I read a book entitled The Plug in Drug by Marie Winn. Although I no longer have the book in my possession, it was really quite fascinating, and I highly recommend it. In this book, the author wrote that when it came to “the dangers of television,” people were focusing on the wrong things. She wrote that people were spending so much time focusing on what types of programs were proper or improper for children, that they were failing to focus on the more dangerous problem: what the experience of television was actually doing to children’s minds, especially those in their formative years. (This is not an article about “the dangers of television,” dear reader. You see that I have a television in my own home, so don’t worry, I’m not stumping in cyberspace against TV).

But something this woman wrote stuck with me all of these years, and I never, ever forgot it. I think that the incident with my daughter and the reading of “big girl” books jogged my memory in this regard.

According to the author of The Plug in Drug, it is now being proven over and over again that when children watch a lot of television, this harms their ability to be able to process information so that they can comprehend what they read. When a child sits on a couch all day long passively watching images flash across a screen, his brain doesn’t have to work hard by “painting pictures in his mind,” because the picture is already being painted for him. But when he reads a book, and there is no picture before him, this forces his brain to have to paint a picture in his mind so that he can not only visualize, but comprehend, what he is reading.

It is believed that too much television watching causes the brain to become so lazy that, when the child finally does get around to picking up a book to read, he struggles with comprehension, because his mind has been trained to receive an instant image instead of having to work by “painting” one itself.

Children who never read books miss out on this sharpening of their mind – this building up of their brain’s muscle. Illustrated children’s books are essential in a child’s younger years in order to maintain the child’s interest in the story until he or she learns the discipline of using the mind to paint its own pictures while reading.

But once the children move on to “big boy or big girl” books, the illustrations are few and far between. Eventually, the books won’t have these illustrations at all. Does this mean the end of “illustrated” reading? Not at all, as my daughter learned when I read Mary Poppins to her – a book which provided no pictures, yet produced a thousand stunning illustrations nevertheless.

So, there you have it, dear reader, the secret to all grown-up reading. Now that I’ve shared this delicious little secret with you, let’s open up a book, break out our paintbrushes, and paint away…

…spit-spot, as Mary Poppins would say.