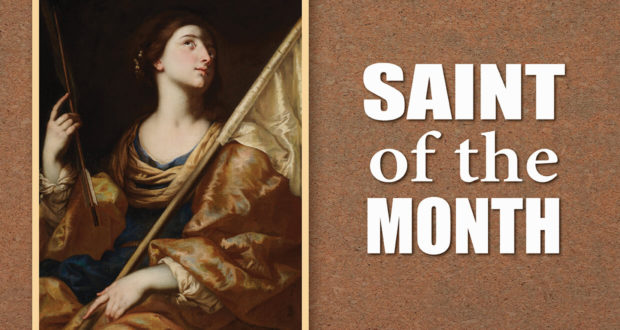 Little is known about St. Ursula’s maidens, but a Basilica on the site of her martyrdom and female bones below give credence to the legends.

We believe Saint Ursula was martyred on October 21st in 383 A.D. However, we know very little about her nor the eleven thousand maidens with whom she is supposed to have perished. Many myths and legends are associated with Saint Ursula, but the most accepted story of her martyrdom is that she was born to a King in southwest Britain who wished her to marry a pagan. Ursula, a devout Christian, begged her father for a delay in the marriage, and her father gave her a three-year stay.

Ursula then took ten maiden companions, each of whom took ten thousand maidens with them, on pilgrimage to Rome. During the voyage, violent storms blew their ships off course, and they landed at Cologne, where the Huns massacred them for refusing to marry pagans.

There is very little proof of this or other stories regarding Saint Ursula, but a Basilica was built on the site of the martyrdom. Below it are thousands of female bones, giving credence to the story of many women killed at that location. These women are remembered in the Roman martyrology this way, “At Cologne in Germany, commemoration of virgin saints who ended their life in martyrdom for Christ in the place where afterwards the city’s basilica was built, dedicated in honour of the innocent young girl Ursula who is looked on as their leader.”

Devotion to Ursula grew during medieval times and through the Renaissance. Saint Hildegard of Bingen composed many chants to honor Saint Ursula. Christopher Columbus named the Virgin Islands after the ladies martyred with Saint Ursula when he passed the islands in 1483. Saint Angela Merici founded the Order of Saint Ursula (known as the Ursulines) in 1535. The nuns were cloistered and took solemn vows. They were dedicated to the education of young girls within their monasteries. The Ursuline sisters eventually opened schools all over the world.

Ursula is the patron saint of schoolgirls and Cologne, Germany.

Saint Ursula, pray for us!

Download the free saint of the month poster designed by Emily Prause using the button below. You can pin it to your classroom wall or place it on your refrigerator to help your children learn more about Saint Ursula.