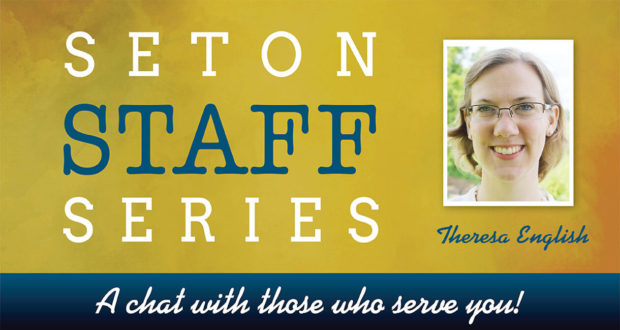 Theresa was prepared to teach English as a Second Language. Instead, providentially, she landed in Front Royal, ultimately to be a guiding light at Seton.

Theresa English hails from Lancaster, Pennsylvania, and is the oldest of nine children. She attended parochial school, homeschool, and boarding school, graduating from Mount de Sales Academy in Baltimore, MD. She earned a BA in political philosophy from Thomas, traveling, gardening, and making greeting cards. More College, New Hampshire. She returns to New England every year, preferably in the fall. 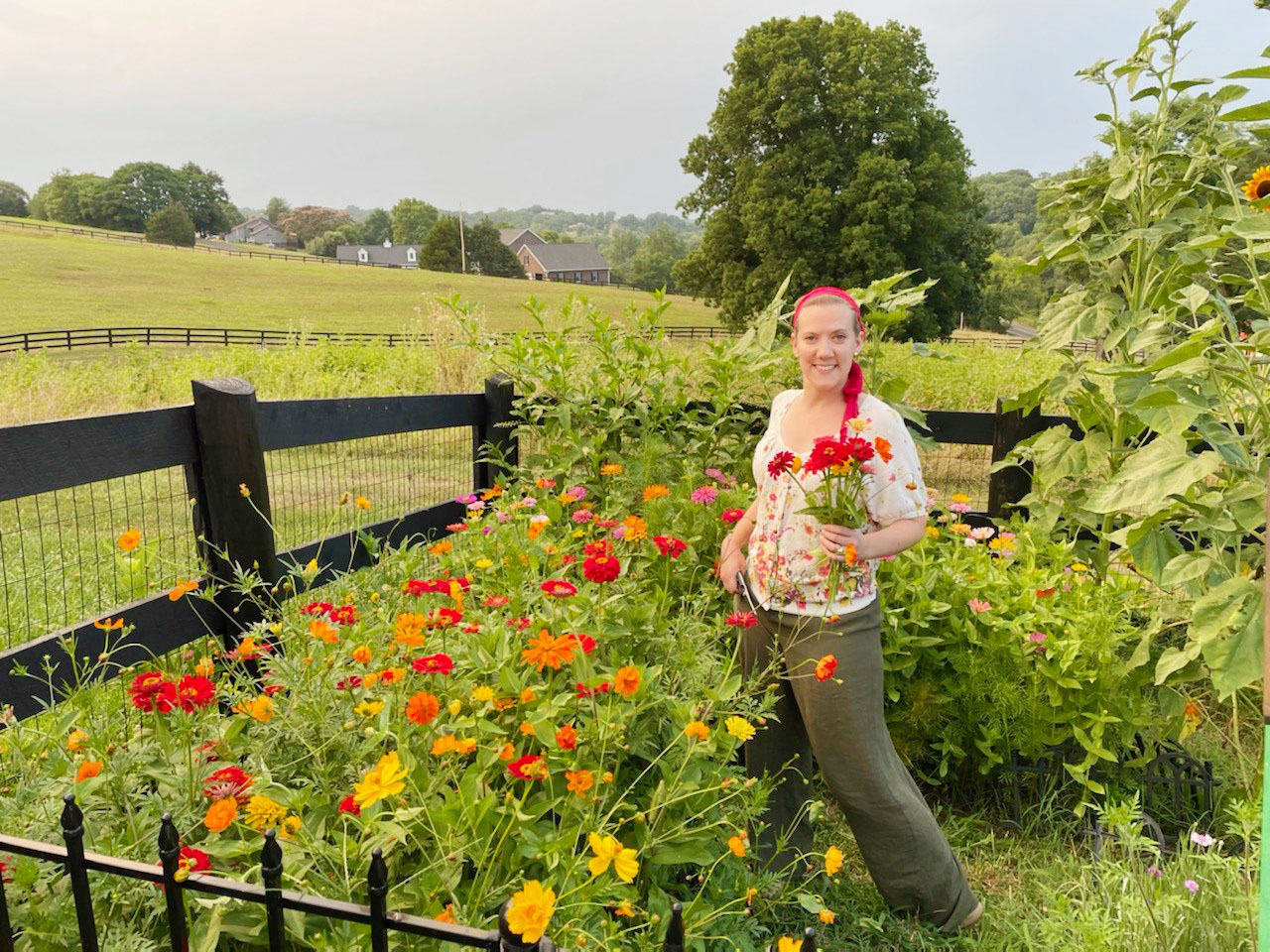 After working a series of jobs and volunteering with refugees for a few years, she earned her Master’s degree in applied linguistics and a TESOL certificate from the University of Pittsburgh, preparing to teach English as a Second Language to adults. Instead, providentially, she landed in Front Royal, teaching middle schoolers at Virginia International Academy.

Theresa pointed out the importance of Seton students sending in their assignments as quickly as possible for grading and feedback. When asked what she most enjoys about her work at Seton, Theresa mentioned the variety of assignments and her wonderful co-workers. In her free time, she enjoys spending time with people, traveling, gardening, and making greeting cards.