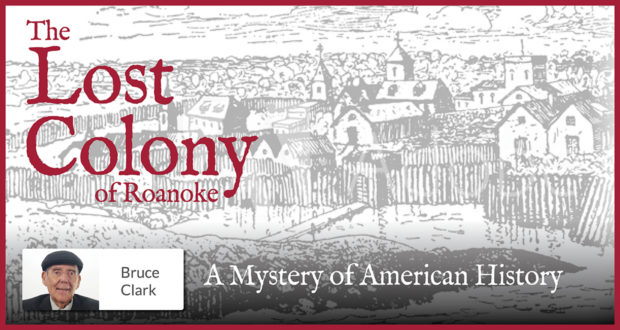 The Lost Colony of Roanoke – A Mystery of American History

Sir Walter Raleigh’s unlucky band of English settlers, “The Lost Colony of Roanoke,” is still, even after centuries, a baffling mystery of American history.

Historically, leaders of countries were always looking for more money, more possessions, more land, more power, and more prosperity. Great Britain was one of those countries in the 1500s when many European countries were looking for new lands to develop.

Sir Humphrey Gilbert, a somewhat obscure man, was an English explorer who tried to start a prosperous American colony in North America. His first attempt, in 1578, was a failure, but five years later, he tried again and finally reached Newfoundland, choosing for his colony an area near the modern-day city of St. John’s. Sir Gilbert then decided to explore the coast that lay to the south of his colony location before he returned to England. Unfortunately, his ship floundered during a fierce Atlantic storm, and he was never heard from again.

Sir Gilbert’s principal claim to fame, however, is the fact that his half-brother was the famous Sir Walter Raleigh. Sir Walter Raleigh, unlike his brother, was convinced that the winters in Newfoundland were too bitterly cold to attract even the hardiest English settlers. Nevertheless, he was interested in following his brother’s wish for establishing a colony in America.

Sir Raleigh was convinced that the warmer weather several hundred miles farther south would make a much more attractive location for a settlement for British immigrant families. Because he was a close friend of Queen Elizabeth, Sir Walter begged her for the funds to establish an English colony in the southern area of North America. The queen granted Raleigh’s request but agreed to fund the enterprise only if Raleigh agreed to remain in England and not take the dangerous voyage himself.

Consequently, in 1584, Sir Raleigh managed to recruit a hundred potential settlers to establish a new English colony in America. The British settlers finally set sail and eventually landed on Roanoke Island, which lies a few miles off the current coast of North Carolina.

As they started out, the colony seemed to prosper in the new land. However, as time passed, supplies and food became so scarce that, except for a few of the most determined settlers, many gave up and returned to England.

Sir Walter Raleigh, however, was not willing to give up, and he sponsored a slightly larger group of settlers in 1587. Led by John White, a group of one hundred and fifty English settlers landed at Roanoke once again. Unfortunately, history repeated itself. The 1587 effort was just as poor as the one in 1584. Once again, food and supplies were used up far ahead of projections. Either unable or unwilling, to trade for food with local Indian tribes, John White decided to sail back across the Atlantic Ocean and obtain more food in England.

While he was racing back across the ocean, however, the unlucky colony was destroyed, and the settlers disappeared. Historians and adventurers have never been able to discover the reason behind the colony’s disappearance. None were ever heard from again.

The incident has earned the unhappy name “The Lost Colony of Roanoke.” Even after centuries, it is still a baffling mystery of American history.