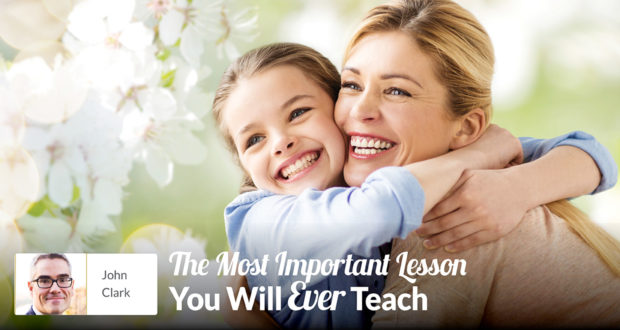 The Most Important Lesson You Will Ever Teach

Homeschooling moms and dads, if your son or daughter know that God loves them and they love Him, they are star students in the only class that matters.

Several years ago, I wrote an article for the National Catholic Register about Saint Dismas, the good thief who converted while he hung on his cross next to Jesus.

A few days after the article appeared, an acquaintance came up to me while I was writing, and very kindly told me how much she had liked the column. I casually thanked her and then went back to writing. But she continued, saying, “No, you don’t understand.”

She continued to tell me that she had given my column to a friend who had fallen away from the Catholic Church several decades prior. “Oh, thanks. That was nice of you,” I assured her, and went back to my writing. She said again, “No, you don’t understand.”

She told me that after her friend read my column, he came back to the Catholic Church and to the sacraments the very next day.

We Catholic apologists typically make very few dollars in our chosen profession, but our payment sometimes comes in ways that surpass all the currencies on Earth.

Incidents like these help me realize that—for all my weaknesses and faults and sins—I have the remarkable privilege of acting as a conduit of God’s grace. With my books, articles, and online courses, I have helped people draw closer to Mary and Jesus. It’s an honor I could never deserve, but only attempt to appreciate.

At this point, I’d like to inform you that I struggled with mathematics as a teenager. It took me over two years to finish Algebra I. I didn’t fair any better with Algebra II. Geometry? Forget about it. On a good day, I could tell you what a circle was, but little more. And since our STEM (Science, Technology, Engineering, Mathematics) focused society has deemed mathematics as one of the most reliable determinants of overall intelligence, I felt dumb.

In college, I took the lowest-level math course that fulfilled the graduation requirement: College Algebra. When I opened the book cover for the first time, it was like staring at my old arch-enemy. All these numbers and letters and brackets and parentheses and graphs and charts were still reminding me how unintelligent I truly was.

I could have taken the course as a freshman, but I put it off until the last possible moment—the second semester of my senior year. The freshmen must have wondered why a senior was in the class.

But there I was, every Monday, Wednesday, and Friday morning—showing my work and mercilessly wearing down pencil erasers in the process. I wound up passing the course, but just barely. If memory serves, I received a hard-fought “C.”

At this point, you might be wondering what apologetics has to do with Algebra. What does leading people back to the Catholic Faith have to do with solving for X? The answer? Nothing. Call it sour grapes, but the fact remains: Algebra has nothing to do with apologetics.

The Only Lesson that Matters

When it comes time to send in Quarter Report Forms or take tests, it becomes easy—all too easy—to forget that. But notwithstanding her lifelong focus on education achievements, my mother never forgot.

When we were being homeschooled in the 1980s, my mother would gather us together to say the Morning Offering after breakfast, Rosary after lunch, and the Memorare at the end of the school day.

My mother never panicked about my failures in Algebra—largely because she didn’t view them as failures. She probably never said, “Johnny, life’s not about the Algebra.

She probably never said, “Loving God and loving one another is—at the beginning of our days and at end of our days—the only lesson that really matters.” She didn’t need to tell us any of these things. She did something better. She showed us.

In the homeschool world, we parents can paradoxically become overly fixated on the academics of our children, and forget why we began homeschooling in the first place.

We become so focused on STEM that we lose sight of the rose. We can worry that our sons and daughters are “behind” in school.

But as a homeschooling father of nine, please let me assure you: if your daughter understands that God loves her, she is anything but behind. If your son loves God, he is a star student in the only class that matters. If your sons and daughters become discouraged academically, please remind them of this.

What really matters is the promise that Jesus made to Dismas—the same promise that He makes to all who love Him: one day, we will walk with Jesus in Paradise.

Being a Superman Dad in a Kryptonite World

It’s no secret that fatherhood gets a bad rap. In this culture, we fathers are often portrayed as extraneous morons, whose function in society is unnecessary. 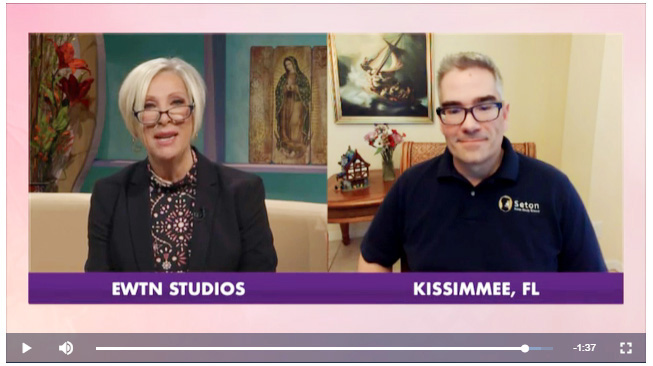 As society divorces itself from the need for Dads, we are coming close to becoming a fatherless nation. The really sad and tragic part of all this is that fatherhood—and the moral leadership of caring fathers—is needed in society more than ever.

A Guide for Fatherhood in a Hostile World

Of course, being a virtuous husband and father are tough enough in a world that celebrates these relationships; fatherhood in a hostile world is uniquely challenging. Yet, there are those men who embrace the challenge. In my mind, these men are superheroes.

I’ve been writing and speaking about this topic for years, and recently appeared on Johnnette Benkovic’s EWTN show Women of Grace to talk about it. I had a lot of fun making the show, which was filmed in part in my dining room. It was a welcome opportunity to examine these topics in some more detail.

I think the readers of my class columns will enjoy these programs. And if you would really like to delve into this topic, you will enjoy my latest book, How to Be a Superman Dad in a Kryptonite World, Even you can’t afford a decent Cape.

Thanks for watching. And thanks for reading.