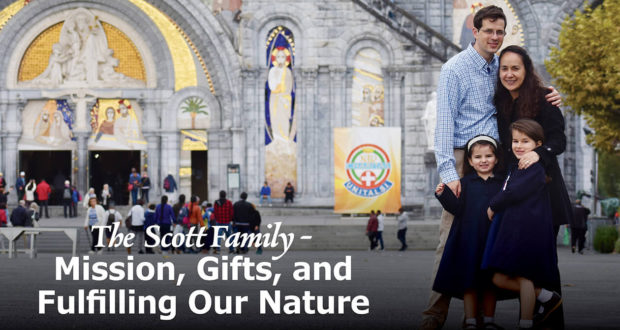 The Scott Family – Mission, Gifts, and Fulfilling Our Nature

On a mission to serve God and others with their gifts, homeschooling gives the Scott family order in a world of piano practices, recitals, and competitions.

I watched a video on Facebook of a Seton student, Marianne Rose Scott, daughter of Rosa and Marion, playing the piano in a prestigious competition and almost tumbled from my chair. Not only did her fingers dance on the keys, but she also was calm and composed as could be. My favorite part of the video, in fact, was when she nodded for those accompanying her to begin the piece.

And I then paid a visit to the Scotts by phone. 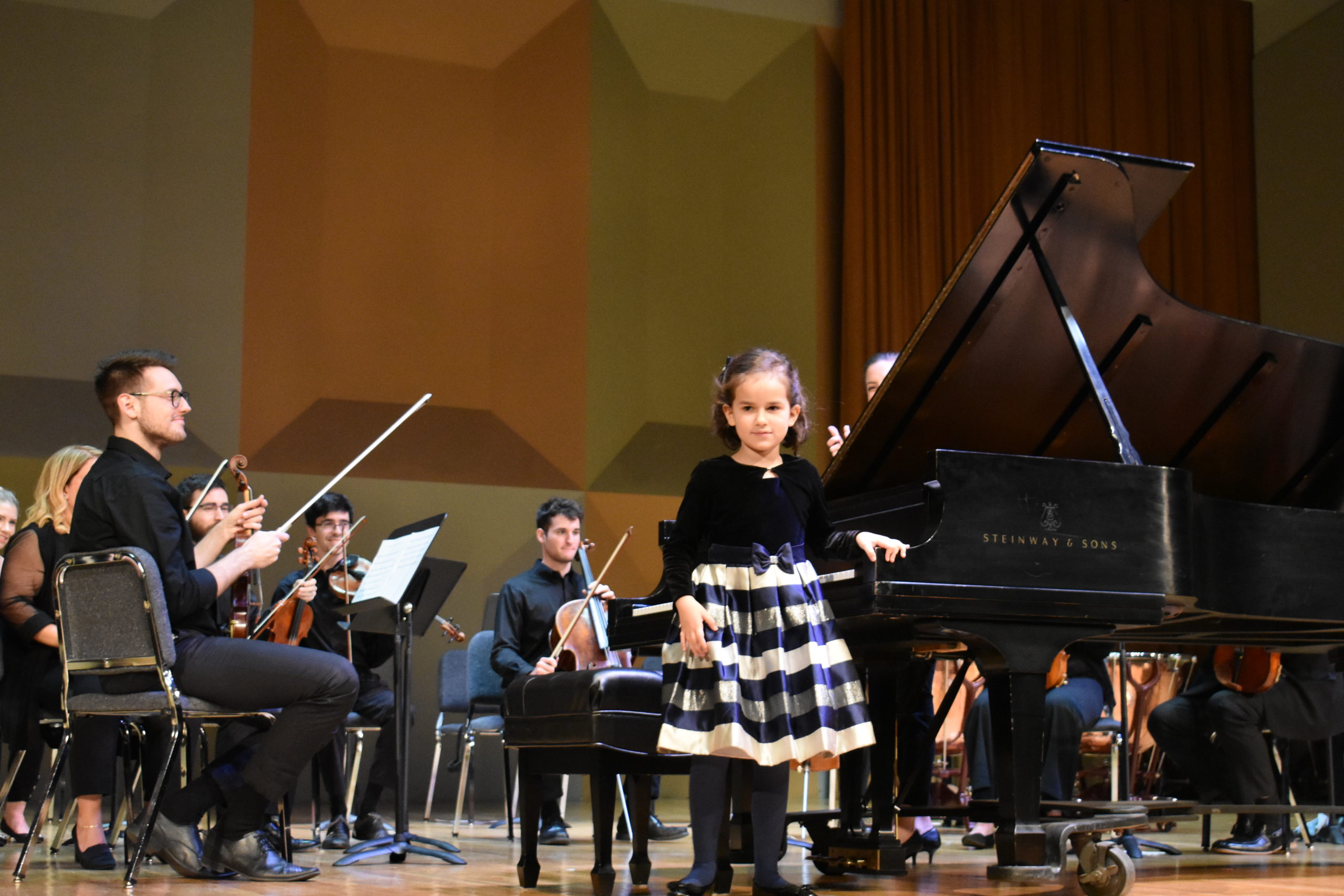 After speaking with Rosa and Marion, I clicked on their website at thescottduo.com, and almost fell out of my chair.

Here are two musicians who have not only won a list of awards and honors as long as my arm—better make that both arms—but who are in love with the faith and work for the Church. During our phone conversation, they mentioned they had attended various universities, including the famous Juilliard School in New York City, but they never once said anything about their many accomplishments. If there were a reward for humility, they would have yet another star to hang on their glittering string of achievements. 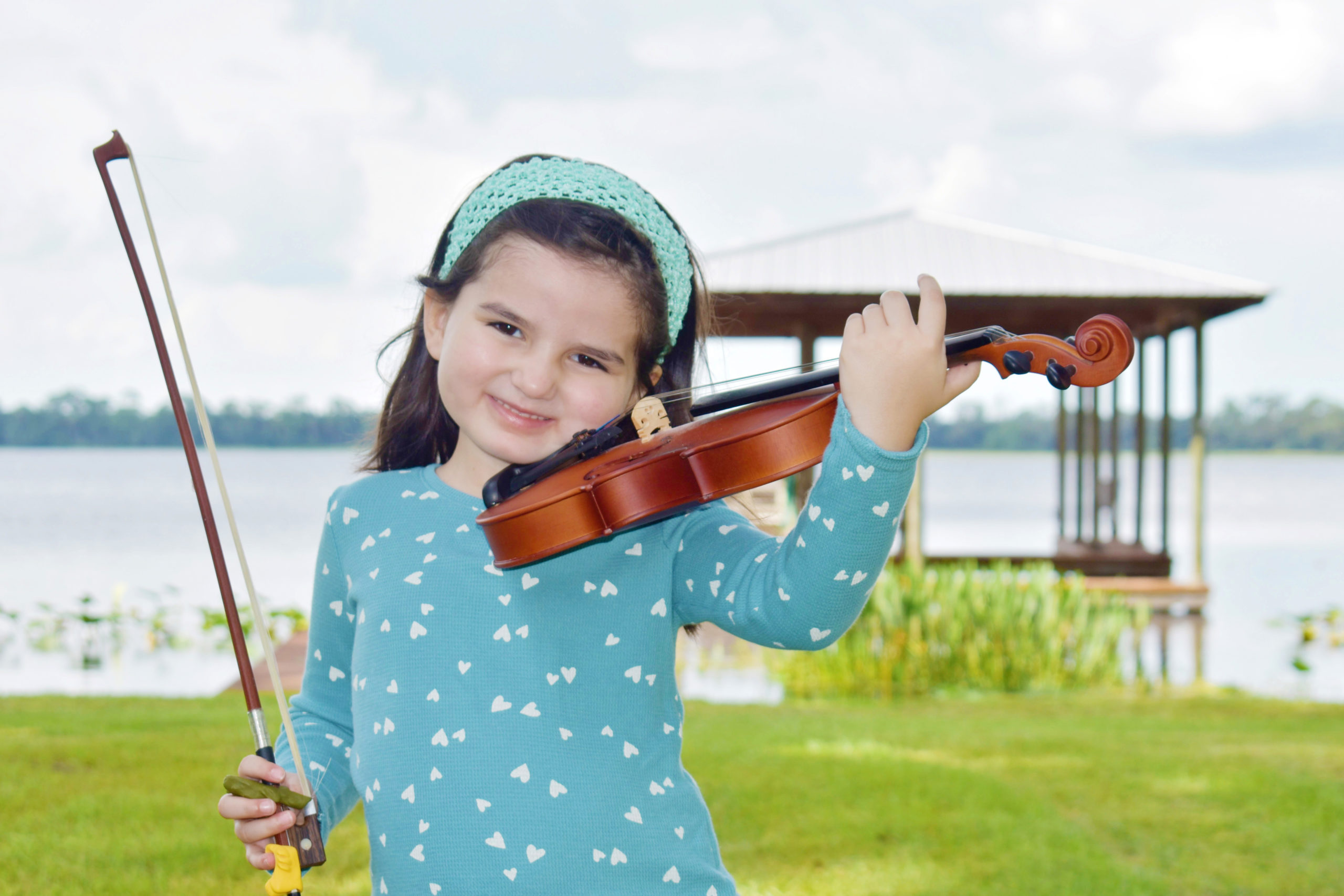 Now let me back up and return to our interview.

Marion Scott is a native of North Florida and Rosa hails from Lima, Peru and they met while studying at Juilliard.

After earning several degrees in music—you can find these on their website—they today live in Miami, Florida, where they are homeschooling their two daughters, 8-year-old Marianne Rose and 5-year-old Faith Eugenia. Both girls began playing piano before they were four years old—their parents are their teachers—and they are also studying the violin with concert violinist Mari-Liis Pakk.

An Education Centered on the Faith

Rosa was educated in a Catholic school in Peru and Marion was a homeschooler. When the time came to choose their educational pathway for their children, home education proved the most attractive route because it allows them to give Marianne Rose and Faith an education centered on the Faith. 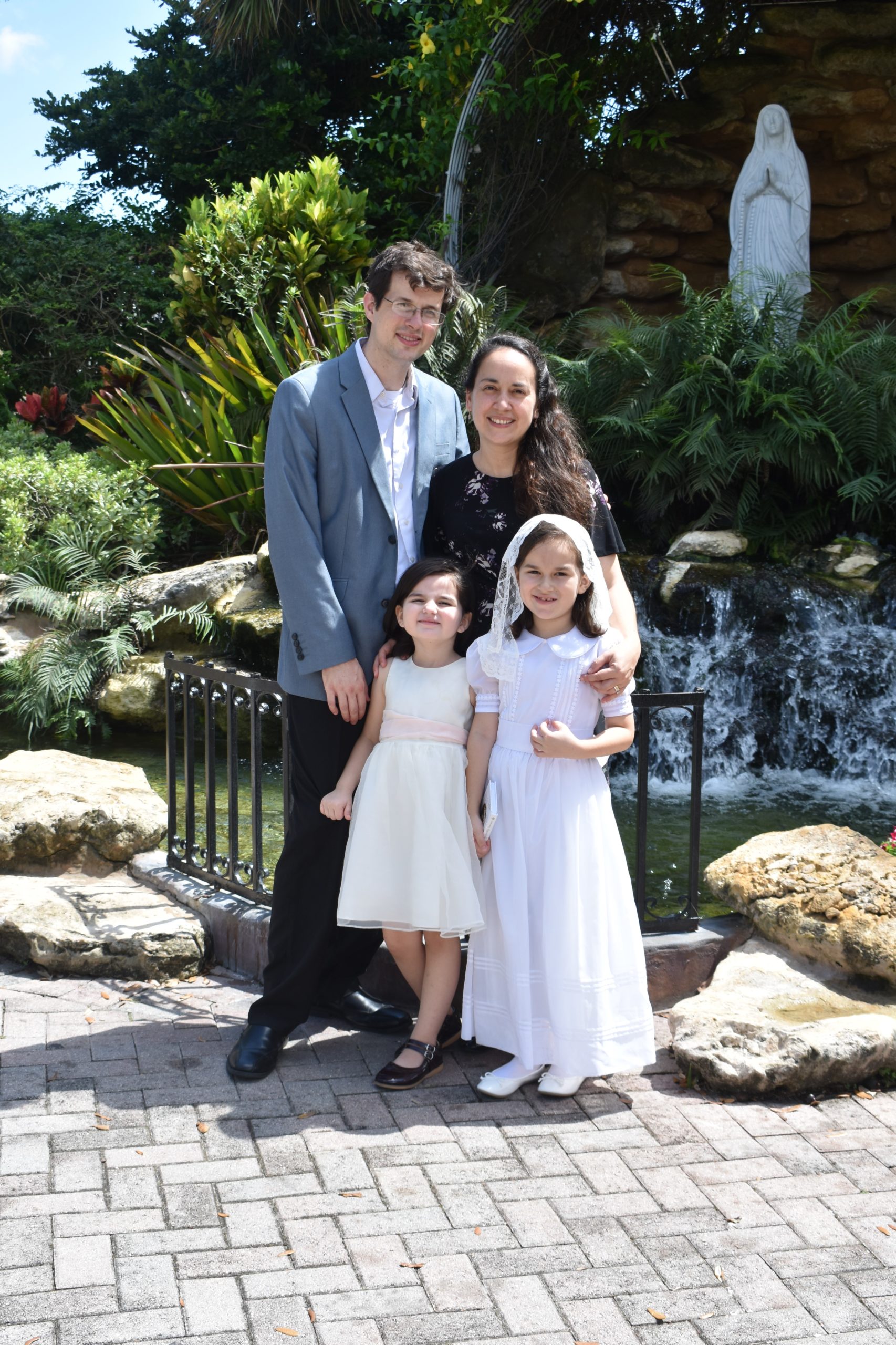 “The primary thing,” Marion told me, “was we knew we could bring our daughters up in the church and not have to deal with a lot of the indoctrination in the schools. Also, they can explore their God-given talents without social pressures, free to worship God and to follow their gifts.” Rosa added these thoughts: “We really emphasize that God has given them a mission and that he has given them a gift to develop and to serve others. We tell them their lives will be fulfilled by serving God and others with their gifts.”

In a follow-up email to our conversation, Rosa mentioned that in 2019-2020 she and Marion had taught CCD in their church, switching to distance learning once the pandemic struck. She also wrote that Marianne Rose “has a great love for the Lord. Even at age six, she would pray the Liturgy of the Hours before going to sleep.” On August 8th, the feast day of Saint Dominic, she joyfully received First Communion.

They also appreciate the time they are able to share with their girls and the flexibility homeschooling allows them in their work. “We’re able to spend every minute of their lives with them,” Rosa said. “Every day is a little adventure, and we can schedule learning experiences in different ways, like going to the Everglades or the zoo.”

A Day in the Life

Because both parents work for different churches, perform in several other musical venues, and teach piano lessons, they have arranged a schedule that allows one or the other of them to be with their children. “We do a lot of switching off,” Marion said.

When I asked what constituted a typical homeschooling day, Marion replied, “We tend to have breakfast and immediately start school. The girls focus better in the evening when it comes to the music. We probably start the school day at about ten and then after lunch, we do more school and sometimes take a walk. During the day and the evening, we usually do two or three short practices on the piano with Marianne Rose and Faith. We’ve found their attention span is better with the short practices.”

When I wondered what they considered the greatest difficulty in homeschooling, Rosa laughed and said, “Sometimes the scheduling is hard.

And sometimes when they take their breaks from their schoolwork, the breaks go on a little too long. So we keep a balance between their studies and time for play.” 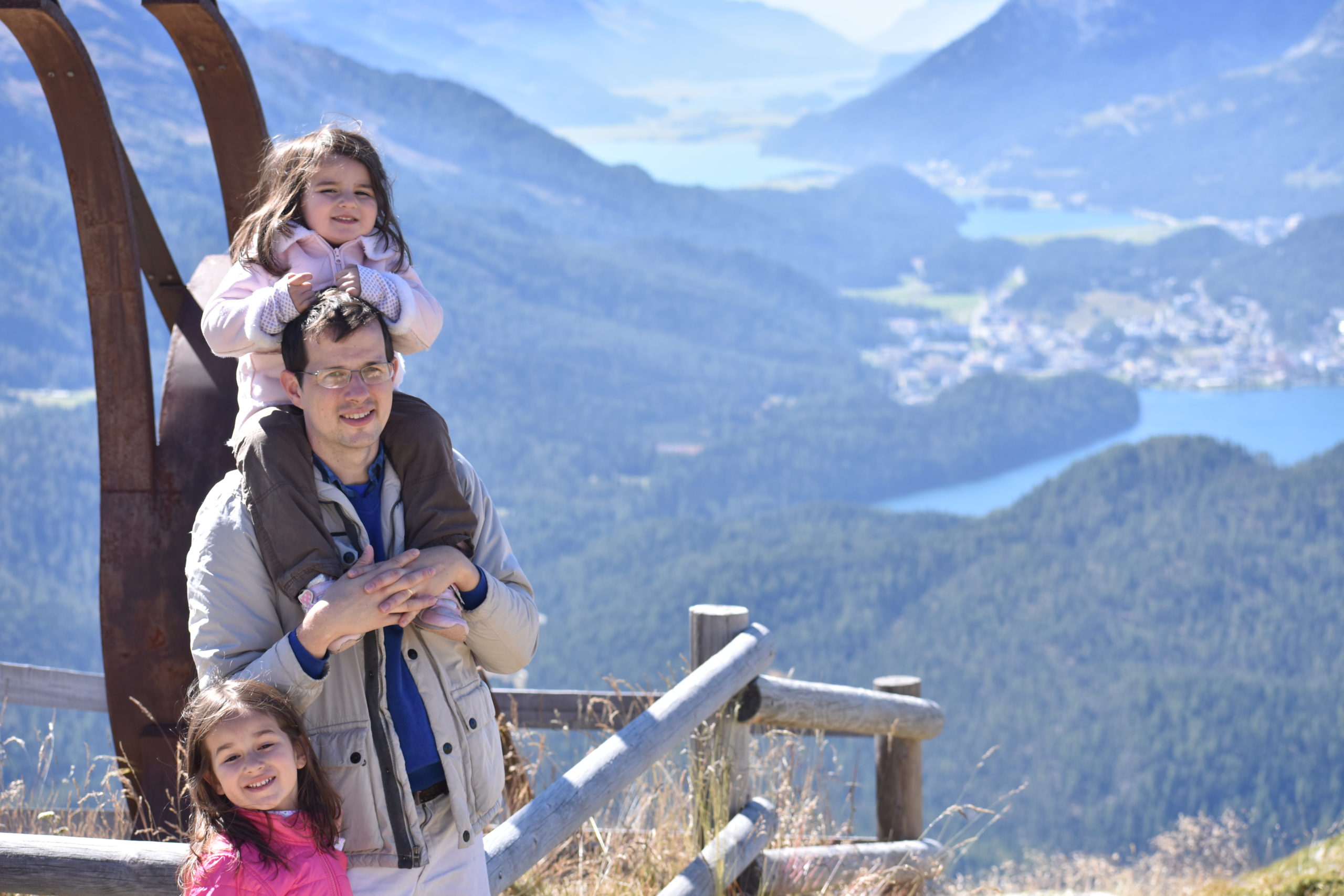 Both parents commented on the importance of time spent away from screens. Though Marianne Rose and Faith do watch shows like Veggie-Tales and some basic educational programs like math and spelling on the computer, their parents emphasize reading, exercise, and pursuing other non-academic interests. “When we turn off the screens,” Marion said, “it’s like a detoxification process takes place.” He paused, then added with a laugh, “Those screens are like a sugar hype for the brain.”

In addition to their piano practices, recitals, and competitions, Marianne Rose and Faith have other interests as well. Marianne Rose has taken up drawing, and her sister loves to be in the kitchen practicing the culinary arts.

A Change of Schedule

Like all Americans this past year, the Scotts were affected by the COVID-19 pandemic. The Catholic homeschool group to which they belong, Archangel, had to discontinue in-person meetings at the park and at Miami’s Shoenstatt Shrine, which the girls missed.

Though the churches for which the Scotts work have now fully or partially reopened, for months their work with the church choir was discontinued. They did continue providing music for live streaming, which as Marion said, “was a great blessing for our family because we never stopped receiving the Eucharist.”

Fortunately, they had purchased a 1915 Steinway piano from an antique shop—“Steinways like ours are hard to find in good condition”—and during the quarantine were also able to record their music at home. 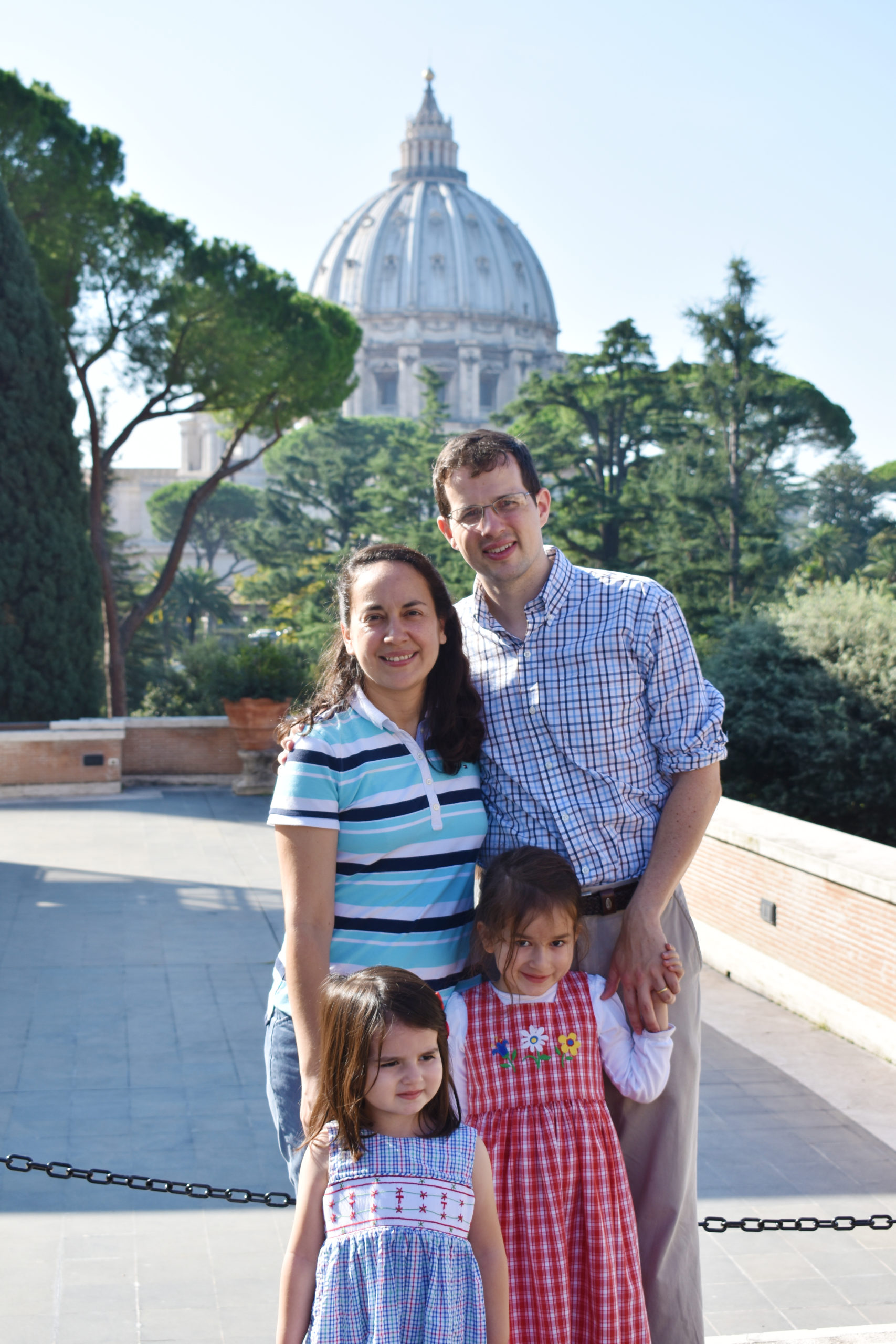 And because the girls were already homeschooling, the pandemic interrupted neither their academic education nor their piano lessons.

When I asked the Scotts why they selected Seton Home Study for their children’s academics, Marion said, “Seton covers all the subjects, which means I don’t have to put together with other programs. Plus, I like the fact that Seton is accredited.” Rosa agreed, and then told me she loved that the Catholic faith was taught not just as a separate course, but also throughout the program. She was especially pleased with the books used to teach religion, praising them for the beauty of their art and photographs.

Flames for the Future

After concluding our conversation and looking at the Scotts’ website, I thought for a good while about our visit together. As a nation, we are living in dismal times with no end in sight to our troubles. And yet, as I thought of the Scotts, I also thought of my children and grandchildren, and all those Seton families I’ve interviewed over the last few years that offered solace and inspiration.

Around this great country are hundreds of thousands, maybe millions of parents like the Scotts, who are teaching their children that they’re on a mission from God, that each of them has different talents, and that God is pleased when they try to make the most of those gifts. 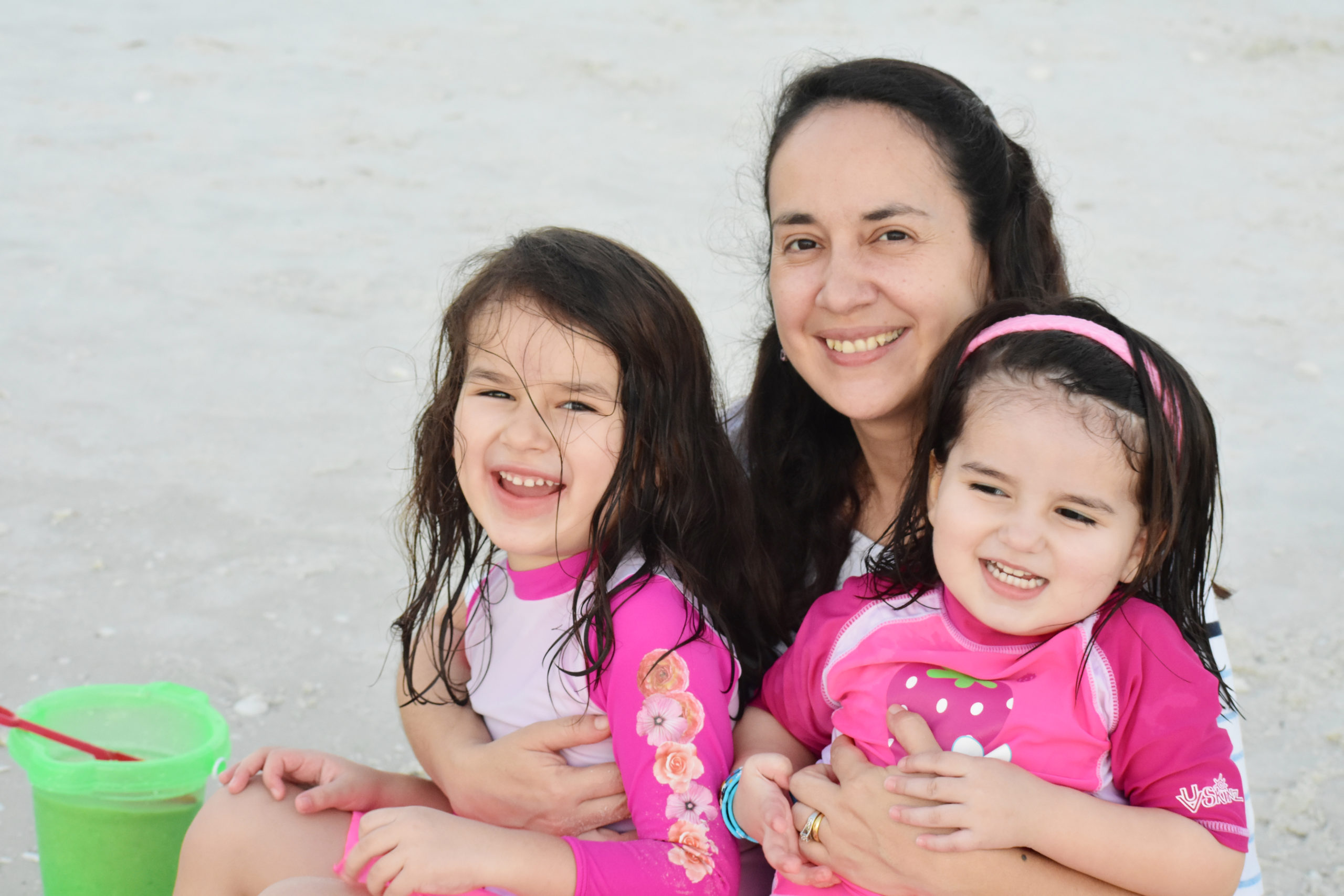 To the Scotts and their daughters, to my own children and grandchildren, and to all of you Seton families reading these words: let me end by saying you are candles in the darkness, the hope and the flame for the future.