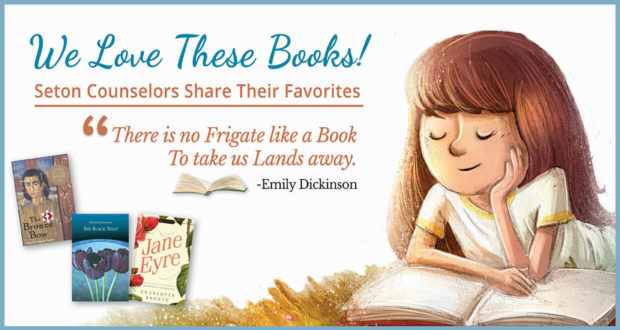 To encourage students to take up literature for learning and enjoyment we asked the Seton Counselors for their favorites from the Seton bookstore.

So ran the theme of a series of television ads decades ago, sponsored by the organization Reading Is Fundamental (RIF).

We hope to send that message to our students at Seton Home Study School. Moreover, we believe that a key building block of education is not only to learn how to read but to give a student a love for books that will last a lifetime.

As a result, we offer a variety of extracurricular books—some chosen for their Catholic themes, some for their high literary quality, and all for the sheer pleasure of delving into a good story—to encourage students to take up literature for learning and enjoyment.

And we decided to ask staff members to select their favorites from the Seton bookstore. Here are some of their choices.

First up is Director of Academic Counseling Gene McGuirk, who endorsed Angels in Iron, McCracken and the Lost Island, and Belisarius: The First Shall be Last. Readers who enjoy Belisarius might want to continue that story in Belisarius: Glory of the Romans.

Academic Counselors Theresa English and Laura Clark are both C.S. Lewis fans. Laura recommends that students read all of the Chronicles of Narnia in the published order, not chronologically as some arrange them today.

She relates that The Lion, the Witch, and the Wardrobe remains her favorite of the series.

She is also an admirer of Lewis’s Space Trilogy, which she reads every couple of years—in fact, she’s currently rereading That Hideous Strength. Her favorite of the three is Perelandra, but she points out that to get the most out of that story, “You really need to read Out of the Silent Planet first.”

Another cheerleader for Lewis, Theresa English, also recommends The Crystal Snowstorm, which is in the Seton bookstore, and its sequels, like The Rose and the Crown, which Seton does not sell yet. She also likes George MacDonald’s The Princess and the Goblin, which she hopes will be “joining our curriculum at some point.”

Sean is also a fan of The Black Tulip, Alexandre Dumas’ novel set during the tulip mania in the Netherlands. The other titles on his list are A Tale of Two Cities, Great Expectations, Ivanhoe, and The Bronze Bow.

At the opposite end of the academic spectrum, Elementary School Counselor Laura Fusto chose Sets 1 and 2 of Catholic Children’s Treasure Box, writing:

“These books were saved for special daddy/daughter time reading in the evenings. Geared toward three to six-year-olds, these sets of books are filled with Catholic-themed short stories, poems, and activities. Our girls are grown, and we have passed our set of books on to another young family. However, we will certainly gift a set of these books to each of our girls as grandchildren arrive.”

Hooked on a Series

Seton Magazine Editor Mary Ellen Barrett rounds up the survey with her advice for young readers. 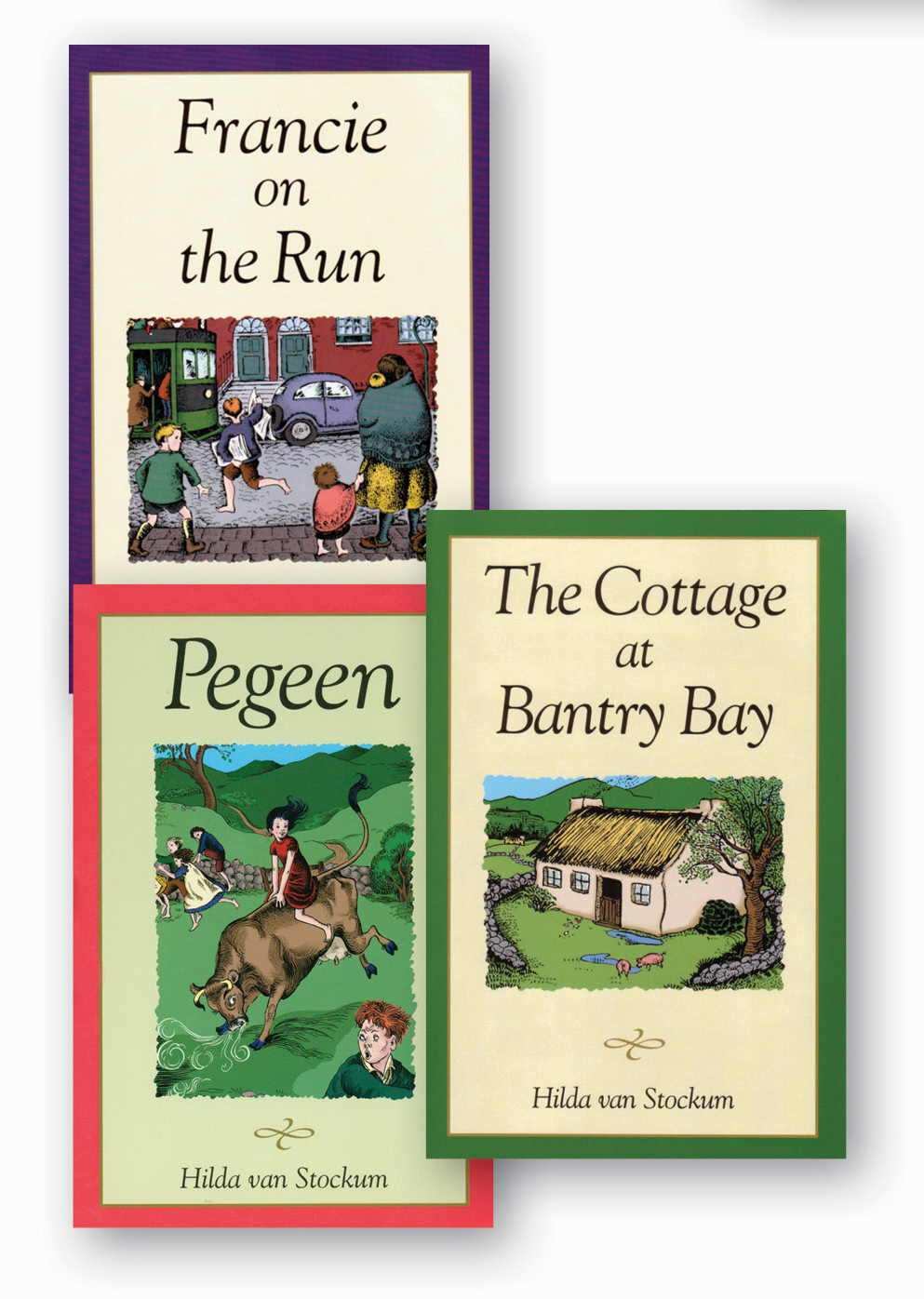 “I have always begun our school day with prayers, reading about the saint of the day, and then about twenty minutes of my reading aloud a novel for us all to enjoy. It was my sneaky way of getting them hooked on a series such as the Bantry Bay Series. I started with The Cottage at Bantry Bay, and it became a favorite of my daughter Bridget, after which she devoured the other two in the series, Francie on the Run and Pegeen.

“For my sons, reading The Hobbit turned them into Hobbits, Dwarves, and Gandalf for an entire year, which led to everyone reading the Lord of the Rings trilogy. These provide some of my happiest homeschool memories, and I’m grateful they still let me read to them most days.”

“There is no Frigate like a Book,” wrote poet Emily Dickinson, “To take us Lands away….”

But that same frigate can sail straight into the heart, bearing a cargo of laughter, tears, and wisdom, broadening our souls and making us more fully human.

Let’s make this the year to board that ship of books and read, read, read.