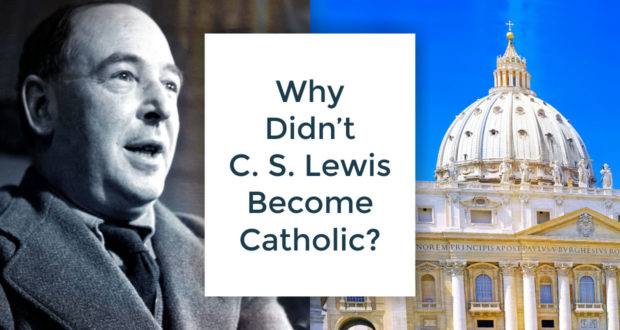 The great Anglican apologist C. S. Lewis was raised in Belfast. I believe it is “hearsay” evidence, but for what it’s worth, I once heard Catholic philosopher and apologist Peter Kreeft in a radio interview speak about a discussion between Lewis and J. R. R. Tolkien (of Lord of the Rings fame), in which Lewis was asked why he hadn’t become a Catholic. Lewis is reputed to have replied (paraphrase): “If you had grown up in Belfast, you would understand and wouldn’t ask me that question.”

Tolkien also is reported to have referred tongue-in-cheek to Lewis’ “Ulsterior motives” for not becoming Catholic.

If this is a true report, I think it is at least admirable of Lewis to honestly admit his biases (we all have them), and to acknowledge that they had a sort of irrational but profound effect on his position.

In summary, Lewis’s religious upbringing seems to have been characterized by an inherited anti-Catholicism, whether implicit or explicit, . . . (p. 5)

Why? Both Christopher Derrick, Lewis’s student (author of “C. S. Lewis and the Church of Rome”: Ignatius: 1981), and Joseph Pearce, Lewis’s biographer, give the same answer: he was born in Belfast and knew his prejudices sat deep.

Thus, both authors who wrote books specifically devoted to Lewis and Catholicism, give credence to this theory, and a major Lewis scholar today, Peter Kreeft, concurs with it. All three men are or were Catholics (Derrick died in 2007).

I remember Dr. Havard saying, “Jack, most of your friends seem to be Catholic. Why don’t you join us? Aren’t you tempted?”

Lewis replied that the important thing was to make one’s submission to a Christian church. Which branch of the Christian church one chose was far less important. And he said he was not tempted to share what he called “your heresies.”

“Well, here are two — the position you give to the Virgin Mary and the doctrine of papal infallibility.” But he refused to discuss them. He attributed his prejudice against the Roman church to his upbringing in Northern Ireland. If it had not been for him, Warren [his brother] would almost certainly have been received into the Roman church. . . . When he wrote that he was shortly to be received, Jack immediately traveled to the hospital to prevent it. He argued not only with Warren, but also at length with the parish priest. In describing the event to me, Warnie commented, “Jack did not always get the best of it.” Warnie also remarked that he had hardly ever seen his brother so upset. We should not assume that his objections were mainly doctrinal. I think his rather violent reaction was caused by the fear of anything that might come between him and his beloved brother. All the time I knew him, Jack was about as nonsectarian as it is possible for a devout Christian to be. . . . I agree with Derrick that Lewis was nearest to becoming a Roman Catholic in about 1950 . . . (pp. 421-422)

Lewis’ reticence and “nonsectarian” approach is almost summed up in a remark he made in a 1950 preface to a French edition of his book, The Problem of Pain: “I leave matters of religious controversy for theologians.” He felt deeply the scandal of Christian division (which is a good thing), and as a result decided to not talk much about the deepest differences, thinking that it contributed to the scandal of Christian disunity.

This is an honorable motive in one large sense, but is ultimately unacceptable from a Catholic point of view, since we believe that there is one Church and that there are compelling biblical and historical arguments in its favor. Lewis (as Protestants formally do) greatly underemphasized the importance of the doctrine of the authority of Church and tradition (or what is called “the rule of faith”) in a way that a Catholic must respectfully disagree with.