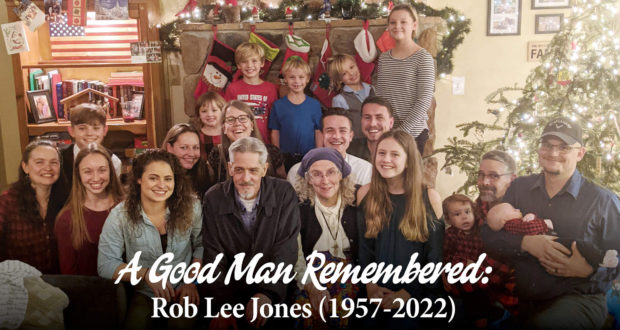 The good done by husband, father, and teacher Rob Lee Jones remains alive in this world, in the work he left us, and the lives he touched.

On the morning of January 3, 2022, 64-year-old Rob Lee Jones of Front Royal, Virginia, died in his home after a long battle with COPD. He is survived by his parents, his wife Margaret, their six children and 11 grandchildren, and two siblings.

His obituary notes that “Rob loved listening to music and sitting on the porch, especially with his beloved children, warm sunny days, and extra hot coffee.” 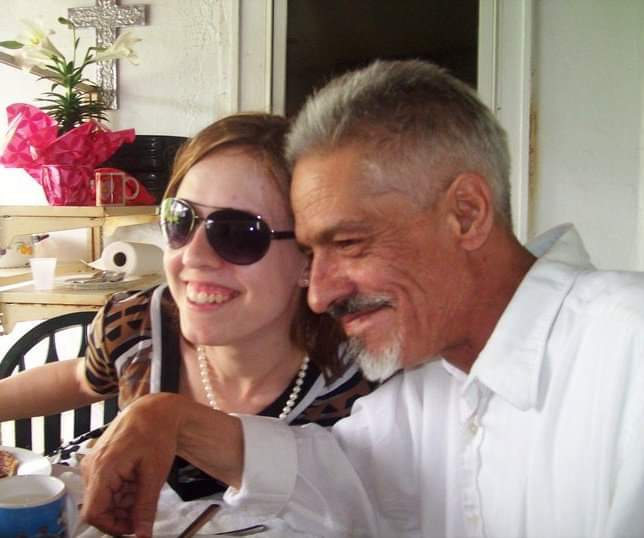 Rob also leaves behind a shining legacy in character and education at Seton Home Study School and with those who knew him.

Below are just three takes on this remarkable man.

For years, Seton’s General Counselor Cecilia Sauer worked closely with Rob as he created the Seton math books for grades K-5. “He wrote the books,” she says, “and I would edit and proof them.”

She explains that Rob brought some wonderful talents and discernment to these projects. He’d taught math for 40 years, and in creating the Seton elementary math series, he examined many different textbooks and then “took his own approach.”

“I especially love his word problems,” she says with a smile, pointing to a third-grade lesson on decimals invented by Rob that includes problems like this one: “Mark was trying to raise $100 towards his trip to Fatima with Fr. Fox. So far, he had $35. What decimal part of his goal had he reached?”

Again and again, Rob blended the Faith into these arithmetic lessons. “We get a lot of good feedback on our math books,” Cecilia says.

In the paragraphs below, John Echaniz recalls Rob’s extraordinary talents as a mentor, a supervisor, and a counselor:

As a college student and later as a fresh-faced graduate in the early 1990s, I had the good fortune to work under Rob’s watchful eye in the Teacher’s Department.

We managed the grading of student work and counseled students and parents by phone when various academic (or other!) challenges arose in their homes. Rob’s personal homeschooling experience translated to a gentle and patient demeanor on the phone with an anxious mom who felt a little overwhelmed in juggling multiple grade levels or a teenager who couldn’t quite wrap his head around a geometry proof.

He set a high standard for the rest of us and was a great sounding board when we needed help assisting those students and parents in need. We never knew what unexpected challenge we would encounter next, and he was ready for anything.

He loved deep conversation and often challenged your assertions, making you think through and articulate your thoughts and opinions. Every wide-eyed twenty-something college kid should be so lucky to have someone to keep him honest as he ventures out into the world.

When Clare Schmitt speaks of her dad, the affection in her voice is as warm as sunshine.  Like most of her siblings, Clare was home-educated through high school. She and her husband Carl, who works in Seton’s computer department, are parents of two teenagers.

When asked, Clare shared some thoughts on her father’s educational philosophies.

“He believed education starts with teaching people how to think. As he would often tell us, ‘All the book learning in the world isn’t going to do you much good if you can’t think critically.’”

Her dad was also a proponent of the 3Rs approach to education: the mastery of reading, writing, and math. Those, Clare says, were the learning tools he constantly stressed.

He also emphasized at both work and home that “one size doesn’t fit all,” meaning that students are individuals who bring different talents and interests to the table.

Clare offers herself as an example of this approach. “I didn’t inherit my family’s genes for math,” she says with a soft laugh. “My dad wanted me to fall in love with math, but he finally embraced that I would never love math the way he did. And so, he leaned into my reading and writing. We’d discuss books for hours, and he was a great critic of my writing, helping me build my skills. He stressed clear thinking and structure in my compositions. There was no right answer, so long as I could defend my position.”

Clare credits her parents’ instruction for her mostly straight-A record in college and her current position as Chief of Staff where she often writes professionally. “Dad could be a harsh critic,” she says, “but without that, I wouldn’t have a successful career.”

In his funeral speech for Julius Caesar, Shakespeare’s Marc Antony says of the dead, “The good is oft interred with their bones.”

Not so with Rob Jones. The good done by this husband, father, and teacher remains very much alive in this world, visible in the work he left us and the lives he touched.