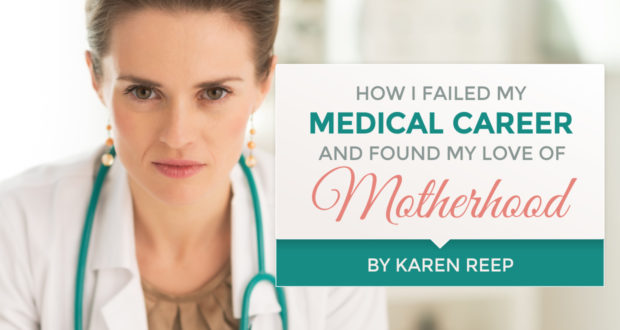 Becoming aware of your blessings is sometimes a challenge. Take it from me. I am a wife and mom. I have always been “Mom” first. Everything else is secondary. That is what I have told myself.

My friends, I am a liar.

A year ago, I was caught up in this lie. It is important for me to admit this to you, and to myself. I am admitting this FOR you as well, so that you may learn from my mistakes.

I Wanted It All

You see, I wanted it all, like all girls do, who were brought up to believe you could have it all. I only wanted a career, many children, a beautiful home and two cars/SUVS in the driveway.

I also desperately wanted to please my father, whom I had deeply disappointed by becoming pregnant and marrying at eighteen. He had always urged me to go back to school. I married young. I was eighteen. My first daughter was born that year. I stayed home with her almost five years before we had our second daughter. It was wonderful.

Then my friends began graduating from college. Everyone was beginning their careers. My father was pressuring me to go back to school, big time. It began to bother me that my husband and me lived in a two bedroom apartment. I wanted a house. We had a nice, new car. But I wanted another. Everyone else had two.

So, I took the plunge. I did not test the waters. My youngest baby was only one. I tore myself from her every evening to go to class. She suffered. She missed me. I knew this, but I pushed it to the back of my mind. I was doing this for her, I told myself.

Time passed. We moved across the country. I kept going to school. And I kept having children. I believed I was practicing my Catholic faith and helping my family. I was a true multi-tasker. While I was pregnant with my fourth child, I set my sights on nursing school. I would have to compete academically to get into the program. It consumed me for years.

My first-born son was my fourth child. He was a gift from God to be loved and nurtured. However, it was not a great time in our family. My husband changed careers, and he was unhappy. My mother was living with us temporarily and having some marriage and health issues. Stress was paramount.

I pushed myself harder, believing that earning this degree would save us all, somehow. But the more I pushed, the more I failed. I began to repeat classes. Debt accumulated quicker than I could believe.

And I became pregnant again.

When my fifth child, a son, was a year old, I was accepted into a nursing program sixty miles away. On top of driving one hundred and twenty miles round trip every day, I had to study like the dickens just to keep my head above water. I also was a wife and mother to five children who needed me. I began to struggle: physically, emotionally, and spiritually. And do you want to guess what happened? Yep. I failed the semester.

Desperate to redeem myself, I quickly reapplied and was reaccepted. The next time around I was more prepared, but it was no less rigorous. Again, my children suffered so that I could prove myself. My family barely saw me, my house was a disaster, and we barely went to Mass. But hey, I was passing the program.

Then something happened that was so incredible and so unplanned, my husband and I were speechless for hours. I found myself completely and utterly pregnant again. The morning sickness was horrible, probably due to my stressful schedule and home life. I struggled with assignments and clinicals, but I passed my exams. Then I was unexpectedly hospitalized. I could not make up the required assignments, and with many tears from my instructors, I was dismissed. I was devastated. My dream of being a nurse was dying. I became depressed.

I was to be a mother.

Reading daily Scripture became a morning ritual. I gave my day to Him, before anything else, and I began to feel the burden and stress of school leaving me. I realized that although I had been home the whole time, I had been absent.

Time had passed quickly. I told each of my children I was sorry. I asked their forgiveness. The love they have in their eyes when they look at me is more rewarding, more precious to me than any amount of money, a car, or a house. My children talk to me about anything now. This is a gift from God.

God gave me these children because He loves me. I am responsible for their souls. It took me years of frustration and disappointment to open my eyes to His precious gifts. I thank Him for this sacrifice of staying home with my children and giving them a Catholic education. It is this love for family and home that God wants us to cultivate. He rewards those who embrace His calling.

I have plenty of time to go back to school. These days at home with my babies are numbered and oh-so-few. Thanks be to God. 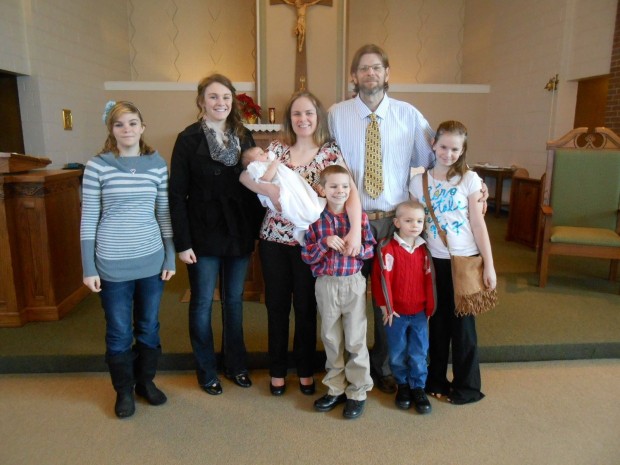 Our children attend the Catholic school and our older children are going to be homeschooled next year. I am excited to embark on this journey! I have learned a great deal from the Seton Home Study website and look forward to implementing it in my home next year. I am one class away from a bachelor’s degree in health science from Wichita State University. I have an associate of arts from the same institution.

Hello! I am a wife and SAHM of six wonderful children, ranging from eighteen years to nine months. I have been married for eighteen years to my husband Anthony, and we live in a small rural community in southern Kansas. Homeschooling is the next part of the journey!