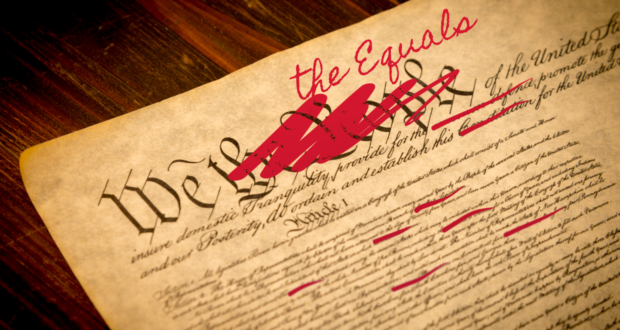 The gatekeepers of higher education have now leveled their red pens to one of the last vestiges of objectivity and scholarship in national social studies: the AP exam.

According to a recent Breitbart article by Jane Robbins and Larry Krieger, a new course framework for teaching AP US History is being rolled out in schools across the country. This framework, created and tested by the College Board, will focus not on the standard bearers of American achievement, such as George Washington and James Madison, but primarily on political hallmarks, such as the oppression of racial minorities and women.

In spite of the new focus, the framework’s authors insist the new standards offer teachers flexibility about what is taught. Yet when we see the College Board’s suggested examples for covering topics such as “new voices for national identity,” those voices belong to political activists such as Lydia Maria Child, the Sierra Club, and Gloria Steinem. Traditional American heroes are overlooked.

A deeper look into the framework confirms the shift in historical focus and is even more revealing. Promotion of “historical thinking skills” and “thematic learning objectives” are the new criteria on which the student will be tested. What does this mean?

No longer will an impressive knowledge of actual facts—dates, characters, events, and the stories they create—be considered the defining mark of a budding scholar. Instead, facts are being de-emphasized, with the result that important knowledge will become whitewashed and eventually, culturally lost. I daresay that this is the goal.

After gaping at the new AP framework, I am left with three distinct impressions:

First, there is an implicit assertion throughout that one can know much about history without knowing much about what actually happened.

Second, this is not just about knowing a specific set of facts. The framework is designed to control how one thinks about history.

Seton’s high school history courses, while not designated “AP,” are universally challenging. They are designed with the intent that the student approach history, not from a mechanical point of view that avoids the deeper questions, but from a Catholic and personal narrative perspective. Emphasis on actual stories and their accompanying facts give resiliency and life to our perennial study of history and helps shape who we are as Catholics and Americans. Accurate historical knowledge is becoming less and less common among people in our society, and so it is up to Seton families to educate them.

The College Board has set a dangerous precedent and taken the country, in the world of education at least, one step further past the guidepost that marks the decline of our civilization. A culture’s health is measured in some way by how it honors its stories, heroes, and traditions. In redefining what history means and which history is important to prospective college students, the College Board begins an Orwellian re-write of our national heritage.

Nick Marmalejo, a history major, graduated from Christendom College in 2001. He holds a Virginia Teacher Certification and lives in the Shenandoah Valley with his wife and three children.