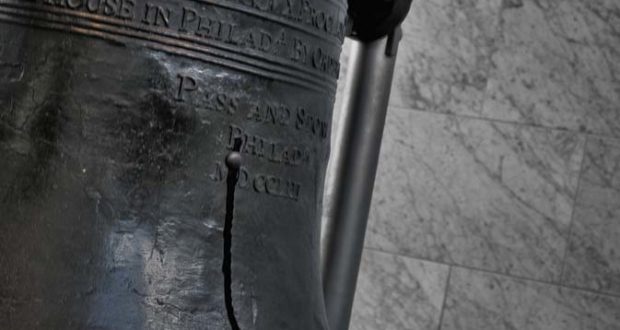 Philadelphia, The Cradle of Religious Liberty

Ginny Seuffert helps counsel parents here at Seton, and often shares with them different places to visit for hands on experience to learning history!

The World and American history tests, especially the essays, really require the students to bend their brains and analyze the material, an activity that many teens would just as soon pass on. Parents, try to kindle a passion for history in your homeschooled students with books, especially biographies, movies, and class trips.

Catholic students must appreciate the importance of understanding history, especially that of our own nation, and just how critical the lessons of the past are to the decisions of the present.

My daughter Carol (Seton ’98) recently spent the morning in Old Philadelphia. As her university degree is in history, she was enjoying some rare time alone touring the city that justly calls itself The Cradle of Religious Liberty in the United States.

The Pennsylvania Colony not only tolerated, but actually encouraged religious diversity, and theirs is a compelling story. To learn more about Philadelphia’s historical congregations visit: www.holyexperiment.org.

The story of one particular congregation, Old St. Joseph’s Catholic Church, is particularly significant. Very early in the 18th century, Catholicism was suppressed in the formerly tolerant Maryland Colony, and Catholic worship was confined to chapels on private lands. (You can visit a 20th century reproduction of Bishop John Carroll’s private chapel in Forest Glen, near Silver Spring, Maryland.)

A “Popish Chapel” was first erected in Philadelphia in 1733 under the direction of Jesuit Father Joseph Greaton. Evidently the Pennsylvania Quaker’s legendary tolerance did not extend to “Papists”, and tradition holds that the church was leveled no less than three times by British soldiers.

An appeal was made to the local governing body to stop “the publick celebration of the scandal of the Mass” as being contrary to British law, but that body held that Penn’s Charter of Privileges, the colonial constitution, took precedence over English law. The chapel remained and flourished.

This is what Fr. Greaton stated at that time, “We are, and of right ought to be, free and independent of all civil authority, retarding, restricting or debarring religion. It is not toleration we claim. It is freedom we demand and will maintain.”

Bravo! Today, when many see religious liberties are being threatened, the words of this brave priest ring out from the past.

Sadly, in too many classrooms, history has been reformulated to serve political correctness and denies students the scope, drama and truth of what really happened.

Encourage your children to gain an in-depth knowledge of our nation’s history and an ardent love for the truth.